COMMENT: Uzbek government preparing to privatise some of its industrial crown jewels 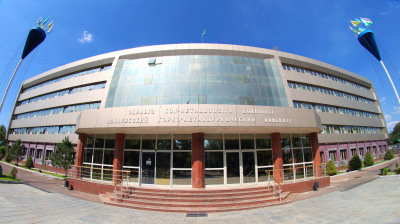 The Almalyk mining company, one of the biggest companies in the country, has been provisionally listed for privatisation
By Fiezullah Saidov in Tashkent February 29, 2020

However, the partial privatization list includes some of the crown jewels of Uzbek industry, such as nation’s biggest gold mine, the Navoi Mining and the diversified minging company, Almalyk Mining.

Also on the list is the state-owned telecom’s monopolist Uzbektelecom, the national carrier Uzbekistan Airways, the state-owned oil and gas company Uzbekneftegaz, the mobile operator Coscom and more.

The state is keeping a few cards in its hand and certain companies will not be privatized, such as Uzbekistan Railways, the strategically important National Bank for Foreign Economic Activities and banks that have social projects such as AgroBank, UzAvtoSanoat.

However, the initial privatisation list has enough of the really valuable company on it to generate real interest from strategic international investors to make the auctions highly attractive and get the ball rolling.

In addition to the privatisation list, there is another more modest list where SAMA is hoping to attract strategic investors to make foreign direct investments in the companies under a public private partnership structure. These are mostly social enterprises.

There is also a long list of state-owned companies that will simply be liquidated, sold for their a real estate, or be incorporated from purely state bodies.

Uzbekistan, unlike Russia and Kazakhstan and other ex-Soviet Republics, did not go through the large-scale privatization of the 90’s and held on to most of its crown jewels, especially enterprises that employed a lot of people. In this sense the former president Islam Kairmov soften the blow of the collapse of the Soviet Union by maintaining in part the Soviet system of large enterprises that provided not just employment but many of the social needs of society like housing, schooling and health care. The new government of Uzbek president Shavkat Mirziyoyev intends to start the long overdue process of privatisation and taking the government out of the economy.

This is change of mindset. Previously competition was viewed as a waste of resources and valuable hard currency. That led to Uzbek industries and the finance sector to lag its neighbours’ for about 20 years.

Independently, of SAMA’s reform efforts, banks have embarked upon a large scale transformation process, where IFC, EBRD and other  development banks and advisory firms helping the banks to introduce modern banking organizational structures, centralizing operations and making them client centric. Indeed amongst the first steps taken towards privatisation has been the liberalisation of the rules on foreigners owning the share of banks that was put in place last year.

The recently announced privatization strategy should also kick start the introduction of these modern management methods in the country’s crown jewels and other industrial and service companies in the country with the help of strategic or financial investors.

The privatisation programme will take time to implement as the government still simply lacks enough qualified or experienced personal to make the reforms happen as fast as the president would like, but the process is now clearly moving off the drawing board and into a practical phase.