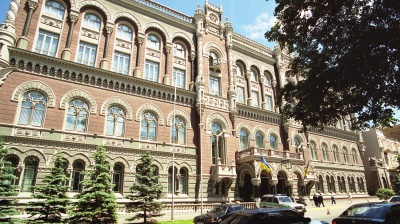 Reforms by the National Bank of Ukraine have put the country on a better footing to tap international capital markets this year / wiki
By Peter Simon in New York March 20, 2019

In a recent report, analysts at Goldman Sachs claimed that participation in Ukrainian local debt auctions could rise between 15% and 30% this year, accounting for an extra $2bn-$6bn in capital. An increasingly stable macroeconomic picture coupled with heavily-discounted assets has improved the country’s investment outlook.

And Ukraine needs to go back to the debt market. A new International Monetary Fund (IMF) Stand-By Arrangement was signed in December that should see $2.6bn distributed this year. That will also unlock another several billion of distributions from other donors like the World Bank and the EU. But debt that was restructured five years ago is about to start coming due and Ukraine needs to refinance a debt mountain in the next two years from currency reserves of only $20bn. Ukraine is going to be heavily dependent on the international capital markets for the foreseeable future.

After the naval clash between Russia and Ukraine in the Kerch Strait in the Sea of Azov in November, investment into Ukraine was expected to dry up. Recently however, reforms by the National Bank of Ukraine (NBU) and the Ministry of Finance have helped to spur fresh inflows. On March 13, Ukraine’s Ministry of Finance issued $350mn of 2028 Eurobonds at 9.75%. This debt offering is expected to be the first among many that offer extremely high returns in a yield starved global environment.

Secondly, and perhaps more importantly, the NBU and Clearstream—an international central securities depository (ICSD) based in Luxembourg— signed an agreement on March 13, in what could be a revolutionary event for the market.

Membership of Clearstream will allow foreign investors easily access to Ukraine’s local government bonds, allowing them to trade Ukraine government debt from their desks in London, New York and elsewhere. When the same reform was introduced in Russia in 2012 it transformed the market and lead to tens of billions of dollars flowing into Russian debt.

Clearstream gives international investment managers uninhibited access into Ukrainian debt, thereby increasing liquidity and diversity in domestic high yield securities. Currently, foreign ownership of Ukrainian government bonds stands at a measly 1.3% of the total outstanding debt—which amounts to UAH9.3bn. (Foreign investors share in the Russian debt market rose to a peak of 34% last year, but has fallen back somewhat since then on sanction woes.) Clearstream’s involvement will bring greater balance to the ownership structure of the bonds.

Despite the clear attractiveness of the Ukrainian market, Ukraine’s macro economic picture, that underpins the bond market, presents a mixed bag. On the positive side, Ukraine has recovered strongly from its near complete economic collapse four years ago. Its central bank governors —Yakiv Smolii and Valeriya Gontareva — have performed their roles diligently and won praise from the international community. Inflation has recently declined to 8.8% y/y compared to the 9.2% reported in January and double digits during the economic collapse. The NBU has proven increasingly transparent and efficient in managing domestic inflation rates. They have held steady at 18% and are expected to remain unchanged until after presidential elections, but could be cut later this year. Only four years ago, Ukraine reported inflation rates of 48.7% due to forced imports stemming from Russian aggression and the government’s decision to raise the price of natural gas. Inflation has been reigned in since then.

Gas tariffs and high inflation are expected to limit GDP growth in the short term. Morgan Stanley projects GDP growth to be 2.7% for 2019 and 2.6% for 2020, while the NBU has a more dreary outlook, projecting 2019 growth to tick in at 2.5%. However, Ukraine’s recent free-trade agreement with Israel, as well as free-trade discussions with Canada, China, and Turkey add more optimism to the country’s outlook. Although not surging, Ukraine’s steady economic growth can be favourably contrasted with its larger neighbour to the east—Russia is projected to report 1.5% GDP growth for 2019.

Lastly, as long as the macro picture continues to be cloudy for US equity and fixed income securities, emerging markets like Ukraine stand to benefit. A weaker dollar will support greater exports, effectively increasing revenues for commodity-dependent Ukraine.

Yet these high yields come with high risk from both economic and political standpoints. In 2019 alone Ukraine must pay back nearly $15bn in debt obligations. In 2020 and 2021, a further $21bn in repayments will be due and it is far from clear where this money will come from.

Legendary fixed income investor Howard Marks once wrote: “If riskier investments could be counted on to produce higher returns, they wouldn’t be riskier. But investments that seem riskier have to appear likely to deliver high returns, or else people [wouldn’t] make them.” Ukraine has the elements to which Marks refers. On the positive side, Ukraine has a positive GDP outlook, improving CPI, which is now below 9%, and a healthy debt-to-GDP ratio of 70%. But on the other hand is the size of the debt mountain it has to refinance.

The numbers don’t quite add up – or at least it is going to be very tight. Ukraine has $15bn to repay this year and is supposed to get $2.6bn from the IMF. In addition if Goldman Sach’s optimistic estimate is right then that brings the total to be raised this year of $8.6bn. Ukraine can probably count on another $4bn form the other International Financial Institutions (IFIs) and the likes of the EU, which brings the total to $12.6bn, but that is still $2.4bn short. The rest will have to be raised on the domestic market.

Last week Ukraine’s Ministry of Finance raised $80mn from domestic dollar issuances – and foreign investors are already participating in these auctions – which if these auctions were to happen every week means the ministry could raise up to $4bn from the domestic market in 2019. However, auctions do not happen every week, but against that hooking Ukraine up to Clearstream could be decisive if the Ukraine domestic bond market follows the same path as Russia. Significantly increasing the share of foreign investors in the domestic bond market could in theory easily cover the short fall – even if the amount of sovereign issues predicted by Goldman Sachs comes down at the pessimistic end of the range. And given the US federal reserve bank recently decided to reverse its tightening policy that has made international investors “risk-on” and yield-hungry again.

Ukraine has already become one of the top performing bond markets in 2019, with the Ukraine component of JPMorgan’s EMBI hard-currency total return index up nearly 10% since the start of the year to the highest level in nearly 14 months. The broader index gained 6.1% in 2019.