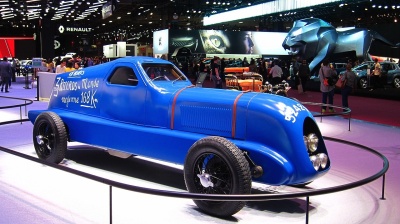 Turkey put some pace on in Q3 but might be forced out of the fast lane in Q4.
By bne IntelIiNews December 1, 2020

Turkish GDP officially expanded 6.7% y/y in Q3 as the government fired up the economy with cheap credit and—while declining to release full data sets which would have exposed the sheer scale of Turkey’s coronavirus (COVID-19) outbreak—eased virus containment measures to unlock economic activity and domestic demand. Fuelling the expansion also meant further sacrificing the standing of the lira to the point where, in early November, the Erdogan administration was forced to change course and switch to monetary tightening that will slow growth in Q4.

Quarter on quarter, economic output rebounded by 15.6% in Q3. In Q2 as the coronavirus crisis got a grip on the economy and the government brought in selective lockdowns, GDP collapsed by 9.9% y/y and 10.8% q/q, according to the official data from the Turkish Statistical Institute (TUIK, or Turkstat).

Jason Tuvey at Capital Economics said that “lingering weakness in the tourism sector as well as the recent tightening of both virus containment measures and monetary conditions means that the recovery is likely to falter in Q4 and at the start of 2021”.

The year-on-year outturn was stronger than the consensus forecast for a 4.8% rise and Capital’s expectation for a 5.6% increase.

Tuvey added: “The breakdown of the data showed that the rebound was driven by rapid recovery in domestic demand. As virus containment measures were eased and some pent-up demand was released, household consumption jumped 21.4% q/q which left it more than 8% above its peak in Q4 2019.

“There was also a sharp 20.8% q/q increase in investment spending, despite it suffering only a modest fall of 4.9% over the first half of the year. Government consumption also recovered quickly.

“But the economic recovery in Q3 was unbalanced and ultimately exacerbated some of Turkey’s external vulnerabilities. Exports may have bounced in Q3, but strong domestic demand continued to fuel imports. While export former were down by more than 20% y/y in Q3, imports were up by 15% y/y. This contributed to a widening current account deficit and downward pressure on the lira throughout much of this year.”

Financial sector activity in the third quarter soared by 41.1%, information and communication by 15.0%, industry by 8.0% and construction by 6.4%, according to the TUIK data. Loan growth reached its highest level since 2013.

The next stage of Turkey’s recovery is set to be that much more demanding. The central bank is struggling to prop up the lira with tighter policy while the coronavirus is raging in Turkey, with analysts starting to realise the country actually has one of the worst outbreaks in the world—but that that fact has been obscured by the approach to releasing the country’s virus case count, which until last week excluded symptom-free cases. Even now that those cases are being publicised, there is considerable doubt that officials are revealing the true scale of the pandemic toll in Turkey and calls for a strict nationwide lockdown of two weeks or more are growing.

Developments regarding an effective COVID-19 vaccine are, however, providing a fillip to the outlook.

“We are now beginning to factor a vaccine into our forecasts and we will soon publish an updated set of macroeconomic forecasts for Turkey and the rest of the region,” Tuvey noted.

Looking at more of the latest trade data, Turkey's trade deficit rose by 76.2% on the year in the first 10 months, reaching $40.3bn, the TUIK said.