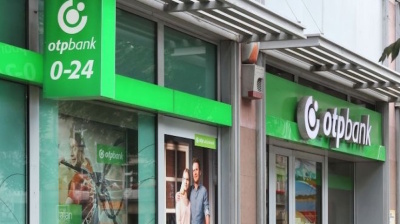 Banks in Central, Eastern and Southeastern Europe (CESEE) expect credit supply to “deteriorate significantly” over the next six months, and the ratio of non-performing loans (NPLs) to rise, according to two reports by international financial institutions published this week.

The tightening of supply is the result of higher inflation and interest rates, and the overall slowdown of economies, in large part from the effects of the war in Ukraine. Conditions for mortgages in particular have become more restricted.

At the same time, demand is expected to remain robust, leading to a credit squeeze.

Increased corporate demand for liquidity and household demand for housing loans have led loan applications to increase in the CESEE region, according to the six-monthly Bank Lending Survey published by the European Investment Bank (EIB) with data from the end of September.

Banks expect overall credit demand to rise further over the next six months, though more moderately, with firms’ working capital requirements to cover liquidity needs now the main driver. Fixed investments and retail segments, including for consumer credit and housing, are expected to decline.

Credit quality has evolved favourably over the last six months, the report says, but banks are again expecting an increase in NPLs over the next six months. With most COVID-19-related support measures having been phased out, borrowers are now being put under pressure by surging inflation and sharply rising interest rates.

“Going forward, in the context of deteriorating global conditions, banks anticipate tightened supply conditions and are preparing for a potential increase in non-performing loans,” said Debora Revoltella, Chief Economist at the EIB.

According to the NPL Monitor published by the European Bank for Reconstruction and Development (EBRD), NPL stocks in the period 30 June 2021 to 30 June 2022 hit their lowest levels since the global financial crisis of 2008-09.

NPLs fell across the region to 2.6 per cent since the last NPL Monitor was published six months ago, and by 6.9 per cent in the 12 months leading up to 30 June, to €32.2 billion, their lowest level in recent years.

The decline in NPL stocks was most significant in Estonia, Latvia and Lithuania, and in Poland they declined by almost €1.24 billion. The NPL ratio decreased in all surveyed countries with the exception of Montenegro, where the ratio increased by 0.6 percentage points.

In Ukraine, NPLs declined by nearly 9 per cent in the year to June 2022, although it is expected that asset deterioration may show up in later assessments.

However, the report says that a 0.9 percentage point increase in “stage 2 loans”, assets which may later deteriorate into NPLs, has been reported in the EU CEE countries, raising concerns that NPLs may increase in the near future.

Despite the uncertainty and increasing risks, the EIB report says, most international banking groups remain confident in the region’s potential, particularly in Romania and the Czech Republic. More than half intend to maintain their current level of operations, while almost one-third intend to selectively expand. However, 10% of banking groups (compared to zero in the previous survey) have signalled their intention to selectively reduce activity in the region.