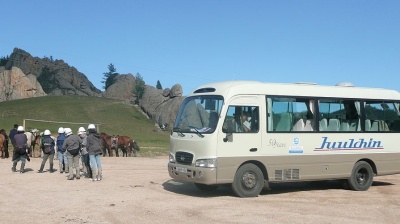 Tourists bussed into Mongolia's Gorkhi-Terelj National Park. Many travellers see the country as a sort of pass-through on the way from Russia to China. But not during these Corona times. / Brücke-Osteuropa, Wiki, Public domain.
By Antonio Graceffo July 1, 2021

“Mongolia is not a bucket list country for tourists,”[i] said Bilguun, tour manager for Amicus Travel, Mongolia. “It’s never on top of the list. It may be third or fourth.” Similarly, Olly Reston, the director and owner of the country’s Goyo Travel, explained: “Tourists would go there as part of a trip to Russia or China and stop off in Mongolia for three days.”[ii]

Professional tours are usually booked six months in advance, but with the world entering its second year of lockdowns, very few people have been optimistic enough to book.

Lower-end tourists have sometimes arrived in Mongolia as part of a rail adventure, through Europe and Russia. “And for them,” said Reston, “it is too risky now to try and travel across 15 nations, in three months, and risk getting trapped somewhere or turned away.”

Added Reston: “Mongolia’s position is sort of a pass through on the way from Russia to China and Central Asia, and this is awful for Mongolia, because if people think the other countries are closed, they won’t go to Mongolia.”

At the start of 2020, when word arrived of a coronavirus epidemic in neighbouring China, Mongolia became one of the first countries in the world to close schools. On January 31, the country went on to closing its border with China. Public events were cancelled, as were conferences, sports, and entertainment, as well as most businesses. Since that time, the country has been under various degrees of lockdowns, and the airport has not reopened for normal, international travel, only for the repatriation of Mongolian citizens abroad. Of course, these restrictions have virtually decimated the tourism sector.

According to Khongorzul Khatanbaatar, CEO of Extreme Mongolia adventure camp, the Mongolian tourism sector has experienced a 97.6% decrease in revenue. “From 450 tour operators, 300 have stopped operating, and 88,000 people [over 90% of the sector’s work force] have lost their jobs.”[iii] 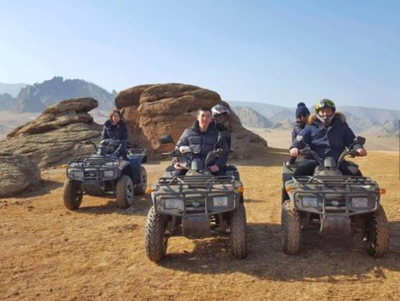 Since its transformation to democracy, after 1990, Mongolia, a small, landlocked developing country, has been struggling to build a market economy, which would raise the living standards of the average citizen. Through 2020, the Mongolia’s “frontier” economy was 65% dependent on the mining sector. The country’s primary export partner is China, which accounts for nearly 70% of all of Mongolia’s exports. Such dependence on a single buyer, leaves the Mongolian economy in a precarious position, with the country experiencing booms and busts depending on changes in demand in China, as well as fluctuations in the world prices of minerals, metals and coal.

Tourism became one of the few sectors the country had real hopes of developing, in order to diversify the economy and to provide private-sector employment for Mongolia’s growing number of well-educated, English-speaking youth.

Despite being in a difficult geographic location, the country has done an admirable job of growing its tourism sector over the past 30 years. Narantsetseg Delgersuren, general manager of New Juulchin Tours LLC, reported that before the pandemic, there were 570 tourism firms, with Khuvsgul Lake, one of the country’s largest attractions, boasting 100 tourist camps.[iv] Now, nearly all of those companies are closed down, and most of the workers are unemployed. And, with 55.4% of all companies across the country not operating in the first quarter of 2021, the economy has become even more dependent on mineral exports to China. 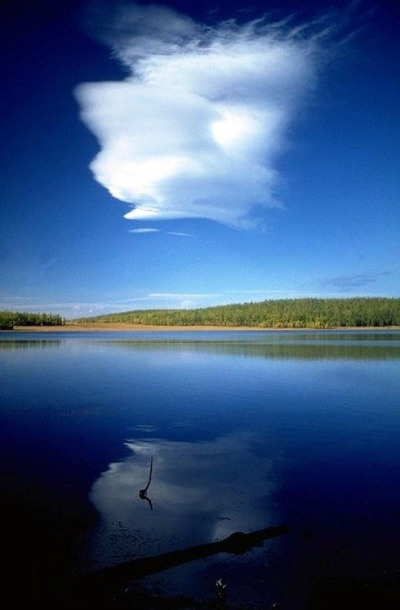 Mongolian tour operators explained that visits to Mongolia do not happen on a whim. Most tourists book at least six months in advance. Therefore, even if the government were to open the airports tomorrow, they would not expect a significant influx of foreign tourists. Khongorzul Khatanbaatar said that her company, Extreme Mongolia, was unique in that it catered almost exclusively to Mongolian clientele, but most of the tour operators are dependent on foreigners.

Narantsetseg said that the government had reported a tremendous uptick in domestic tourism in 2020, but the total revenue was a small fraction of previous years. For travel within Mongolia, most Mongolians do not need to book the assistance of a tour company. Additionally, most prefer to sleep in tents, rather than hotels. Bilguun explained that Mongolian tourists rarely book activities. As a result, Mongolian tour groups provide very little revenue for the tour operators.

At the moment, even domestic tourism is impossible, as there are restrictions on leaving or entering Ulaanbaatar, the capital. If those restrictions are lifted, Mongolians will probably travel internally, and some jobs and companies will be restored, but most will not.

Not only up to the government

For international tourism to restart, Reston pointed out that the decision is not only up to the Mongolian government. The government could declare the airport open, but then airlines would have to agree to fly to and from Mongolia. Other countries would have to agree to allow their citizens to travel to Mongolia and to return. Additionally, all of these agreements would have to extend to transit airports and airlines as well. This will require some type of international standardisation of requirements for vaccines, covid tests, and quarantines. So, the decision is much larger than the pronouncement of a single government.

Even if the airlines and various foreign countries agreed to restart travel to and from Mongolia, the government would need to decide on and publish its requirements. It would not do for an international traveller planning a two-week tour of the country to find out that there is a mandatory 14-day quarantine upon arrival. Similarly, will they be able to get a Covid test in a timely fashion, at the end of their stay, in order to board a plane and return home? While another important question is, will hotels, restaurants, and attractions actually be open when the tourists arrive?

Narantsetseg is working closely with the government to help define and communicate the travel restrictionsc, so that tourism can restart as soon as possible. One of the suggestions on the table at the moment is a quarantine bubble. This means that the tour company would pick the tourists up at the airport and take them directly to a hotel, where they would stay together, avoiding contact with locals and other tourists. They would then travel around the country, on a predetermined itinerary, filed with the government. Every step of the way, care would be taken to prevent them from mixing with other groups, so as not to risk covid contamination.

Too cold after August

At the moment, Mongolia is experiencing more than 2,000 new coronavirus cases per day, so it seems unlikely that the government will reopen the airport any time soon. The international travel season is generally between June and August, because the rest of the year is too cold for most international tourists. Therefore, it seems that for this year, international tourism is not going to be restored. 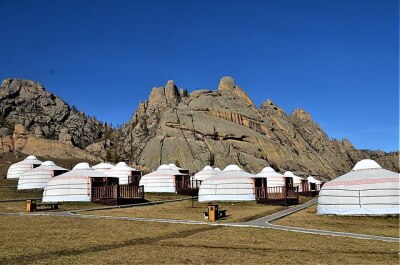 Yurt resorts like this one in Gorkhi-Terelj National Park will be hoping for at least a few late-season tourists (CeeGee, CC-BY-SA 4.0).

Meanwhile, tens of thousands of tourism sector employees are unemployed, as are employees of many other small and medium sized businesses. Recently, after lockdowns across approximately a year and a quarter, the government made the first unemployment payment of roughly $100 to Mongolian citizens, but it has not announced a second one. For many Mongolians, this may have been the only money they have earned during the blighted period.

In conclusion, the Mongolian tourism sector has been absolutely ravaged by Covid lockdowns and restrictions. The years 2020 and 2021 have been the worst of revenue years for Mongolian tour operators. The owners and managers, however, seem hopeful, that once government guidelines have been established and coordinated with international guidelines, the sector will eventually recover.

After all, the attractions and mystery that once drew tourists to Mongolia are still there, waiting to be discovered by the next adventurous foreign travellers.

The author, Dr. Antonio Graceffo PhD China-MBA, worked as an economics researcher and university professor in China, but is now living in Ulaanbaatar, writing about the Mongolian and Chinese economies. He holds a PhD from Shanghai University of Sport Wushu Department where he wrote his dissertation “A Cross Cultural Comparison of Chinese and Western Wrestling” in Chinese. He is the author of 11 books, including A Deeper Look at the Chinese Economy, The Wrestler’s Dissertation, and Warrior Odyssey. He completed post-doctoral studies in economics at Shanghai University, specializing in US-China Trade, China’s Belt and Road Initiative, and Trump-China economics. His China economic reports are featured regularly in The Foreign Policy Journal and published in Chinese at The Shanghai Institute of American Studies, a Chinese government think tank.

bneGREEN: Will India become too hot to live in?

bneGREEN: Climate change, war in Ukraine and rising prices create perfect storm threatening global food security
bneGREEN: Renewables set for record growth in 2022, but 2023 is not so rosy
bneGREEN: Will India become too hot to live in?