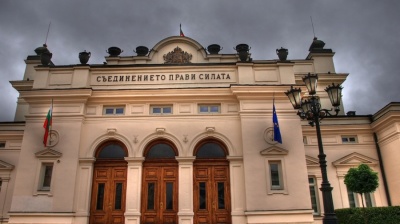 Bulgaria’s President Rumen Radev said on September 11 he will schedule the snap general election for November 14 to coincide with the first round of the presidential vote. Radev plans to dissolve the parliament soon but did not specify the date.

Bulgarians will therefore vote in their third general election this year after the first two produced fragmented parliaments where parties were unable to form a majority.

The latest polls indicate a shakeup in the result compared to the previous two votes, in which Gerb and There Are Such People (ITN) were the frontrunners. However, after ITN’s failure to strike a deal with other parties following the July vote, its support has collapsed and reformist Democratic Bulgaria is now ranked second in the polls after former prime minister Boyko Borissov’s Gerb.

There could also be a new political force in Bulgaria, as some of the ministers in Prime Minister Stefan Yanev’s highly popular caretaker government have indicated they may step down from the cabinet to run in the next election.

Yanev’s interim government has gained wide approval as it has revealed numerous cases of significant corruption, misuse of funds and abuse of office by members of Borissov’s previous government.

There is speculation in Bulgaria that at least some ministers – the most successful ones – could form a political party and run in the general election. The caretaker minister of economy, Kiril Petkov, finance, Assen Vassilev, and education, prof. Nikolai Denkov, have indicated they plan to continue participating in political life in the future.

If they form a party, analysts expect them to easily form a coalition with Democratic Bulgaria and Stand up.BG! We Are Coming! (ISBG), which has its roots in the 2020 mass anti-government protests.

The leaders of Democratic Bulgaria and ISBG said on September 11 they would gladly form a coalition with a formation launched by Petkov and Vassilev.

Democratic Bulgaria’s leaders Hristo Ivanov and Atanas Atanasov also said they expect to get a mandate to form a government in the next parliament, following their boost in the polls, and they would be ready to hold coalition talks with reformist parties.

“A year ago, our entry in parliament was under question. At the moment we are running for mandate holder. We are the political formation that clearly wants from the citizens: “Assign us the responsibility to form an ambitious majority and rule”. This is our focus,” Ivanov said in an interview with public broadcaster BNT.

“When we become a political force that would get a mandate, we shall show how a dialogue is being carried out, how a government is being compiled and how to offer to all partners to support [this government],” Atanasov added.

He was referring to the behaviour of ITN, which won the July 11 snap vote with a slim majority of 65 MPs but refused to hold talks with political parties on a coalition, refused to sign an agreement with any of them and simply demanded their support for its government. ITN’s arrogant behaviour led to failure of the parliament to form a government after the vote in July.

After the three mandates to form a government issued by Radev all failed, the president announced new elections would be called.

The decision on the timing of the vote was expected as the central election committee, CIK, said that should the parliamentary and presidential votes be on the same day, it would be easier if they are on November 14 to give more time for software setups.

Radev said that holding the two votes on the same day would save money and time and added that he would dissolve parliament as requested by the constitution and the electoral law.

He added that the next caretaker government will continue working on the eradication of corruption from the state institutions.

First official results from Bosnian elections put nationalists ahead after exit polls predicted losses
7 hours ago
Georgian MPs want to rid the country of oligarchs, but not all of them
8 hours ago
Hungary agrees on deferred payments with Gazprom for winter gas deliveries
8 hours ago
US sanctions Russia’s CBR head Nabiullina and other officials
8 hours ago
Russia prepares for new attacks against Ukraine from Belarusian territory
8 hours ago