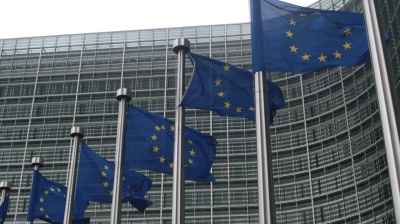 By Valentina Dimitrievska in Skopje August 12, 2021

North Macedonia is losing hopes for a quick solution to a dispute with Bulgaria that is holding back its progess on EU accession, due to the inability of Bulgarian political parties to form a new government even after the second snap general election in July.

North Macedonia’s Foreign Minister Bujar Osmani said on August 11 that signals from Bulgaria on finding a solution that will open the way for the country to start EU accession talks are not encouraging.

After two snap parliamentary elections, Bulgarian political parties failed to form a new government, which opens the way for a third election in the country. Slavi Trifonov, the leader of Bulgaria’s There Are Such People (ITN) – the party that won the largest share of the votes in the second election on July 11 – said on August 10 that his party is giving up its proposal for a government and accused the other anti-establishment parties of treason and hypocrisy after their refusal to back his party's nomination for prime minister.

"Although the news from Bulgaria is not encouraging, the talks at technical level will continue," Osmani was cited by Kanal 5, adding that the region must not be held hostage to the internal political circumstances in any member state.

According to Osmani, Bulgaria needs to establish functioning institutions in order for the dispute with Skopje to be solved.

“I have always been of the opinion that a political government is not necessary, because the EU political decision was made last March and the first intergovernmental conference was supposed to be only a technical issue. But that obviously proved impossible,” Osmani was cited as saying.

The EU enlargement process stalled when Bulgaria vetoed the launch of EU accession talks with Skopje due to historic and language issues at the end of 2020.

At the end of July, North Macedonia’s parliament adopted the resolution filed by the opposition VMRO-DPMNE party setting the deadlines in talks with Bulgaria aimed at unblocking the EU integration process.

The aim of the resolution is to protect the Macedonian language and identity during the negotiations with Bulgaria. The process of finding a solution was prolonged as Bulgaria hold two general elections in the last few months.

Bulgaria claims that the Macedonian language is a Bulgarian dialect and that the country was artificially formed by former Yugoslavian leader Josip Broz Tito.

By law, Bulgarian President Rumen Radev is obliged to give a mandate to the second-largest political party in parliament if the first one fails to form a government, which is former prime minister Boyko Borissov's Gerb.

Borissov said on August 11 that if his party had the opportunity to form a government, it would nominate Daniel Mitov as prime minister, but that Mitov would return the mandate.

If Gerb fails to form a government, Radev is then obliged to give a third mandate to any of the other political parties in parliament. If this attempt also fails, a snap election should be called.

Russia denies defaulting on $100mn bond coupon payment
5 hours ago
A maze of smuggler tunnels: the Kyrgyzstan-Uzbekistan border
5 hours ago
Ukraine's Zelenskiy calls on the US to recognise Russia as a state sponsor of terrorism
6 hours ago
Amnesty International issues damning report on Lithuania’s migration centres
6 hours ago
At least a dozen killed in shopping mall bombing as Zelenskiy urges G7 leaders to impose more sanctions
6 hours ago