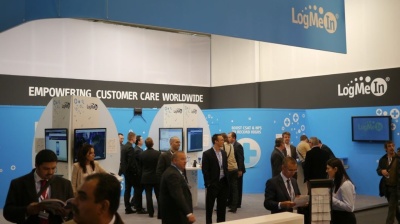 By Tamas Szilagyi in Budapest December 19, 2019

Two private equity firms agreed to acquire Boston-based LogMeIn, a provider of on-demand remote connectivity services for $4.3bn, it was announced on December 18.

One of the most successful Hungarian startups has grown into a global company. LogMeIn now has its world headquarters near Boston in Woburn, Massachusetts and development centres in Budapest and Szeged and a European sales office in Amsterdam.

The consortium of Francisco Partners and Evergreen Coast Capital subsidiaries will pay $86.05 per share, in cash, which reflects a 25% premium over Wednesday's closing price.

LogMeIn's board of directors has already approved the deal and recommends that shareholders vote in favour of the acquisition, the company said in a statement.

The transaction is expected to close in mid-2020, subject to shareholder approval and regulatory clearance. The deal includes a customary 45-day "go shop" period which allows LogMeIn and its advisors to actively solicit alternative acquisition proposals and potentially enter negotiations with other parties.

LogMeIn, formerly known as 3am Labs, was founded in Budapest in 2003. The company's CEO Michael Simon and CTO Marton Anka collaborated at Uproar, an Internet game site eventually bought by Vivendi Universal at the height of the dot.com bubble. The company raised a total of $30mn in venture capital before it was listed on Nasdaq in 2009.

The company offers cloud-based remote access solutions, its flagship products include LogMeIn Pro and one of the world's most popular password management applications, LastPass. Bold360 is a customer engagement solution that includes artificial intelligence-based self-service capabilities.

Over the years LogMeIn completed a number of major acquisitions.

The first major deal was the acquisition of LastPass Password Manager in 2015 for $125mn. Less than a year later it paid $1.8bn for Citrix's remote access and teleconferencing business.

The company's annual sales exceeded $1.2bn last year. In the last quarter, it reported revenue of $317mn and net profit of $5.1mn.

As Russia’s retail and tech sectors consolidate, the leading companies are turned their gaze outwards to hunt for new technology and innovation.

BlaBlaCar, the carpooling giant born in France, has stopped offering its services in Crimea, where it had been operating since 2014. The decision aims to avoid being targeted by the EU sanctions against firms operating on the peninsula, according to