Bridges of Trust initiative "can and should help Ukraine to recover", says Fabrizio Rossi of the Council of European Municipalities and Regions 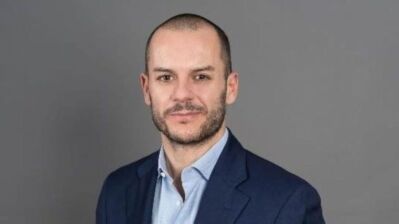 Fabrizio Rossi, Secretary-General of the Council of European Municipalities and Regions / bne IntelliNews
By Dominic Culverwell in Berlin October 31, 2022

Russia’s invasion of Ukraine has had the opposite effect that Moscow intended. Kyiv and the European Union are now closer than ever, with Ukraine having been granted EU candidate status in a landmark event over the summer, and the bloc pledging to support Ukraine’s war and reconstruction efforts.

But behind the officials and bureaucracy, how will relationships develop between Ukrainian and EU citizens on a grassroots level? For Fabrizio Rossi, Secretary-General of the Council of European Municipalities and Regions, there are exciting opportunities that will benefit both Ukraine and the EU, with the “Bridges of Trust” project leading the way.

The project paired 10 Ukrainian communities and 10 EU communities last year, initially to develop modernisation, environmental needs, tourism and local business. However, the initiative took on a more urgent level of support after the full-scale Russian invasion on February 24. The European communities rapidly responded to the situation and dedicated their efforts to helping their Ukrainian counterparts.

“Discussions about how to reorient the Bridges of Trust project to the new realities started almost immediately after the start of a full-scale invasion,” Rossi noted in a press statement. “In the first few weeks, the European communities provided humanitarian aid to their Ukrainian partners: food, clothing, medication, sleeping bags for territorial defence units.”

With Ukraine suffering mass destruction amidst renewed attacks across the country since October 10, reconstruction needs to begin immediately, particularly of vital infrastructure.  A conference was held in Berlin last week attended by the leaders of states and organisations, with damage from the war estimated to be at least $350bn. During the conference, Ukrainian President Volodymyr Zelenskiy again pushed for a financial Ramstein group to discuss redevelopment efforts.

Rossi sees that the Bridges of Trust initiative can play an important role in rebuilding Ukraine and references how community partnership helped redevelop Europe after the Second World War. He believes that such a partnership “can and should help Ukraine to recover and to become a full member of the European Union family”.

“In the perspective of the future reconstruction of war-affected settlements, such co-operation has much greater potential,” he stated. “The main challenge is the short-term and long-term needs of Ukrainian municipalities. They go outside the bounds of possibility of any individual organisation or any EU member state. That is why the partners of Ukraine should co-ordinate their knowledge and resources.”

Nevertheless, Rossi emphasised that Ukrainian citizens must be the ones to decide their future. He noted that the reconstruction plans already being implemented in several settlements are progressing with the help of the Ukrainian NGO Association of Cities of Ukraine and are using EU legislation as a guideline. He is optimistic that the reconstruction plans will lead Ukraine to a new and improved future with “farsighted creative ideas” and new jobs that will encourage refugees to return to their homeland.

“Under the sufficient funding from the international organisations, the Ukrainian local self-governments will be able to attract the best professionals and the most modern technologies in energy efficiency, environmental protection, digitalisation, urban planning and development. This will lead not only to the restoration of what has been destroyed since the beginning of the war but will make Ukraine better, greener and more sustainable in the future,” he said.

Rossi believes that the EU can gain a lot from its partnership with Ukraine too, noting the “incredible leadership and resilience” of Ukrainian mayors, heads of districts, local activists and volunteers. Pre-war, the project already showed that many Ukrainian and EU communities have a lot in common and are facing the same challenges. He believes that the bloc “can all learn a lot” from Ukraine and its strength “in the most difficult circumstances”.