“The New Tsar: The Rise and Reign of Vladimir Putin” by Steven Lee Myers.
By Chris Weafer in Moscow March 1, 2016

A great many books have been written about Vladimir Putin since he emerged on the Russian political scene in August 1999. However, most of those books are far from great or even useful for those with a genuine interest in trying to understand how decisions are made in the Kremlin and what might happen next. Too many books have been written by people with an undisguised bias, and by others who have not lived in Moscow and miss the point more often than not.

Amongst the books that are more useful to investors in helping to better understand modern Russia and its president are those written by journalists who have lived here. They have the advantage of observing first hand and also, critically, have been able to engage with a much wider range of people than is possible for those who simply drop in and out from time to time.

Three books, in particular, stand out in that category and which collectively cover the evolution of Vladimir Putin from reluctant politician to latter day Tsar exceptionally well. Andrew Jack was based in Moscow for the Financial Times and published “Inside Putin’s Russia” in 2005. Jack covered the emergence of Putin, the formation of his inner circle and the events of his first presidential term. Next was Angus Roxburgh’s “Strongman”, published in 2012, which covered Putin’s second term. Included in that were such pivotal events as the Yukos case and the war with Georgia. Roxburgh was the BBC correspondent in Russia for many years but, crucially, worked directly as a PR advisor for the Kremlin between 2006 and 2009. Fair to say he had a ringside seat to those events that helped shape Putin’s view of geopolitics.

The most recent addition to that list is “The New Tsar: The Rise and Reign of Vladimir Putin” by Steven Lee Myers, published late last year. Myers worked for seven years in Moscow as correspondent for the New York Times. His book covers much of the same ground as the preceding books but, with the benefit of more information and access to more people willing to talk, he fills in a lot of the gaps and presents the most complete understanding of Putin to date.

Arguably, we should include Putin’s own book, “First Person” (dictated to three journalists), which Boris Yeltsin insisted he publish in early 2000 as a sort of briefing for the Russian people and world leaders about the person whom he had chosen to be his successor. It is actually a very good insight into the person who had just taken the country’s top job.

So, how did Vladimir Putin come to be one of the most powerful men in the world and what makes him tick?

Myers’ book is consistent with the others in setting out a series of events that owed more to luck and “right place at the right time” in getting Putin into the Kremlin in August 1999. There is absolutely no evidence of any sort of grand plan by the KGB/FSB to get “their man” into the Kremlin and to restore their power. At several points Putin could have been sidestepped or overlooked or chosen to do something else.

But because (St Petersburg mayor) Anatoly Sobchak and Yeltsin saw something in Putin, he ended up as president on New Year’s Eve 1999. Myers quotes one of Putin’s colleagues from his St Petersburg days as saying: “he (Putin) always remembers loyalty, just as never forgives betrayal”. This is very much the hallmark of Putin’s management style and is the core reason why the dispute with Turkey is so serious; Putin believes Erdogan personally betrayed him.

Both Sobchak and Yeltsin benefited from the reciprocation of that loyalty, as have many of Putin’s friends from his days in the KGB in Dresden and, especially, during his time in the St Petersburg Administration. Many of those who lead big state enterprises today, or who hold senior government positions, are those with whom Putin worked and who he clearly trusts. There is another group of individuals who may be classified as Putin’s friends, also from his school or St Petersburg Administration days, who have made a great deal of money from their association with the president. Most now feature on the list of those subject to Western sanctions. 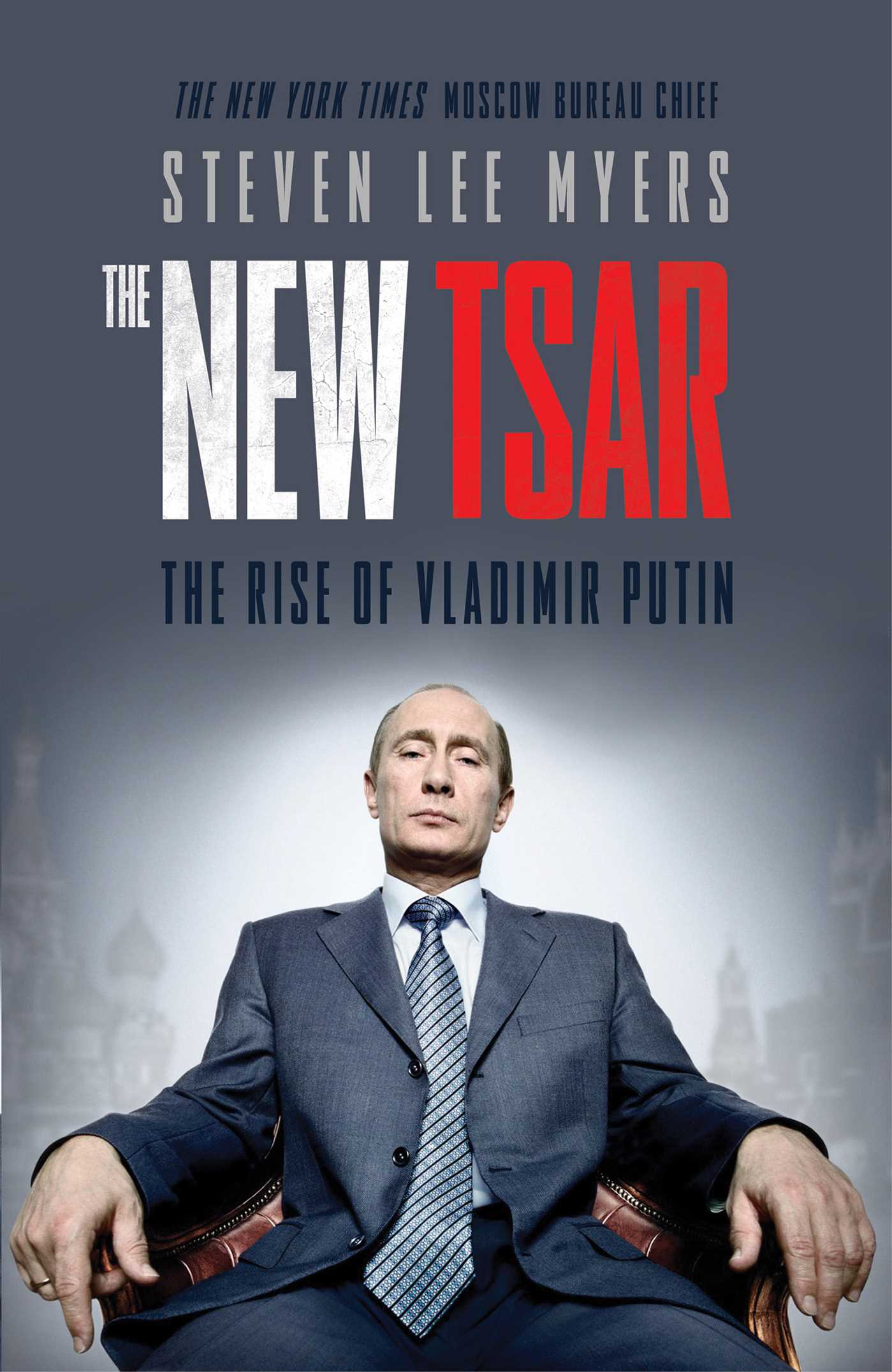 But while all of those around Putin have very conspicuous wealth, there is never any specific evidence of the fortune he is alleged to have amassed. What evidence there is, is flimsy at best, especially if one discounts Russians’ fixation with watches. And much of the dubious anecdotal evidence comes from those who typically claim to have been once part of his inner circle. Putin once risked his life to retrieve $5,000 from his burning dacha, claiming it was all he had in the world, even as those around him had already become quite rich.

When Putin’s wife was involved in a serious car crash Putin relied on a friend at a German bank to pay for her medical treatment. The president’s eldest daughter lived until quite recently in a modest apartment block in Holland. And that brings us to the theme of Myers’ book, “The New Tsar”. To many observers it appears that Putin increasingly sees himself as a latter day Tsar and is living that lifestyle. Why does he need a private yacht or villas or the trappings of wealth so obviously displayed by those around him? The Tsar enjoys the wealth of the state, whether that is the presidential plane or a palatial retreat near Sochi – the key assumption being that the Tsar will never need anything of his own because he will always be the Tsar of the whole country.

Myers’ book, as did the others in the trilogy, paints a very clear picture of how Putin evolved from a relatively humble functionary to be the Tsar. Yeltsin said of his choice of successor, “others promise much, but Putin achieves results”. The war in Chechnya, which was portrayed by the Russian media as decisive and effective management, quickly earned him public support. He also got lucky quickly with rising hydrocarbon wealth, which allowed for budget expansion and a steady increase in pensions, public sector wages and in social spending.

Myer details the events that built up to the point which led to a change in Putin’s position in geopolitics. He provides good detail about the key events that shaped the policies we see today. He highlights one key event which marked the end of the “soft” approach to a tougher stance when, in early 2007, after a steady stream of criticisms and what Putin saw as a determined effort by the West to side-line Russia, he told aides: “I’ve had enough”. Shortly after that he made his position defining speech at the Munich Security Council.

But it is the question of Putin emulating the Tsars which is the more intriguing and also the more important for foreign investors. What happens next is very dependent on what Putin does. He is entitled to run for another six-year term from March 2018. If Myers is correct in his assumption of Tsar Putin, then certainly he will be the president until 2024. But to justify that, Putin will have to keep the Russian people on his side. A big factor in that equation will be how the economy performs between now and early 2018, and whether people will still have confidence in their Tsar.

2017 is the 100-year anniversary of the ousting of the last Tsar. Putin is always wary of allowing conditions to develop that could also bring an end to his ambitions. But this time he may have to rely on the same luck that brought him into the Kremlin over 16 years ago.

“The New Tsar: The Rise and Reign of Vladimir Putin”, by Steven Lee Myers, is published by Simon & Shuster (2015).