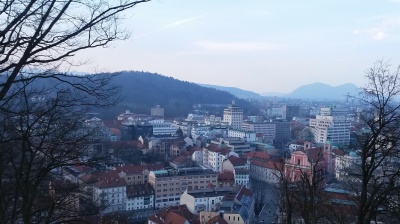 The government of Slovenia, with a credit rating A3/ AA-/ A, has launched a procedure for issuing its second 10-year Euro-denominated sustainability bond, the finance ministry announced on January 3.

The value of the planned issue was not revealed. Slovenia issued its first 10-year sustainability bond of €1bn at the end of June 2021. The coupon rate of the issue was 0.125%.

For the new bond, the government mandated BNP Paribas, Citi, Deutsche Bank, Erste Group, Nova KBM and UniCredit to organise meetings with investors on January 3 to present the bond issue.

BNP Paribas was structural advisor in the process of updating the sustainability bond framework.

Slovenia has already established itself as one of the pioneers in Southeast Europe for green and sustainable finance.

As reported by bne IntelliNews, a growing number of governments in the wider Emerging Europe region are now issuing green bonds. This comes amid a global takeoff in both green and sustainable bonds in recent years — even though the growth in issuance is not keeping pace with the massive investor interest in ESG issues.

Within the Emerging Europe region, sovereign green bonds have often broken the ice. Many governments have seen them as a way of burnishing their environmental credentials as well as raising funds.

In Central Europe, Poland and Hungary have been the early pace setters, while in Southeastern Europe Slovenia and Romania so far have the strongest track record. Further east, Russia, Turkey, Georgia and Kazakhstan have all made significant issues. However, in many countries green bonds are still to get off the ground.