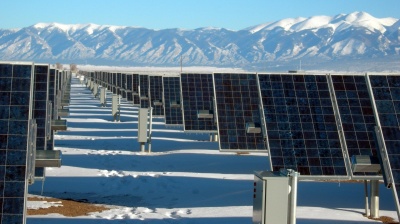 The website affiliated with the Ministry of Energy reported that the growth in solar production in the country was the major rise in renewable energy capacity in the country in recent years. According to the International Renewable Energy Agency, the country installed around 50 MW of new PV power in 2020 and around 90 MW in 2019.

Iran is naturally blessed with some of the best insolation of any country on the planet, with huge tracts of deserts able to support the installation of thousands of solar panels. The longest average seasonal (summer) and annual sunshine hours for Mashhad in the north-east of country are about 1,036.1 hours and 2,887.2 hours per year respectively, showing that every city in the country might tap into the solar power trend.

Despite this solar good fortune, the Islamic Republic, through poor governance and over-reliance on cheap oil and gas, has not evolved the industry with enough focus and purpose. Power outages endured during the summer months as power consumption skyrocketed due to air conditioning use in cities including Tehran and the overuse of cheap electricity have changed the approach for the better somewhat.

The authorities claim the issue is not their own directives and governance but US sanctions on the country, which hamper foreign direct investment (FDI) in solar projects. There is some truth to the claim as in 2016 several foreign-backed groups began the installation of solar projects in the country but all pulled out when former US president Donald Trump withdrew from the 2015 nuclear deal or JCPOA in 2018, cutting any foreign investment overnight.

In December 2020, Iran’s MANA Energy PAK commissioned the first solar cell factory in the country, with an estimated 150 MW being able to be produced by the company each year.

The company also said it had been able to produce 1.2 GW of multi- and monocrystalline wafers per year, the component that generates the power in solar panels.

Earlier Iran announced ‘it could produce 5,000 MW of renewable energy from rooftop solar as part of an industry-backed scheme, Shargh on October 17 reported the vice chairman of the country’s Association of Manufacturers and Suppliers of Renewable Energy Goods and Services (SATKA) as saying.

SATKA said “120mn toman” (roughly $3,400) low-interest 20-year loans are to be awarded to households who install panels for rooftop solar, but did not say from where the funding would be drawn or which banks would take part in providing the loans.

The government envisages an ambitious 10 GW of new renewable capacity being developed in Iran by 2025.