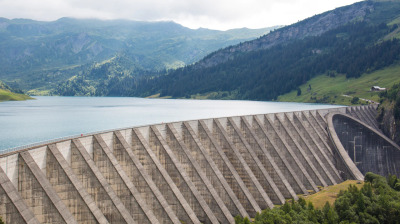 The IEA has warned that hydropower risks being left behind in the race towards net zero, as a new report found that the pace of development in the hydro sector had slowed and would continue to do so over the next decade.

This could put at risk the ambitions of countries across the globe to reach net zero by 2050 while ensuring reliable and affordable energy supplies.

However, terming hydro the "forgotten giant" of the energy sector, the IEA was optimistic that hydro had the potential to speed up the energy transition, support wind and solar expansion and help countries achieve their climate ambitions.

“Hydropower is the forgotten giant of clean electricity, and it needs to be put squarely back on the energy and climate agenda if countries are serious about meeting their net zero goals,” said Fatih Birol, the IEA Executive Director.

In 2020, hydro provided one sixth of global generation, or 4,500 TWh, making it the largest source of low-carbon power – and more than wind, solar and other renewables combined. It was also higher than nuclear, which the IEA does not classify as low-carbon, which generated 2,800 TWh.

Its output has increased 70% since 2000, the report found, but its share of global electricity supply has held steady because of the increases in wind, solar PV, natural gas and coal.

Indeed, while hydro accounted for 17-19% of global electricity generation in the 1990s, this share has fallen slightly since the early 2000s to around 17% due to increasing amounts of wind and solar capacity and the growth of natural gas-based power generation.

Hydro usage also varies across countries and region. It provides over 50% of power needs in 28 emerging and developing economies, with 800mn people, while in some countries its contribution is negligible.

Around half of hydropower’s economically viable potential worldwide is untapped, and this potential is particularly high in emerging economies and developing economies, where it reaches almost 60%.

The report said that stimulating new expansion in hydro capacity would require governments to make hydropower projects more financially transparent to ensure they are economically viable and sufficiently attractive to investors.

“Hydropower’s advantages can make it a natural enabler of secure transitions in many countries as they shift to higher and higher shares of solar and wind – provided that hydropower projects are developed in a sustainable and climate-resilient way,” Birol said.

Based on today’s policy settings, China is set to remain the single largest hydropower market until 2030, accounting for 40% of global expansion, followed by India.

However, China’s share of global hydropower additions has been declining due to the decreasing availability of economically attractive sites and growing concerns over social and environmental impacts, the report found.

Chinese banks and investors are by the biggest investors in hydro, accounting for 70% of hydro investment in sub-Saharan Africa, 43% in Asia-Pacific (excluding India) and 40% in Latin America.

The report also warned that in Europe and North America, hydro capacity is elderly and requires major investment. Up to $127bn is needed by 2030, 25% of forecast hydro investment, to modernise old plants in advanced economies. This compares with the $300bn needed to bring all hydro capacity up to modern sustainability standards.

The average age of hydropower plants (HPPs) in North America is 50 years, and in Europe it is 45 years.

Indeed, worries about the sustainability of hydro and its impact on the environment stress that hydro’s state as a renewable form of energy is far from accepted.

One perception is the division of hydro in terms of capacity, with power plants under 50 MW and using run-of-river technology regarded as green.

However, larger projects that require intrusive dams, reservoirs pipelines, and with over 50 MW of capacity, are not thought of as green by some.

Furthermore, hydro stands at the nexus of related issues governing sustainability and climate change. over access to water and food, as well as river flows and sea levels.

Hydro can cause uncertainty regarding climate change impact on local hydrological conditions, as well as international conflicts over water management, the report found.

These can push up investment risks and financing costs when compared to the falling cost of solar, wind and other storage technologies.

Investment-wise, the report warned that investment between 2021 and 2020, forecast at $540bn, contained just $127bn to be spent on the modernisation of elderly infrastructure.

This figure of $127bn is just 43% of the investment actually needed to maintain the performance of the existing fleet’s installed capacity.

By 2030, more than 20% of the global fleet’s generating units will be more than 55 years old and require major electromechanical equipment replacements.

More than $300bn will be needed to replace turbines reaching the end of their lifespan, a crucial piece of maintenance needed to restore generating performance, which is slipping worldwide, to original levels.

The report highlighted the technical advantages held by hydro. These include the speed with which HPPs can ramp their generation up and down compared with other plants powered by sources such as nuclear, coal and natural gas.

Secondly, it offers flexibility and storage for power systems that need to integrate greater amounts of wind and solar power.

The view that more needs to be invested in hydro to replace old technology and to accelerate the race to net zero echoes the conclusions of the international Hydropower Association’s (IHA) recent report.

“At the present rate of hydropower development, the global energy pathway to net-zero emissions will not be realised,” warn IHA president Roger Gill and IHA chief executive Eddie Rich in the report’s foreword. “This is a wake-up call for policymakers, hydropower developers and project financiers, and provides clarity for the public.”

Finally, the IEA’s own Net Zero by 2050 report, released in May, called for 2,600 GW of new hydropower capacity by 2050 to have a chance of keeping global temperature rises below 1.5 degrees Celsius.

That means that we need to build the same amount of capacity in the next 30 years as in the previous 100.