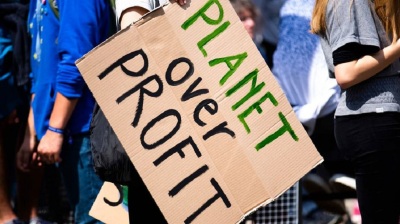 The UN has identified greenwashing by business and finance as the biggest danger facing the race to net zero, urging them to avoid a toxic cover-up and to ensure that any climate pledges they keep are in line with the 1.5-degree targets.

The report warned that greenwashing, weak regulation and intensive lobbying by fossil fuel proponents was the greatest impediment to fighting climate change. The business sector cannot be trusted to police itself, the report said, and must be subject to strict national and international laws and regulations on green investment.

The report is a major wake-up call for global finance and their ESG policies. The UN report was scathing in its criticism of a whole list of activities by business and finance that weakens the fight against climate change, from pro-fossil fuel lobbying by business associations to promoting voluntary green investment rules that are in fact toothless, confusing and misleading.

“We must have zero tolerance for net-zero greenwashing. Today’s Expert Group report is a how-to guide to ensure credible, accountable net-zero pledges,” António Guterres said at the launch at the report at COP27 in Sharm el-Sheikh, Egypt.

“That means global emissions must decline by at least 45% by 2030 – and reach net zero by 2050.  Pledges should have interim targets every five years starting in 2025,” Guterres explained.

The targets must cover all greenhouse emissions and all their scopes. For financial institutions this means all of their finance activities, and for businesses and cities it means all emissions – direct, indirect and those originating from supply chains.

“The message is clear to all those managing existing voluntary initiatives – as well as CEOs, mayors [and] governors committing to net-zero: abide by this standard and update your guidelines right away – and certainly no later than COP28,” Guterres underscored.

A major UN body, the UN High-Level Expert Group on Net-Zero Commitments of Non-State Actors, said at COP27 that honesty, probity and integrity were crucial to reaching net zero, and that the public, governments and investors must be vigilant against misleading or confusing claims about the green-ness or sustainability of an investment or project.

The report, called Integrity Matters, slammed greenwashing and also weak net-zero pledges and set out ways to bring integrity to net-zero commitments by industry, financial institutions, cities and regions and to support a global, equitable transition to a sustainable future.

“Using bogus ‘net-zero’ pledges to cover up massive fossil fuel expansion is reprehensible. It is rank deception. This toxic cover-up could push our world over the climate cliff. The sham must end,” said Guterres

The report said that while government had to take the lead, solving the climate crisis is not up to them alone. Non-state actors – industry, financial institutions, cities and regions – play a critical role in getting the world to net zero no later than 2050.

Catherine McKenna, chair of the high-level expert group, said that the UN aimed to prevent dishonest climate accounting and other actions designed to circumvent the need for deep decarbonisation. She called on non-state actors to report publicly on their progress with verified information that can be compared with peers.

The report made five key recommendations to businesses. First, they cannot claim to be net zero while still investing in fossil fuels.

Non-state actors must not buy cheap credits that often lack integrity instead of immediately cutting their own emissions across their value chain.

Importantly, the report said that companies must stop lobbying to undermine ambitious government climate policies either directly or through trade associations or other bodies. Instead they must align their advocacy, as well as their governance and business strategies with their climate commitments.

Finally, the report makes a clarion call for stronger net-zero regulations and laws, abandoning any voluntary initiatives by companies themselves.

The report calls for strict for regulation starting with large corporate emitters, including assurance on their net-zero pledges and mandatory annual progress reporting.

Put simply, non-state actors cannot be trusted to go green by themselves, but rather they must be subject to stringent regulations and laws.

The report comes as Oxfam said in a report that the investments of the world’s 125 wealthiest people produce the same amount of CO2 as the whole of France, while each of them emits a million times more greenhouse gases (GHGs) than the average person.

The billionaires together have “investment emissions” that equal the carbon footprints of entire countries such as France, Egypt or Argentina.

Meanwhile, the problem of greenwashing was highlighted by former UN Presidential candidate Al Gore at COP27.

CO2 created from oil and gas production could be severely underreported, a report from Climate TRACE, a coalition founded by Gore, warned at COP27.

The report said that emissions data voluntarily offered to the UN Framework Convention on Climate Change (UNFCCC), the body that includes the annual COP summits, was misleading, and that real emissions levels could be three times higher.

More than half of the 50 largest sources of GHG emissions are associated with oil and natural gas fields and those emissions are vastly under-reported, the report warned.

Looking ahead, the UN report’s key recommendation is for a new global Task Force that would unite international regulators and help policymakers and regulators complement voluntary climate action with clear rules that are both nationally appropriate and internationally consistent.

Put simply, the world needs a more uniform group of global green financing rules that would force business and finance to implement net-zero policies and to fight against greenwashing.

bneGREEN: Most growth in power generation by 2050 will be solar and wind – BP
Climate-related crises among main drivers of human trafficking, UN drugs and crime office says
bneGREEN: Renewable energy was a hot topic in Davos but for Europe, much work remains

bneGREEN: Most growth in power generation by 2050 will be solar and wind – BP
4 days ago
bneGREEN: Renewable energy was a hot topic in Davos but for Europe, much work remains
11 days ago
bneGREEN: Floods turn Drina river in Bosnia into floating landfill
13 days ago
Central Asia’s shorter winters are whittling away glaciers
19 days ago
bneGREEN: River of waste clogs Serbia’s Lake Potpec after heavy rains
20 days ago