BEYOND THE BOSPHORUS: Erdogan's Kurdish crackdown ignores the lessons of history 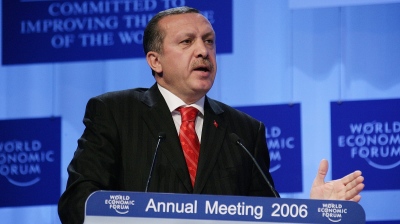 The explosions that rung in the New Year in southeast Turkey this year were not from fireworks. The rat-ta-tat of rockets, sniper gunfire and makeshift explosives that punctuate the silence of eerie, curfew-imposed streets has become the soundtrack by which many of Turkey’s Kurds now live in areas such as Diyarbakir’s historic Sur district. Here, government forces allowed no festive let-up in the bitter war against resurgent separatist Kurdish militants.

It’s a damning comment on 13 years of Justice and Development Party (AK) rule that, having promised so much, the party of President Recep Tayyip Erdogan is back behind square one when it comes to bringing peace to a region that has been the scene of violence for decades.

Only six months ago, it had seemed to be a good time to be a Kurd. The exploits of the hard-fighting Syrian and Iraqi Kurds against Islamic State were much admired worldwide, giving various Kurdish independence bids a new sheen. And in Turkey in June, for the first time ever, a pro-Kurdish party attracted enough mainstream supporters to win more than the 10% vote that it needed to get into parliament. In the background, the government had been negotiating for some time with imprisoned Kurdish leader Abdullah Ocalan in its taboo-breaking efforts to find accommodation with his Kurdistan Workers Party (PKK) and its supporters. Turkish Kurds had become used to peace.

Fast forward to January 2016, and it’s as if none of that had happened. Fighting is raging between government troops and PKK militants in several provinces. Unlike in the past, the fighting is overwhelmingly in urban areas, at great cost to the civilian population, with upwards of 250 civilian deaths. According to a report by the Turkish rights organisation, Humanist Buro, at least 58 children were killed between the end of July and the end of December last year, including a 35-day-old baby.

The armed youth wing of the PKK has been digging trenches and putting up barricades in Kurdish areas. Locals – even Kurdish separatists – have begun to complain of harassment by the armed youth. One man told Al Jazeera Turk that crosses had been marked onto his door and the houses of others known to be religious or insufficiently pro-PKK. Others say that when the security forces take over, their ill-treatment drives locals back into the arms of the militant Kurds. Businessmen in Kurdish cities complain that their livelihoods have been destroyed and blame both sides.

Politically, Erdogan is spearheading an obsessive pursuit of the People’s Democracy Party (HDP), whose presence in parliament deprived him of the supermajority he needs to push through his plans for a powerful presidency. In the first week of January, riot police and special forces raided one of the HDP’s Istanbul offices and detained six people. Party offices and members have been targeted by police, prosecutors and nationalist attackers and HDP leader, Selahattin Demirtas, has been accused of “treason”.

Erdogan appears to want the lifting of parliamentary immunity from HDP MPs – something that was done 20 years ago to little practical effect when Kurdish deputies were thrown out of parliament and imprisoned amid great publicity. Ocalan, at the time in hiding, was reportedly delighted, saying that he had finally outmanoeuvred the government into turning a local problem into a global issue. International courts overturned the cases against the MPs, who spent ten years in jail, and the AK Party’s own legal changes in 2004 allowed for a retrial and acquittal. In the meantime, the PKK’s insurgency became more, not less violent.

It is all so depressingly old fashioned. What Erdogan is doing has been done many times before by leaders considered far less visionary. At least they were virtually forced to crack down by the military apparatus that was then steering the country. Erdogan has, to general applause, tamed the armed forces and warlike “Deep State” and sought a path of compromise. His return to the old ways is a choice made by a man who has tried and rejected negotiations.

One hope here is that Erdogan – at least on the matter of immunities – does not have the full support of the AK Party government. Reports from the AK Party’s winter conference show that many, including Interior Minister Efkan Ala, oppose this as ineffective. They are, reportedly, also not so keen on that other obsession of his – a presidential system.

If Erdogan’s peacemaking credentials are in tatters, the Kurds have also lost their shine. When the increasingly uncooperative PKK broke its own ceasefire last summer, the angry Turkish government pounced, and managed to use public fear of the resulting unrest to reverse its electoral losses in the snap November election to regain its parliamentary majority.

The HDP also missed its chance: instead of cementing their role as peacemakers and mediators, its MPs allowed themselves to be seen as too close to the PKK. At the end of last year, HDP leader Selahattin Demirtas upset moderate supporters by controversially defending the trenches dug by the PKK youth and supporting their tactics for “autonomy by force”.

The government hasn’t allowed anyone to visit Ocalan since April, meaning that the one man who could talk the Kurds down is silenced. Into the vacuum has stepped the much more warlike commander Cemal Bayik, who also supports the aggressive actions of the PKK youth.

Despite a public determination to stamp out the PKK, the government knows it cannot do this militarily. The PKK also knows it cannot achieve Kurdish autonomy without the government’s say-so. On the face of it, though, both sides want to keep fighting for now so they can weaken the opposition further.

The optimistic spin is that sooner or later everyone will want to stop, exhausted by the stalemate that a simple study of a hundred years of history could have shown they would reach.

But since Erdogan has seen that more violence can indeed mean more votes, then what’s to stop him concluding that even more violence will bring him even more votes. Maybe even enough to hold yet another election and steer his AK Party to the supermajority needed for his precious presidency.

So far, I’m still on the side of logic, practicality and reason. But only just.

ING: So what is a greenium and how do we get to it?
Public banks’ share in Turkey’s domestic bonds at record high
COMMENT: Time to end Putin's impunity

The Ryanair incident on 23 May was as much as a bellwether for the status quo in Belarus as it is a geopolitical catalyst. It has had four significant consequences.

THE VIEW FROM MITTELEUROPA: Surviving on life support – Belarus, sanctions and path-dependency
1 hour ago
COMMENT: Time to end Putin's impunity
3 days ago
COMMENT: CEE national recovery and resilience plans – the focus, the gaps and what comes next
4 days ago
MOSCOW BLOG: Primary rehearsal
7 days ago
ING: Hungary seems all set for a record year in 2021
7 days ago