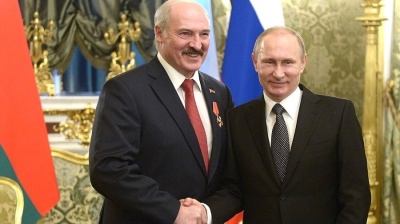 The IMF's medium-term outlook is for "subdued absent vigorous structural reforms, weighed down by unfavourable demographics and weak productivity" in Belarus. At this juncture, medium-term growth is projected at 2%, limiting convergence towards the income levels of richer neighbouring countries, according to the multinational lender.

However, this modest outlook is "conditional" on full compensation from Russia for losses triggered by the so-called tax manoeuvre. "Should compensation be significantly less than full - and this is the key risk hovering over the Belarusian economy at this stage - medium-term growth could be materially lower than 2%, and the budget and current account deficits higher than projected above," the statement reads.

The so-called tax manoeuvre in the Russian oil industry envisages a gradual reduction in the rate of export duty on oil and petroleum products from 30 % to zero in the period from 2019 to 2024 and a proportionate increase in mineral extraction tax on oil production.

On December 8, a spokesperson with Belarusian President Alexander Lukashenko said in a televised interview that Minsk already lost $3.6bn due to Russia's cut of energy subsidies to Belarus. Due to Moscow's 'tax manoeuvre' Belarus will lose extra $11bn within the next four years, the spokesperson added.

Belarus’ foreign exchange reserves stood at around $7.1bn in late December. However, significant part of the reserves were created by bonds issued by the National Bank of Belarus (NBB), which the regulator should repay within the next 12 months. The bondholders of these notes are local commercial banks.

In November, the International Monetary Fund (IMF) warned the Belarusian government to be prepared "contingency plans" if energy negotiations with Russia fail. "Although the government sees a low probability of less than full compensation for the tax manoeuvre losses, contingency plans would be helpful if such an event were to materialise," the IMF said in a statement.

According to the multinational lender, in such an event, oil-refining activity would be reduced, dampening export revenue and growth. Tax revenues would also be hit due to lower economic activity, lower transfers from Russia, and lower customs duties.