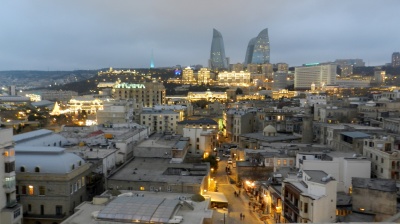 The foreign exchange reserves of the Azerbaijani Central Bank (CBA) declined to $5bn at end-December, from $6.2bn at end-November, according to a statement by CBA's main directorate for monetary policy.

The Azerbaijani regulator lost over $10bn in foreign exchange reserves between August 2014 and December 2015 in an attempt to support the manat, despite the fact that other countries in the region - Georgia, Turkey, Russia andKazakhstan - promptly floated their currencies in order to save precious reserves. CBA devalued the currency by a third against the dollar in February 2015, but external pressures on the manat continued, prompting CBA to eventually float the currency on December 21, thus ending a four-year peg to the dollar.

Baku's delayed reaction might be explained by a concern "over domestic political stability in advance of parliamentary elections [in November 2015] and presumably were living on a prayer that oil prices would rebound", analyst Tim Ash from Nomura International believes.

The single greatest predictor for Azerbaijan's monetary stability - and economic performance in general - is the price of oil, as Baku relies on hydrocarbons for over 90% of its export revenues, some 70% of its budget revenues and over 30% of GDP. With oil prices expected to stay low in the medium term "given the dominance of the Saudi-Iran battle for supremacy...in the Middle East", as Ash explains, Baku will have to adjust its spending, and might have to resort to foreign borrowing, which is out of character for a country used to budget surpluses and a low debt to GDP ratio of 15% in 2015.

The floating of the manat is credit positive for the sovereign and its balance sheet, but Azerbaijani consumers have been hit by a skyrocketing inflation of as much as 30% for certain products in its aftermath. Meanwhile, the domestic banking sector, which was still battling the effects of the February devaluation before the December floating added insult to its injury, has reported a demand for foreign currency in the early days of January that was so high, it was unmanageable.

"Despite the fact that CBA's reserves are melting away, it still cannot cover all of our [the banks'] foreign exchange (forex) demand, so we are only partially meeting customer demand for forex at the moment. Demand for dollars is strong, and forex trading is profitable for banks, but this situation is not healthy for the market. CBA needs to increase interest rates, which are too low at 3.5%, and deposit guarantees in order to rebuild confidence in the market," sources in the banking sector told bne Intellinews.

According to Trend news agency, a black market for foreign currency has emerged in Azerbaijan, in which the dollar trades at AZN2 to AZN2.2. The official exchange rate is AZN1.56 to the dollar.

The Mariupol siege is over as the last Azov defenders surrender
31 minutes ago
Kyrgyzstan: Eccentric health minister fights for his job amid claims of corruption and bullying
14 hours ago
Azov commanders have remained behind in the Mariupol steelworks to continue the fight
15 hours ago
Russia hopes Chinese carmakers will help revive Moskvitch brand
16 hours ago
Russia may leave the WTO and WHO. In practice, it never really joined
16 hours ago