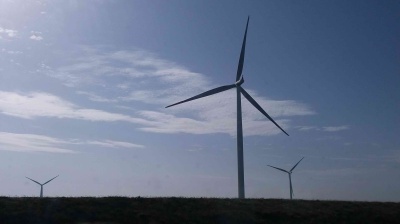 Albania launched its first tender for utility-scale onshore wind power plants on June 22, announced the European Bank for Reconstruction and Development (EBRD) that has been helping the Albanian authorities to introduce competitive procurement processes for renewable energy projects.

Albania has one of the greenest energy systems in Europe, as it produces almost all of its electricity from hydropower. However, fluctuations in weather conditions from year to year make this an unreliable source of power, forcing Albania to turn to imports in some years. Tirana has been seeking to diversify its energy generation, including through some of the country’s first wind and solar projects.

Several projects with a total tendered capacity of 100 MW will be chosen through the tender launched on June 21, and this total may be raised to 150 MW in the coming months. The tender, organised by the Albanian Ministry for Infrastructure and Energy, is open to projects with a capacity of between 10 MW and 75 MW.

“We open another chapter towards diversification of energy sources. Albania will have one more alternative for energy production using another source, the wind,” said the ministry in a Facebook post.

“We are delighted with the progress Albania is making on scaling up wind and solar energy through open and transparent tenders. This is another milestone for the diversification, resilience and sustainable development of the country’s energy sector,” said Matteo Colangeli, head of Western Balkans at the EBRD, which has already worked with Albania on two solar tenders.

“The projects will help to diversify sources of supply in Albania’s electricity sector, which is vulnerable to seasonal changes in hydrology and dependent on expensive and emissions-intensive power imports,” said an EBRD press release.

Meanwhile, the Swiss State Secretariat for Economic Affairs (SECO) is providing funding for the technical assistance for the tender and regulatory work in the energy sector to facilitate the introduction of auctions.

Earlier this month, commercial operation of Albania’s first floating solar power plant started. The plant was set up by renewable energy company Statkraft, present in Albania since 2007, and Norway’s Ocean Sun. It is located on the Banja reservoir, where Statkraft already operates the 72-MW Banja hydropower plant (HPP).

The first unit of the plant that has been launched has 1,536 solar panels and an installed capacity of 0.5 MWp. An additional three floating units are planned, with a total capacity of 1.5 MWp.

A report from the International Renewable Energy Agency (IRENA) published in March says Albania has “extensive” opportunities for solar energy generation, as well as potential to produce wind and geothermal energy.

The report also noted that Albania’s current reliance on hydropower makes the country vulnerable to weather patterns and – in the longer term – to climate change.

“Aside from the socio-economic implications of its extensive reliance on hydropower, Albania is among the most vulnerable of South-East Europe’s countries to climate change, according to the World Bank, and changing weather patterns have already resulted in increased temperatures, decreased precipitation and more frequent extreme events such as floods and droughts,” warned the report.

bneGREEN: Fit for 55 – not fit for purpose
3 days ago
bneGREEN: Slovenia’s Sigma Energy deploys device to convert sea waves into electricity
15 days ago
bneGreen: Southeast Europe’s first eco-mosque opens in Croatia
22 days ago
bneGREEN: Europe pays what it takes to bring in LNG but still cannot get enough
24 days ago
bneGREEN: Baltic states – except Russia – agree to aim for seven-fold increase in offshore wind
1 month ago