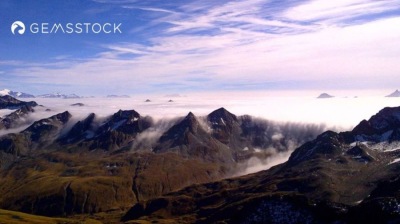 Gemsstock is named after the 2961m Swiss Alpine mountain visible from the home of co-founder Al Breach / wiki
By Jason Corcoran in London March 21, 2019

Gemsstock's client assets climbed to $1.37bn by September 2018 from $830mn for the prior year, according to a recent filing submitted with UK Companies House.

The achievement is remarkable given that Breach only set up Gemsstock less than five years ago with his former UBS comrades from Moscow.  The fund-raising also comes in the midst of the near decimation of active hedge fund management and as many investment funds have had to close or merge to survive.

In the filings, Director Darren Read said the principal activity of the firm is to manage the Gemsstock Master Fund and the associated managed accounts.

“The business performance in the year to September 2018 was in line with management expectations,” said Read in the statement. “The outlook remains positive, though as ever dependant on the success of the investment strategy.”

The fund, which is based in London’s West End, is now rated as one of the biggest macro hedge funds in Europe by assets. Macro funds bet on macroeconomic trends using bonds, currencies, rates and stock futures. Only a dozen hedge funds in Europe have assets of more than $1 billion, according to data from industry tracker Preqin.

However, Gemsstock had a tricky 2018 as most of the sector went long on emerging markets, the euro and shorted the dollar. Each of those calls were off and the Gemsstock Master Fund lost 2% for the year to September 30, according to data compiled by HSBC.

So far this year, macro funds have rebounded 2.1% on average but it hasn’t stopped firms shutting their funds. The FT reported this month that Rubicon, one of the oldest hedge funds in London, will close its 20-year macro fund due to rough market swings and poor performances in recent years.  The Global fund, which once topped $1bn in assets, has dropped to about one-quarter of that due to losses and investors pulling their holdings.

The $3 trillion hedge fund industry is contracting with a number of veterans calling it quits. Closures outnumbered start-ups for the third consecutive year, according to data by Eurekahedge.

Breach, 48, departed from Russia after quitting in 2007 as head of research at UBS, where he was also a strategist and economist. He joined what was then the UBS Brunswick joint venture in 2003 after four years as Russia economist at Goldman Sachs Group. He has since set up an internet venture, The Browser, and Furka Holding, a fund for family and friends from his base in Switzerland.

Gemsstock's flagship fund is co-run by Breach and Read, who was a protege of Moore Capital’s superstar manager Greg Coffey. Named after the fabled Gemsstock Swiss Alpine mountain Breach can see from his nearby residence, it runs a multi-asset absolute return strategy investing into global emerging markets

The company made a £5.7mn profit during the year with shareholders pocketing dividends worth £4.7mn, according to the filings.

Edinburgh University mathematics graduate Breach, who didn’t answer e-mails seeking comment, has served on the board of Bank of Georgia as well as the investment firms East Capital and Vostok Nafta. But despite the experience of most of the founders of working in Moscow, it is understood that Gemsstock avoided investing in Russian securities in at least its initial years of operations.

Investment managers active in Russia and Eastern Europe have been particularly decimated over the past five years due to the collapse in commodity prices, sanctions against Russia over interference in the Ukraine conflict and the relative outperformance of developed markets like the US.

Verno Capital and SPRING, two fund managers focussed on Russia and CIS markets, late last year announced plans to merge and to pool their resources to form a $500mn firm.

SPRING, or Specialised Research and Investment Group, was founded in 2003 by veteran Russia banker David Herne. Verno was set up in 2009 by Dmitri Kryukov, a former Renaissance Capital banker and founder of the hedge fund Kazimir Partners, and was later joined by RenCap’s star analyst Roland Nash.