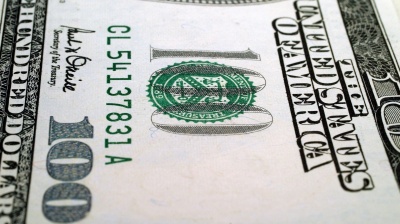 It is questionable how useful non-USD or non-EUR reserves are. / Revisorweb, Public domain.
By Akin Nazli in Belgrade August 17, 2021

The board of the International Monetary Fund (IMF) lately approved a general allocation of Special Drawing Rights (SDRs) equivalent to $650bn, which will mean Turkey receiving around $6bn.

The SDRs in question will be delivered to all IMF members based on their quotas without any condition. Turkey has a 0.98% quota in the IMF.

The Turkish central bank already has around $1.5bn worth of SDRs in its accounts, delivered after the 2008 financial crisis.

The fresh SDR allocation will enter into the regulator's account on August 23.

Also, on August 12, the central bank signed a new $2bn swap agreement with its Korean counterpart. As a result, it currently has $23bn worth of local currency deposits in its accounts via swap agreements, including $15bn of riyals from Qatar, $6bn of yuan from China and $2bn of won from South Korea.

Additionally, it has about $45bn via hard currency swaps with domestic banks.

The new Korean swap deal and the IMF reserve allocation will not impact the net reserves but the gross reserves will increase. It is questionable how useful non-USD or non-EUR reserves are. The central bank would also need to sell its SDRs if it wanted to use them, and that would not be a good message on its reserves.

At the end of the day, SDRs and won do not provide anything more than make-up. In the perfunctory analysis of the pundit, ratios of gross external debt-to-gross reserves are used. However, the make-up in question will also not change Turkey’s desperate situation based on these ratios.

A Pollyanna or marketer may see a change from minus $61.9bn in March to minus $52.9bn in August as a sharp improvement. However, the Turkish central bank has no competitor in the world in carrying such a huge short FX position.

Again, the SDRs or swaps do not impact on this position as they simultaneously increase the assets and liabilities.

The less than $10bn worth of improvement in the last five months was thanks to rediscount credit repayments and a recovery in gold prices, according to @e507.

If this performance is kept on track, as we have been noting since November 2020, when the previous central bank governor was appointed, then the Turkish central bank may get into positive territory in two years.

In a two-year period, Turkey is eminently capable of changing its regime a few times over, having a clutch of coups, entering into regional wars and becoming embroiled in a few more crises.

In 2021, the central bank has not sold reserves to intervene in the USD/TRY market via the backdoor. From November last year, portfolio inflows expanded “retail FX deposit accounts”, while the volumes registered in those accounts simultaneously declined when sharp portfolio outflows were observed following the firing of the "market friendly, hawkish" central bank governor in March.

The suspicion is that these FX deposit accounts are not actually FX, they are just FX-linked. Even the “retail accounts” simultaneously convert their deposits into Turkish lira when there are portfolio outflows; that won't help portfolio holders access real FX to flee Turkey.

Recently, the Turkish lira market has been far too calm, offering up that "calm before the storm" feeling. The transaction volumes are low. Substantial upward moves in the USD/TRY pair are easily evaded and the rate, as a result, floats downwards. However, the swings downward are also too limited.

All-in-all, Turkey’s so-often record-breaking currency has left half of August behind without creating any fresh records. If summer liquidity is left dry, with no crash, the next interesting stop may be November prior to the beginning of the new year rally in December.