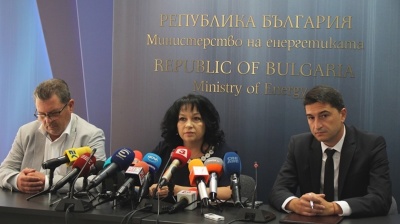 A total of 13 companies have sent letters of interest to Bulgaria’s energy ministry for the relaunch of the project to build the Belene nuclear power plant (NPP), Energy Minister Temenuzhka Petkova said on August 20.

Plans to build the Belene NPP were scrapped in 2012, but Sofia was forced to reconsider after Bulgaria was ordered to reimburse over €600mn to Atomstroyexport (a unit of Russia’s Rosatom), which had won the contract to build the power plant and had already started work.

In May, Bulgaria called a tender for strategic investor for the project. The government in Sofia hopes to finish the project within 10 years at a cost of up to €10bn.

France’s Framatome and US General Electric sent letters expressing their interest in supplying equipment and securing the funding for the project.

Neighbouring North Macedonia said it was interested in acquiring a minority stake in Belene and signing an electricity purchasing agreement. An interest in minority participation in the NPP was also received from Bulgarian companies Atomenergoremont AD and Grand Energy Distribution EOOD.

Within 90 days, a working group with representatives from the Ministry of Energy, Bulgarian Energy Holding EAD, National Electric Company EAD and Electricity System Operator EAD will prepare a shortlist of companies interested in participating in the Belene NPP project as strategic investors, the ministry said.

The procedure is flexible and allows the selected strategic investor to have conversations with companies that have a minority interest in the project or an interest in purchasing electricity, it added.

Bulgaria’s ethnic-Turk Movement for Rights and Freedoms (DPS) expects that the country will hold an early general election within two months, the party’s MP Halil Letifov said in an interview ... more

Bulgaria’s government decided to extend the extraordinary pandemic situation by two more months until the end of November, as the coronavirus (COVID-19) continues to represent a serious health ... more