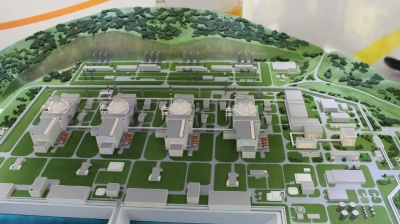 Turkey’s energy sector has $12-13bn worth of loans that require restructuring, out of a total of $70bn, Garanti Bank’s deputy managing director Ebru Edin has told broadcaster Bloomberg HT.

Garanti Bank, currency crisis-hit Turkey’s third largest lender by asset size, has financed several energy projects in the country. Around $23bn of the energy sector’s total loans have already been paid, Edin also said in remarks on May 2.

In April, Finance Minister Berat Albayrak announced a plan to transfer some of the banking sector’s problem loans to off-balance-sheet funds. Two are to focus on energy and real estate.

The planned energy sector fund will be placed under the management of a portfolio management company.

After reaching an acceptable level of stability, the funds may transform into assets that could be sold to investors. That would relieve banks’ balance sheets, Edin said.

More than half of the loans were given to renewable energy projects, she added, noting that with state-guaranteed energy purchases the problems with these loans were rather more limited.

Turkey is almost entirely reliant on imports to satisfy its energy needs. The cost of those imports has leapt given the collapse in the value of the Turkish lira amid the currency crunch. The lira lost around a third of its value against the dollar last year and has weakened by around 12% versus the USD in 2019 to date.

The currency crisis has left Turkish corporates sitting on a mountain of hard currency debt which they cannot pay off by exchanging lira earnings.

The pressure on Turkey’s banks from increasing levels of non-performing loans (NPL) is starting to tell.