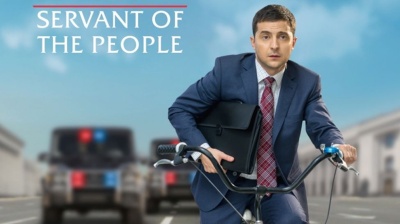 A new crisis is erupting in Kyiv after the Constitutional Court struck down some key anti-corruption laws, thus undoing a large chunk of the progress made since the Revolution of Dignity in 2014
By Ben Aris in Berlin October 30, 2020

Ukrainian President Volodymyr Zelenskiy was scrambling on October 29 to head off a crisis of confidence in his government that could end the current International Monetary Fund (IMF) $5.5bn Stand-by Agreement and right to visa-free travel in the EU among other things.

Ukraine’s Constitutional Court struck down laws that hold officials accountable for corruption and for lying on their annual mandatory electronic income declaration, which includes a declaration of the income and assets of their immediate family.

“This ruling [throws into] doubt a series of international requirements that Ukraine took upon itself regarding its international partners, including the EU,” the delegation stated on October 29. “The EU considers institutions to fight corruption, such as mandatory electronic declarations, the cornerstone for transforming Ukraine, as well as tight political association and economic integration with the EU.”

Zelenskiy called for the Supreme Court to be dissolved and new anti-corruption laws to be enacted at an emergency meeting of his National Security Council on the evening of October 29, as the scandal has started to turn into a crisis.

Protesters gathered in front of the Constitutional Court building during the day on October 30 to call on the judges to reverse their decision, which undoes hard-won progress that the Ukrainian people have paid for with their blood.

The next day Zelenskiy submitted a bill to Parliament to dismiss the country’s judges and asked lawmakers to restore the anti-corruption laws that had been struck down by the court in the same week.

“There is a necessity to ensure the preservation of the European and Euro-Atlantic choice of Ukrainian society, the upholding of rule of law by constitutional bodies, the removal of threats to Ukraine’s national security,” said the text of the bill.

Zelenskiy called the Constitutional Court’s decision “worthless” and accused the judges of a conflict of interests. The judges on the Supreme Court shot back that Zelenskiy was attempting a “constitutional coup.”

Zelenskiy is now engaged in what looks like an increasingly desperate rearguard action, as the IMF money is crucial for the government’s funding plans for this year. Without the IMF money analysts say Ukraine won’t be able to meet its international debt obligations without digging deeply into its meagre reserves. That could result in a currency crisis and probably worse. Zelenskiy's call to dismiss the Constitutional Court judges could end up resulting in a constitutional crisis.

Zelenskiy’s solution to the crisis is unlikely to go anywhere. First, neither the president nor Parliament have powers to dismiss the judges, as their jobs are protected by the separation of powers as enshrined in the Ukrainian constitution. The Constitution requires a two-thirds vote by fellow judges for the dismissal of a judge and then only for specific reasons like health, but not for something as vague as “conflict of interests.”

“It’s amusing to see top state officials scrambling to rescue Ukraine’s relations and reputation with the West. But any minimal relief from that was erased by Zelenskiy’s utterly reckless gesture of trying to dismiss the entire Constitutional Court. First, it will be perceived as a power grab by Zelenskiy to appoint judges loyal to him. But more importantly, it sets a dangerous precedent for politicians interfering in the work of a key court, regardless of how questionable its work has been,” Zenon Zawada of Concorde Capital said in a note.

Passing new tough anti-corruption laws is also a non-starter too, as these laws would have to be approved by the Rada that is populated by the very people they are designed to punish. Moreover, a large share of the deputies in the Rada are proxies for Ukraine’s various oligarch groups which rely on graft to exercise their power over politicians. As bne IntelliNews has written elsewhere, in Ukraine, as in Russia, corruption is the system.

The concerns of Ukraine’s foreign donors have been building for some time over the course of this year.

However, in an early sign of what could end up as a constitutional crisis, the Cabinet of Ministers approved on October 29 a resolution requiring the National Agency of Corruption Prevention to immediately renew online access to the state register of electronic declarations of state officials, as well as ensure the mechanism for special reviews of declarations of elected officials.

To add insult to injury, one of the judges on the Supreme Court panel was found to have bought a villa in the Crimea after the Russian annexation in 2014, which he failed to include in his annual declaration.

“Oleksandr Tupytskiy, the chief justice of the Constitutional Court, acquired a land parcel of 126 square metres in the village of Koreyiz outside of Yalta in Crimea in 2018, after it was illegally occupied by the Russian government. Moreover, he didn’t report the acquisition in his 2018 and 2019 e-declarations on assets and income, as reported on October 28 by the Skhemy investigative news program, sponsored by Radio Free Europe/Radio Liberty and state television. He did this in violation of the law forbidding deliberately fraudulent declarations, which was overturned in the scandalous October 27 ruling. He also violated a law forbidding Ukrainian state officials from co-operating with illegal state bodies established by Russia in occupied Crimea,” Concorde Capital said in a note.

On top of this scandal the State Bureau of Investigations is currently investigating Tupytskiy in criminal cases of participating in an organised crime network, which allegedly influenced the activity of Ukraine’s administrative courts, causing them to confiscate property illegally.

The decision shocked Ukraine’s allies, who said they worry that all the main pieces of the anti-corruption infrastructure adopted by Ukraine since the Revolution of Dignity in 2014 are being dismantled. The ambassadors of the G7 nation sent the government an open letter expressing their “alarm” and concluding with: “Too much progress has been made, Ukraine must not go back to the past.”

The Constitutional Court's decision is only the latest in a string of decisions that have gone a long way to gutting all of the anti-corruption reforms made over the last six years, fuelling a growing sense of concern amongst Ukraine’s leading donors, who have become increasing outspoken.

The problems started with a major government reshuffle on March 3, that included the sacking of the technocratic Ukrainian Prime Minister Oleksiy Honcharuk. That was followed by the sacking of almost all of the most progressive reformers in charge of various important government bodies, including Ruslan Riaboshapka, who was dubbed “Ukraine’s first ever honest general prosecutor,” who was replaced with Zelenskiy loyalist Iryna Venedyktova.

The head of the National Anti-Corruption Bureau of Ukraine (NABU), Artem Sytnyk, has also been under attack after a regional court ruled that he should be removed from his post. Ukraine’s Ministry of Justice has refused to follow through on the recommendation.

NABU is the investigation branch of a triumvirate that also includes Specialised Anti-Corruption Prosecutor’s Office (SAPO) and an Anti-Corruption Court (ACC), which are all entirely autonomous and independent of the government, and have powers to arrest and jail Ukrainian politicians on corruption charges. All three were set up at the insistence of the IMF, although former president Petro Poroshenko vigorously resisted the creation of the ACC, which was eventually forced on him.

But maybe the most high-profile case prior to the Constitutional Court’s decision was the ousting of governor of the National Bank of Ukraine (NBU) Yakiv Smolii in July in what was widely seen as a direct attack on the independence of the central bank. In the statement by the IMF that came with the distribution of the last $2.1bn tranche in June, the multilateral bank repeated several times that the independence of the NBU was sacrosanct. Smolii was fired a week later.

Public support is collapsing for The People’s Servant Party
Ukraine’s industrial output jumped 4.8% y/y in December
State-owned Ukrgasbank signs off on convertible €30mn IFC loan ahead of its privatisation

Putin strikes a conciliatory tone in his World Economic Forum speech but warns of an “all against all” fight if tensions are ignored
18 minutes ago
@russian_market sacked by UBS for supporting Navalny
14 hours ago
Public support is collapsing for The People’s Servant Party
15 hours ago
Polish parcel locker operator InPost soars in Euronext Amsterdam debut
15 hours ago
Russian President Vladimir Putin and US President Joe Biden have first phone call, extend START II treaty for five years
23 hours ago