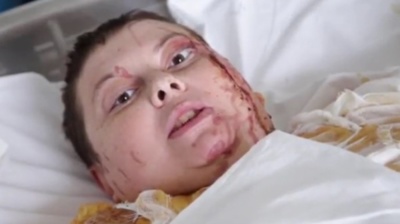 The Prosecutor General’s Office of Ukraine named Vladyslav Manher, the head of the Kherson Regional Council, a suspect in the acid attack and murder of local civic activist Kateryna Handziuk on February 11.

The two criminal charges involve acting as the organiser of a crime and premeditated murder. Manher organised the killing, hired the five perpetrators and provided the funds, the prosecutor general’s report said, according to the pravda.com.ua news site. Manher committed his crimes motivated by his personal animus towards Handziuk, who was an activist against illegal logging in the region, from which his local criminal syndicate earned illegal profit, the report said.

Prosecutor general of Ukraine Yuriy Lutsenko told the press conference where the findings were announced that more state and law enforcement officials could be implicated, though evidence is still lacking. He said no evidence has been found linking Andriy Hordeyev, the head of the Kherson regional administration (which is the local representative office of the Presidential Administration), to the murder. At the same time, his deputy Yevhen Ryshchuk took a leave of absence from his post pending the investigation. Viktor Handziuk, the victim’s father, alleged that Manher, Ryshchuk and Hordeyev were all responsible for the murder and “should disappear from the political horizon.”

Numerous protests occurred in recent days by activists demanding prosecutions for Handziuk’s murder. Dozens of members of a nationalist group attempted to protest at a February 9 campaign rally for candidate Yulia Tymoshenko, only to be arrested by police before they could unfurl their banner that read “Who Killed Katia Handziuk?” At a forum attended by President Pedro Poroshenko the same day, an activist had his banner with the same slogan ripped apart by police.

“As cynical as it might sound, this has all the signs of a careful arrangement by authorities to extinguish an embarrassing scandal during an election campaign. Manher submitted his resignation from the Fatherland party the same day of the protests, which doesn’t happen unless there’s pressure from above. The party duly agreed to exclude him from its ranks, likely allowing to him serving as the fall guy for the murder since his expulsion boosts its image among voters. After the prosecutor made the allegations public, Manher told the press he intends to stay in Ukraine and cooperate fully with investigators, which is more evidence of a political arrangement,” Zenon Zawada of Concorde Capital said in a note.

“For the Presidential Administration, keeping the exposed and vulnerable Hordeyev in power is an even greater boon since he will gladly fulfill all orders during a neck-and-neck election campaign, especially vote manipulations. With Manher cooperating with investigators, eventually taking the blame and receiving a slap on the wrists (sooner or later), the Poroshenko administration also hopes to satisfy Western authorities, who were caught in an awkward position of being pressured by NGO employees and activists, many of whom receive Western grants, while backing the pro-Western Poroshenko administration,” Zawada added.

“This arrangement takes some of the wind out of the activists’ sails, since the establishment will argue that one key figure has been “punished”. In exchange for his cooperation in removing himself from the spotlight and taking the blame, Manher won’t be prosecuted or convicted. In, which case, time will tell whether activists are able to maintain pressure on the Poroshenko administration to pursue justice to the fullest extent, and whether Western authorities will be satisfied with this rather meager concession (which is Manher abdicating his political post),” said Zawada.

“Unfortunately, the typical scenario for a Ukrainian political scapegoat is that Manher will disappear from radar screens amid political turbulence (of, which there will be more than enough this year), engage in his business affairs behind the scenes, only to quietly return to politics in several years’ time. Meanwhile, Hordeyev will be handsomely rewarded (and protected) if Poroshenko is re-elected. We can [only] believe Ukraine is moving forward with rule of law if better results are achieved than this.”