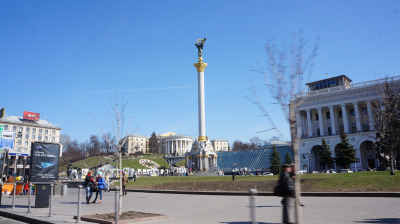 Ukraine is preparing to implement its free trade deal with the EU in January 2016, regardless of how Russia might react. The move would end a saga of complex negotiations and multiple delays, though there is still some uncertainty over the final fate of the deal that triggered the Ukrainian crisis and Russia has already reacted negatively.

European Commissioner for Trade Cecilia Malmström was in Kyiv on November 13 to discuss with Ukrainian government the concrete steps required before the introduction of the Deep and Comprehensive Free Trade Area (DCFTA) – the main pillar of the Association Agreement Ukraine signed with the EU in 2014. The implementation of the deal – bitterly opposed by Russia, which persuaded previous Ukrainian president Viktor Yanukovych to refuse to sign it, leading to his ouster – has been deferred so as to leave room for negotiations with Russia. But the talks have not yielded results, while the war in the east against Russian-backed rebels continues to this day despite a shaky ceasefire.

“We have to be ready for the economic consequences, as Russia resorts not only to the occupation of sovereign and independent Ukraine, but also to the trade war against us,” warned Ukrainian President Petro Poroshenko.

“Very strident comments here from [Russian Economy Minister Alexei Ulyukayev],” says Tim Ash of Nomura International. “Moscow likely will press for a further deferment in the start of the DCFTA beyond the already delayed date of Jan 1, 2016.”

The EU trade agreement foresees the elimination of import duties. There are reduced tariff rates and longer phase-in periods or bigger quotas for sensitive products – agricultural products and metals on the EU side; the car sector on the Ukrainian side. In a move to support Ukraine’s failing economy, the EU is already unilaterally applying the reduced tariffs and import quotas agreed to in the DCFTA.

The bulk of the agreements’ benefits is expected from Ukraine’s adoption of many trade and economic rules included in the 2,000-page text, covering areas like intellectual property, competition policy, public tendering procedures and more open services markets – notably energy. The agreement also requires Ukraine to apply EU technical and sanitary standards, and to adopt some of Europe’s social and environmental norms.

Ukraine is not expected to adopt all the laws as of January next year, so implementation will be gradual. Over time, large parts of the Ukraine economy could become part of the EU’s single market if the reforms are properly implemented.

During her stay in Kyiv, Malmström discussed the state of play in preparations for the deal. “The DCFTA is an important tool. Ukraine should take full advantage of the deal,” she said. However she cautioned that “the DCFTA is not a magic wand”, saying it all depended on whether Ukraine can improve its investment climate to attract business.

Ukraine’s major challenge is to ensure its agricultural and food-processing sectors manage to comply with the EU’s costly sanitary and phytosanitary rules. The EU has promised to offer technical and financial assistance to do so. The European Bank for Reconstruction and Development (EBRD) has stepped up its presence in Ukraine as part of a general Western effort to support the country. The EBRD has allocated €100mn in 2016 to help Ukrainian companies trade internationally.

Ukraine has adopted laws that prepare it to be compliant with the DCFTA. For instance, its April 2015 law on the gas market makes it formally compliant with EU energy market rules. Ukraine has also put its legislation on public procurement in line with the World Trade Organization’s Government Procurement Agreement, which it will join end-2015.

Ukrainian trade has fallen dramatically from the financial crisis and unprecedented recession caused by the war in the east. In the first six months of 2015, Ukraine’s total bilateral trade with Russia fell by 58%, and by 80% for agriculture, according to a research report by the European Parliament. The country’s trade with the EU dropped by 35% over the same period.

The relative resilience of Ukrainian exports to the EU in comparison to those to Russia in recent months signals that Ukrainian businesses are keen on diversifying their export markets. Exports of honey, maize, grape and apple juice, barley products, and wheat have exceeded the duty-free quantities foreseen in the so-called tariff rate quotas of the DCFTA. This indicates companies prefer to pay high duties at the EU border and position themselves on the European market to prepare for the future and compensate for the loss of the Russian market.

Tomas Fiala, president of the European Business Association, explains that in the area of metals and commodities, “the volume of exports to the EU has not declined this year and last year; it is the prices that have declined”. This has translated into lower figures in the export statistics. “Iron and steel prices dropped 40% over the last year,” Fiala says. Nonetheless, the loss of the conflict-ridden eastern Donbas region to Ukrainian output means a big chunk of the country’s exporting sector is no longer in the game.

The current government in Kyiv has been keen on helping business diversify and is modernising its trade diplomacy. Nataliya Mykolska, a former corporate lawyer and German-trained expert in international trade law, was appointed as trade envoy for Ukraine in the spring 2015.

Mykolska has reached out to a variety of countries to help increase Ukrainian exports. Her ministry has convinced the US to increase unilateral trade preferences for Ukrainian exports and called for a free trade agreement with Canada – a key Ukrainian political and economic partner. Mykolska has also been reaching out to Kazakhstan, which is not applying the trade restrictions and food embargo that Russia imposed on Ukraine in response to Western sanctions last year, even though it is a member of the Russian-led Eurasian Economic Union.

At home, Mykolska is encouraging a more modern policy formulation, encouraging companies to come up with sector-wide proposals and demands instead of company-specific lobbying. She is communicating on the need for domestic reforms and a better business climate. Internationally, she is positioning Ukraine as a country that is open for business.

Whether the current economics team of the Ukrainian government will leave a lasting imprint on the way the state carries out trade policy – and how thoroughly it will implement the DCFTA – remains to be seen.

Oleksandr Zholud, senior analyst at the Kyiv-based International Centre for Policy Studies, tells bne IntelliNews that recent changes to the tax code mean the Ukrainian government could face reduced tax revenues, potentially creating problems with the International Monetary Fund, which is administering the government’s bailout programme. “To some extent, Ukraine may try to get some additional revenue from [customs] tariffs,” Zholud explains.

A 5% across-the-board import duty surcharge introduced in February 2015 in response to the country’s balance of payments problems reflects just that kind of attitude. Kyiv has promised to get rid of the measure in December.

The government says it is trying to reduce the number of import and export licences for a variety of goods, but the teams working on this are quite small, Zholud explains. “Even in the same ministries, while we have new leaders, the majority of the ministry is the same. And quite often they are not quite willing to change.”

It is precisely on such licensing matters that the EU has stumbled this year. This spring Ukraine introduced a ten-year moratorium – signed into law by President Poroshenko – on exports on raw wood, which has hurt Romanian, Slovak, Polish and Austrian industries.  A similar measure was introduced in July on scrap metal. These moves violate the spirit of the WTO and the text of the DCFTA.

In the end, the EU too must signal a lasting commitment to the deal. The agreement is almost completely ratified, but the process is complex, requiring approval of the member states, the European Parliament and 28 national parliaments. Greece and Cyprus have not yet ratified the deal, while the Netherlands has postponed the final ratification of the deal after a petition run by a populist platform succeeded in having a legally non-binding – put politically charged – referendum on Ukraine’s Association Agreement organised next spring.

It appears the saga of the EU Association Agreement with Ukraine, talks over which began in 2008, is not over yet.