Ukraine’s Akhmetov transfers media licences to the state, saying “I am not an oligarch” 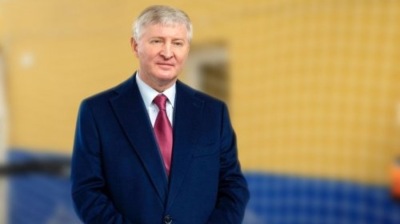 Ukraine’s richest man, Rinat Akhmetov, has transferred the ownership of his media assets to the state –one of the four criteria that define an "oligarch" under the new anti-oligarch law that came into effect last year. / wiki
By bne IntelliNews July 12, 2022

Ukraine’s richest man, Rinat Akhmetov, has transferred the ownership of his media assets to the state in a bid to shed his oligarch status.

“I made an involuntary decision that my investment company SCM will exit its media business,” the owner of the System Capital Management (SCM) conglomerate said in a statement.

“This week Media Group Ukraine will surrender for the benefit of the state all Ukrainian licences of our television channels for terrestrial and satellite broadcasting, as well as print media licences. We shall also cease operations of MGU’s online media,” Akhmetov said.

“This decision is driven by entering into force of the Law of Ukraine On Preventing Threats to National Security Associated with Excessive Influence by Persons Who Wield Significant Economic and Political Weight in Public Life (Oligarchs). Being the largest private investor in the Ukrainian economy, I have repeatedly stated that I have never been and am not going to be an oligarch. A short six-month term provided for by the Law for the sale of media assets, coupled with the Russian military aggression against Ukraine, make it impossible for SCM to sell its media business on market terms,” Akhmetov continued.

Ukrainian President Volodymyr Zelenskiy launched a campaign last year to limit the influence of the oligarchs with his oligarch speech in March 2021, saying the oligarchs needed to remove their influence on government and end their various rent-seeking schemes to make money from the budget. He followed that up with an oligarch law in September 2021 that introduces a definition of oligarchs and sets up a state register of oligarchs. The National Security and Defence Council is tasked with adding individuals into the register of oligarchs and removing them from it.

State officials are banned from private meetings with oligarchs or acting on their behalf. One of the four criteria defining an oligarch is: “has a significant impact on the media.” The oligarch law entered into force on November 7 the same year and is valid for ten years starting on May 7, 2022.

Akhmetov has transferred the ownership of the licences of his media assets to the state, but retains control of the businesses, according to initial reports. It is unclear if the government will accept this move as ending his “significant impact on the media”, as it appears that he will continue to pay the bills at his various media outlets.

Akhmetov says that he has invested a total of $1.5bn in his media empire that employs 4,000 people in a number of TV stations, newspapers and other media outlets.

The initial reaction from the government was positive. Minister of Culture of Ukraine Oleksandr Tkachenko called Akhmetov's decision a "precedent".

"The only thing I can say at this point is serious news. Because Media Group Ukraine is one of the four largest private media groups. This cannot but affect the market, because the market is already very depressed today because of the war. We will learn more information – then we will be able to comment in more detail," he said, as cited by Hromadske.

Akhmetov defended his ownership of media, arguing that he actively contributed to the promotion of free speech in the country. Detractors argue that he has used his control over major newspapers and TV stations for political ends and specifically to attack Zelenskiy and criticise the oligarch law in particular.

“During the course of more than 20 years, beginning in 2000, we and the journalists together have built a media holding that is based on the principles of freedom of speech, truth and professionalism,” Akhmetov said.

"It includes 10 terrestrial and satellite TV channels, online resources, print media and a modern media production ecosystem. We have invested more than $1.5bn in our media business. However, the most valuable investment is that of each of 4,000 journalists and employees of our media team. Owing to your great work, Ukraine and Ukraine 24 became the top Ukrainian TV channels ranked by share of viewing, and millions of football fans had gathered before TV screens to watch our Football channels. This is why the decision to exit the media business is so hard for me.”