Ukraine continues to cut its economic ties to Belarus 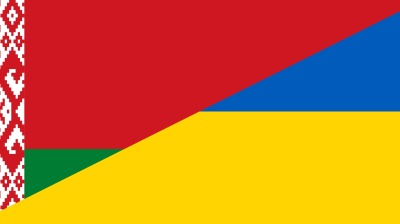 Formerly healthy economic ties between Ukraine and Belarus have been massively cut since the onset of the Russo-Ukraine war on account of Minsk's support for Moscow. / https://commons.wikimedia.org/
By bne IntelliNews October 25, 2022

Since the beginning of Russia’s full-scale invasion of Ukraine on February 24, the Belarus-Ukraine border has been almost completely closed off. Moreover, Ukraine has equated Belarus as an aggressor country with Russia and has steadily cut economic ties with Belarus throughout the year.

While cutting its financial ties and doing away with its trade dependence on Belarus (especially in various refined oil products) is good for Ukraine’s economic security, it also puts pressure on Minsk and Belarusian officials are clearly uneasy about the terminated economic relationship.

Belarus’ biggest problem is the 5,000 items of rolling stock owned by Belarusian Railways and other Belarusian enterprises that have become stuck in Ukraine since the beginning of the war. The carriages reportedly carried processed oil products, chemical fertilisers, construction materials and food products, i.e. wagons designed for the transport of some of Belarus’ most vital export goods.

According to the head of Belarusian Railways, Vladimir Morozov, “It's a serious number. It's the republic's state property. The task is to return and assess the damage. Five thousand is almost BYN900mn [≈$355mn] for the Belarusian Railway.”

The value of freight transport services for Belarusian Railways has plummeted since January due to the heavy and steadily increasing sanctions pressure on the Belarusian economy. Belarusian President Alexander Lukashenko himself talked about the importance of the transport sector in securing foreign currency for the country and emphasised the roll of Belarus’ Transport and Communication’s Ministry in solving the problems of the country’s sanctions-affected logistics chains.

Evidently, this problem is having a serious impact on Belarus’ foreign trade. Belarus’ Deputy PM even mentioned to state Belarusian media that Belarus’ Mogilev Car Building Plant has been working hard throughout the year to produce new rolling stock for Belarusian potash giant Belaruskali due to the large amount of railway wagons stuck in Ukraine.

As per the words of Morozov: “This information has been discussed at the level of the president. We need these wagons. We need them for our (business) model, and for meeting the needs for transportation. And we created this programme for a five-year period with regard to our two factories' capacities.”

Currently, the railway wagons have been seized by Ukraine on criminal grounds since they are said to have transported Russian soldiers and the equipment into Ukraine in the initial phase of the invasion and were abandoned when the Russian soldiers retreated from Ukraine’s northern regions. This is an accusation which the Belarusian side denies.

While the wagons have been in Ukraine since February the official seizure occurred in July. The fact that it’s still causing a very noticeable headache for everyone from Lukashenko and the Deputy PM to the head of Belarusian Railways points to the severity of the problem.

Other cancelled co-operations and agreements

Ukraine also cancelled a decree and an intergovernmental agreement on economic co-operation and taxation with Belarus in September and October. On September 16, Ukraine’s President Volodymyr Zelensky cancelled decree No. 271 “on economic co-operation of the regions of Ukraine with the border regions of Belarus and Moldova.” On October 6, Ukraine’s Cabinet of Ministers approved a draft law “on the termination of the agreement between the government of Ukraine and the government of Belarus on avoiding double taxation and preventing tax evasion with regard to income and property taxes.”

One of the effects of the termination of the intergovernmental agreement will be that the general income tax rate for Belarusians living in Ukraine will increase from 10 to 15 percent. Moreover, the termination of the agreement will protect Ukraine’s budget from losses incurred by payments made to Ukrainians who are working and pay taxes in Belarus.

Ukraine has previously stated that the participation of Belarusian soldiers in the war will lead to an end to its diplomatic ties with Belarus. Until recently, Ukraine has not reacted too harshly to Belarus actively aiding Russia in the conflict, probably so as not to make Lukashenko feel threatened enough to seriously consider putting his army at Russia’s disposal for a renewed invasion of Ukraine’s northern borders.

However, Minsk and Moscow have for the past month themselves raised tensions at a rapid pace along the Belarus-Ukraine border. On Sunday, Ukraine released a video appealing to both Belarusian civilians and soldiers to not partake, and lay down arms in case Minsk decides to join Russia in a renewed invasion attempt of Ukraine’s northern borders.

The heightened tensions between Minsk and Kyiv today show a high probability of continued termination of both economic and political co-operation between the Ukraine and Belarus in the near future.