Udokan to start exports in 2023 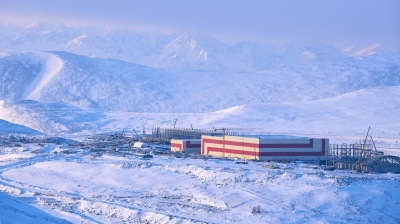 Udokan Copper, the developer of one of the world’s biggest copper deposits, will begin exporting its products in 2023. Erkozha Akylbek, the chairman of the company’s board of directors and CEO of USM, announced the plans at the Eastern Economic Forum in Vladivostok, where stakeholders discussed the prospects for the economic development of Russia’s Far East.

“The deposit is located 30 km from the Baikal-Amur Mainline in the Trans-Baikal Territory, bordering Northern China,” said Akylbek. “Therefore we initially developed this project with the expectation of exporting to the Asia-Pacific countries, primarily to China, which is the largest consumer of copper in the world,” he added.

China is among Russia’s fastest growing export markets, partly due to falling trade with the West. In the first seven months of 2022, the volume of Sino-Russian bilateral trade was up 29% at almost $98bn, with Russian exports increasing by almost 50%, according to Chinese customs data.

As well as direct transportation by railway, Udokan’s copper can be shipped to the South of China and other Asian markets via Pacific ports. The company is considering the possibility of exporting to India and Vietnam, Akylbek told Russian news site Prime.

Representatives of business and government discussed ways to stimulate investment and economic activity in Russia’s Far East at the Eastern Economic Forum. Akylbek, attending a panel discussion on logistical solutions for the region, said that modernisation was needed if the railways and customs checkpoints were to accommodate the increased flow of goods to China in the coming years.

“As large businesses turn East, bottlenecks are beginning to occur. Our cargo loads will increase: when the first stage of operations is launched, they will total around 600,000 tonnes per year, and they will rise to 1.2-1.5mn tpy in the second stage,” Akylbek said. “But at the moment, the shortfall in transport capacity in the Far East exceeds 70mn tonnes, and according to the Ministry for the Development of the Far East, it will grow exponentially in the coming years.”

He also said that digitisation and smart solutions at border crossings could help speed up the passage of trains. 50% of the freight travelling between Russia and China will go through the border town of Zabaikalsk. Queues there are a regular occurrence, and some trains have to wait hours before customs officers approve their onward passage.

“China’s experience has showed us that the introduction of digital solutions can cut document processing times from 12 hours to half an hour,” he said, referring to a system of digital ports introduced in China in 2020.

Also at the Eastern Economic Forum, Udokan signed a sustainable development co-operation agreement with energy company RusHydro. The two companies will look into the possibility of acquiring low-carbon energy for the second stage of Udokan’s development.

The deposit at Udokan was discovered in 1949, but due to the remote location, the tough environment and a lack of transport links, it remained little more than a name on a map until Udokan Copper, a part of Alisher Usmanov’s holding USM, won the right to develop the site in 2008.