Russia caused a stir in the international bond markets by apparently dumping 84% of its holdings in US treasury bills, or $81bn worth of bonds, bringing its holding in the world’s favourite gross international reserves (GIR) instrument down to a mere $14.9bn.

It was believed that Russia was pre-emptively trying to put a large part of its reserves – nearly a quarter of all Russia’s hard currency reserves – out of the reach of US regulators who are threatening to ban transactions with Russian bonds in the next month with the Defending American Security Against Kremlin Aggression Act (DASKAA) bill that is due to be read when Congress returns from its summer break.

Russia has been slowly trying to reduce its dependency on the US dollar as a share of both in settling international trade and as a reserve currency, but as tensions have ratcheted up dramatically this year, the effort has been accelerated.

After Prime Minister Dmitry Medvedev called the latest sanctions on Russia a “declaration of economic war” Russia has been joined by its partners in an effort to end the US dollar’s role as the currency of choice for trade and reserves.

“We’ve cut investment in the American economy, in American securities, and will continue to reduce that,” First Deputy Prime Minister and Finance Minister Anton Siluanov said in an interview with the television channel Rossiya 1 on August 17, Bloomberg reported. “More and more, we’re conducting transactions in national currencies – including the ruble, the euro, Chinese yuan and such.”

It will be a tough job as the dollar still plays a preeminent role in the global economy: its share in Russia’s GIR at the start of 2018 actually climbed to nearly 46% from just over 40% a year earlier. The euro accounted for almost 22%, sliding from about 32% and as high as 44% in 2009.

The sell-off also wounds the US government’s ability to raise debt to fund it large deficits – but not very much. The price of the bonds ticked up on the news, but not by very much. At $96bn in March, Russia’s holdings of T bills are large, but not that large: with $1.1 trillion, China holds the most T bills and could do real damage to the US if it were to unwind its position.

However, it transpires the Central Bank of Russia (CBR) didn't sell all its bonds but simply moved the ownership of part of the holding to offshore domiciles. A blog by Benn Steil and Benjamin Della Rocca of the Council of Foreign Relations dug into the numbers and found that some $46bn of the bond sales were “missing” but concluded the money had most likely been moved to Belgium and the Cayman Isles. 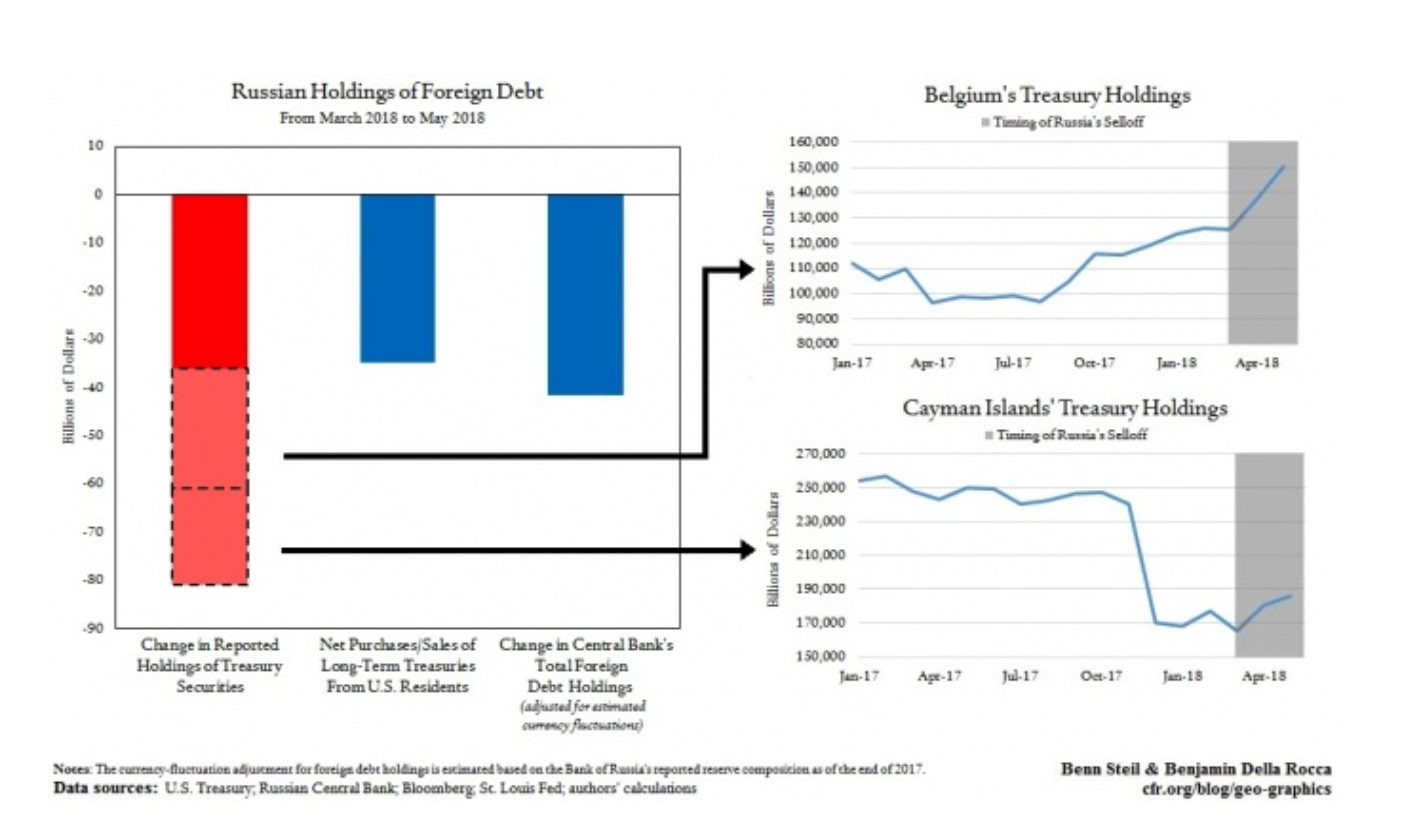 “Let us start with US Treasury Department data on holdings of Treasury securities. These do indeed show an $81bn (84%) plunge in Russian-held Treasury debt—from $96bn in March to $15bn in May. Other figures, however, suggest that Russia’s actual selloff was much smaller than this.

One indicator is Treasury Department data that track sales, between US and foreign entities, of long-term Treasuries—the sole component of Russia’s Treasury holdings that has dropped since March. From March to May, these data show just $35bn of Russian sales, as the middle bar in the left-hand box above indicates.

This figure, however, likely underestimates Russia’s sales somewhat. Russia may have sold some Treasuries to non-US parties, or executed some sales through foreign financial intermediaries, that the data do not capture. Still, by this measure, roughly $46bn in Treasuries remain unaccounted for.

Russian data show a similar amount missing. Russia’s central bank reports that, between March and May, its total stock of foreign debt fell by $50bn. Since March, however, dollar appreciation has lowered the dollar value of Russia’s non-dollar debt assets. We estimate that this explains about $7bn of the decline, implying $43bn in actual Treasury sales—as the rightmost bar above shows. This is $8bn more than the US data indicate, which likely reflects about $8bn in Russian sales to non-US entities, or sales made through foreign intermediaries.

This leaves $38bn in “missing” Treasuries. Where could they have gone? The most logical explanation is that Russia moved these assets outside of the United States to protect against US seizure.

The two most likely destinations would be Belgium, home to custodian bank Euroclear, and the Cayman Islands. So we looked at data from both.

Sure enough, during April and May, as shown in the right-hand figures, Belgian holdings of Treasuries rose $25bn, while Cayman Islands holdings rose $20bn. That sum, $45bn, is more than enough to account for the missing $38bn.

In short, Russia appears to have sold only about 45% of its Treasury holdings—substantial, but far less than the 84% the media is reporting. 16% remain registered as Russian holdings in the United States, and the remaining 39%, we believe, are being hidden in Belgium and the Cayman Islands. With US-Russia tensions increasing, we would not be surprised by further such “offshoring” of Russian Treasuries in the coming months,” the blog concluded. 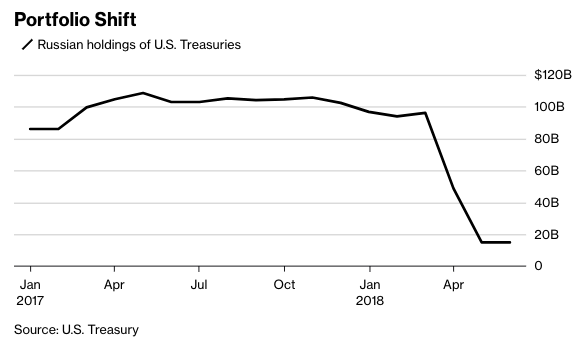 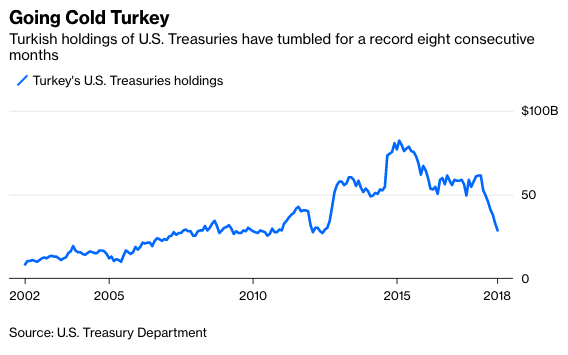