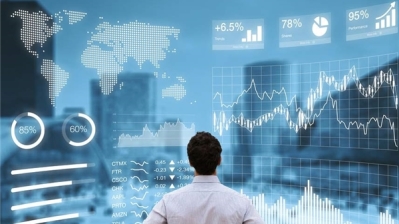 Iran's stock market has outperformed. But could it implode?
By bne IntelIiNews May 10, 2020

The Tehran Stock Exchange’s (TSE) main index has surpassed a million points for the first time ever, with the big moment coming on May 9, the first day of the Iranian business week. However, warnings that the market is overheating are now increasingly heard.

Iran’s stock market is benefitting from growing interest in its potential for capital generation with other parts of the country’s economy—including property, gold, cars and forex—laid low by US sanctions and impacts of the coronavirus (COVID-19) pandemic. The appetite of investors has partly been whetted by government moves to sell off assets to raise capital to fight the health and economic emergency.

However, while there is clear investment growth on the back of “stray” domestic money, there are few international investors present in the sanctioned economy to take advantage of the TEDPIX’s stratospheric rise. And fears that there is a rising risk of a stock market bubble, given how at odds the growth is with Iran’s economic fundamentals, are unsettling some traders.

The dividend-paying Justice Shares in state entities and companies owned by 49mn Iranians are now eligible for trading on bourses including the Tehran Stock Exchange (TSE) and the over-the-counter Iran Fara Bourse. The move to enable the listing of the equity followed the emergence of the bull market on the TSE. Its leading index, the TEDPIX, reached 878,122.7 points on April 29, up 3.80% m/m. Since mid-February the benchmark index has surged 113%.

The Justice Shares were issued in 2006 under former president Mahmoud Ahmadinejad on the basis of Article 44 of the Iranian Constitution on assisting economic privatisation efforts and supporting low-income deciles of the country’s population.

Miad Kasravi, an investor, spoke with bne IntelliNews, expressing concerns that high inflation in circulation and a lack of alternative investments promising decent returns for investors' money in Iran was driving the TEDPIX index to the unprecedented heights.

“Iranian innovation and the ability to carry on in an economy almost cut-off from global markets has not driven the TEDPIX to one million and beyond. Reality has, with limited vital global imports driving up inflation,” he said.

Urging caution, Kasravi added: “Almost all sectors have some kind of exposure to imported inflation. And unless you think inflation has peaked in Iran then one million is all but a number on the chart.”

Moody’s says Bulgaria, Croatia and Romania have chance to be the main winners from EU’s post-crisis funding
Bosnia’s Republika Srpska prepares to issue €350mn of debt in London
Turkey’s descent into coronavirus hell