Russian sanctions fifth anniversary, but no reason to celebrate 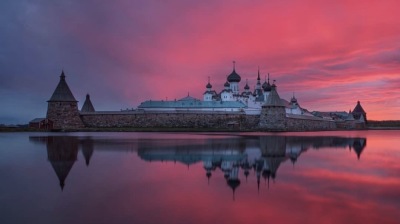 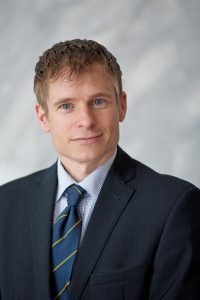 is summer mark the fifth anniversary of Western sanctions against Russia – sanctions that targeted sectors, state-owned banks and the political and military elite.

However, if you take a quick glance at cost of Russian financial instruments, the health of the banking sector and enquire into how Russian state banks are doing, you could be forgiven for thinking that Western sanctions are no longer in force, which stands in contrast to reality and the recent (moderate) sanction tightening by the USA.

Let's start with markets. Russian sovereign Eurobonds trade with benchmark spreads of 170-250 basis points, which is quasi pre-sanction level. After the first shock, the RUBhas been oscillating in a narrow trading band between RUB60-70 to the dollar in recent years.

On the Russian Ministry of Finance ruble-denominated OFZ treasury bills market, 30% and more of bonds are in foreign hands again after a big sell of last year, which is a higher share than before sanctions were imposed in 2014. At just over 7%, long-term interest rates also returned to pre-sanction levels here. For state banks, too, relevant credit default swaps (CDS) spreads are again close to, or below, the pre-sanction levels of around 200 basis points. The share price of state-owned retail baking giant Sberbank is currently above pre-sanction levels, while those of its sister bank VTB are at least close to it.

From an investor's point of view, there may be considerable profits to celebrate, given temporary and hefty setbacks in Russian assets during earlier phases of the sanction muddle.

In the absence of complete escalation of tensions from here, markets are currently in a “stable” equilibrium, benefitting both Russia and foreign investors.

However, we are sure that the fifth anniversary of sanctions is no reason to celebrate. Firstly, Russia's financial integration has declined significantly. International debt issuance out of Russia is currently of very limited nature; its purpose is more to cultivate markets than to rely on them. In recent years $10-25bn a year has been raised in long-term bond financing with the participation of international investors (compared to pre-sanction levels of $30-50bn). Some of these transactions took place in dollars, but others deliberately chose other issuing currencies.

Secondly, the sanction regime is still a long way from starting to be lifted. Of course, this also affects Russia itself, even if only indirectly, because Russia has well cushioned the pressure created directly by the sanctions. However, there are possibly a few interesting and more subtle interactions here, but more on that later. First, we must pay tribute to Russia's success in dealing with the sanctions fallout on a macro level and in the banking sector.

Following the introduction of financial sector sanctions cross-border claims of international banks on Russia fell from $260bn at their peak value in 2014 to around $110bn at year-end 2016, roughly the same value as of 1Q19.

These declines were almost as steep as the cross-border funding cuts in the context of the euro crisis against countries of the so-called “periphery,”, which posed massive challenges to the European markets, the ECB and above all banks in the euro area periphery. In case of Russia we have not seen a similar fallout on the domestic banking sector and currently dedicated international banks continue to keep their exposures constant or they are even upscaling cautiously.

So where did all that money come from? Essentially, the strong support of the state has been key, where on top of capital infusions it is worth mentioning that an additional liquidity lifeline for major banks was found in deposits from government-related entities (GREs). Out of major commercial banks we look at (i.e. net of VEB, which runs in the mode of full direct state support) only Sberbank by the virtue of its dominant market position could largely avoid this transformation, while VTB, GPB and RSHB all increased their reliance on GRE accounts up to 20-30% of their total balance sheet in 1Q19. Included in this figure are short-term placings by the MinFin, which has become of special importance for VTB (1H19: 6% of the balance sheet).

Among other identifiable large single relationships, we note the $1.15bn subordinated deposit by Rosneft at RSHB (4.9% due 2024) and around RUB1.07 trillion of Gazprom money held with its subsidiary GPB in 1Q19, including perpetual deposits worth RUB125bn recognised as AT1 regulatory capital.

Russian state banks also paid greater attention to their retail franchises, ramping up the share of respective funding. Overall, we estimate the four names’ market share in retail deposits in Russia have reached 67% in 1H19, up from 58% in 2014, where biggest gains were recorded by VTB (15%, +6.5pp) and RSHB (3.8%, +2.1pp).

Interestingly, while retiring big-ticket FX debt the state lenders were also pursuing loans de-dollarization. Thus, since peak readings in 2015, even players focused more on commodity sector borrowers, like GPB, reduced the share of non-ruble books below 30%. The effect is also visible when tracking the separated FX-only L/D ratio, which dipped well below 100% for all names under review. For the whole sector FX loans are now at a comfortable level of some 20%, which hardly poses systemic challenges, while profitability is back into decent territory.

On the back of orderly repayments, the volume of Russian state banks’ Eurobonds outstanding went down from nearly $54bn in 2014 to $19.3bn currently, a manageable figure. Due to limited refinancing options, all investors’ eyes have been on the issuers’ FX liquidity. Here, all banks under review generally confirm their comfortable position. Based on H1 2019 local GAAP readings (non-consolidated), non-ruble high-quality liquid assets (HQLA) for the four lenders in question were matching or exceeding their total hard currency bonds outstanding. Here, we define the HQLA conservatively, omitting term balances with non-resident banks as well as unencumbered corporate Eurobond holdings.

What we consider as additional comfort factor is Russia’s solid international reserves (H1 2019: $518bn), which eventually topped the level of the country’s external debt (H1 2019: $482bn, including roughly 50% in $and 20% in EUR). As of July 2019, foreign assets under the Central Bank’s management contained around $150bn of FX cash and deposits and $100bn of monetary gold. We expect the regulator to use the buffer to support the banking sectors’ FX liquidity through special instruments in case of need (e.g. via FX repo, currently suspended).

All in all, we see limited remaining sanction-related marco-financial risks from a fundamental point of view. In fact, those risks are probably lower than they were five years ago. Clearly, Russian state banks remain open to additional sanction risks, including blocking measures still debated by US lawmakers. Moreover, there seems a rather broad majority in the political establishment and legislative branch in Washington for continued sanctions on Russia. That said, we think that a pragmatic approach should consider potential side effects, which might be significant given large volume of FX customer deposits held by the majors SBER ($78bn), VTB ($50bn) and GPB ($19bn). In this context it is worth mentioning that to date, the US has never really implemented unilateral sanctions that pose systemic challenges to the Russian banking and financial system.

But coming back to Russia, it is probably too easy to say that the sanctions regime does not pose a few (indirect) challenges. Overall, Russian economic policy is aimed at maintaining the current equilibrium with its various win-win constellations outlined here and at minimizing Russia’s vulnerability to external shocks, particularly new sanctions. To date, this economic policy has been quite successful and could probably maintained for years to come. However, the successful technocratic sanctions management, characterised by close cooperation between the official sector and the private sector, that Russia buys leeway to continue in isolation and stagnation can certainly be seen as a catalyst for rising frustration domestically. The current protesters against the political setting certainly do not question the technocratic-administrative capabilities of the system. They probably don't see any future in the self-satisfied "continue as before" strategy of Russian rulers that also comes along with a rising dependency of the “private sector” on the government.

International investors and Russian authorities assume that even the sanctioning of the new acquisition of overall Russian government bonds for US investors or further sanctions against state-owned banks/corporates by the US would certainly not plunge Russia into a comprehensive financial crisis in the coming 12–36 months. However, international investors are not pricing in any domestically-driven political volatility/risk premium yet.