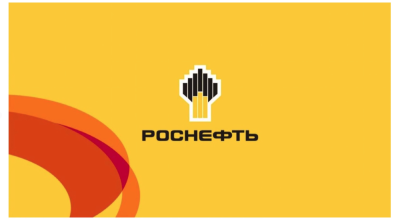 Russia's Gazprom has jealously guarded its gas export monopoly for decades, but now EU regulations means that the Kremlin may be forced to allow allow Rosneft to export gas to Europe in order to be able to use the full capacity of the Nord Stream 2 gas pipeline.
By bne IntelliNews September 15, 2021

The Russian Ministry of Energy will report to the government on potentially allowing state oil giant Rosneft access to gas exports "in the coming days", according to Interfax quoting Vice-Prime Minister curating the energy sector Alexander Novak.

As covered in detailed by bne IntelliNews, most recently Russia’s most influential oilman, Igor Sechin, head of Rosneft, has renewed his push to allow the company to export gas by pipeline, in spite of Gazprom’s monopoly over these supplies.

The analysts see the potential policy change as more negative for Gazprom than positive for Ronseft, while maintaining a Buy call for shares of both companies.

Senior BCS GM oil & gas analyst Ronald Smith reminds that all previous attempts by Rosneft to access pipeline gas exports have been successfully rebuffed in the halls of government by Gazprom.

"However, pre-announcing the report may be a hint that Rosneft might meet with success in its latest attempts," the BCS GM analyst believes, attributing the shift to the simultaneous launch of Nord Stream 2 and record-high gas prices in Europe.

While Rosneft’s oil business is huge, an additional 10bn cubic metres of exports as it’s requesting would move the needle only relatively modestly for either company. However, BCS GM still expects strong resistance from Gazprom not to allow other players other than Rosneft to follow.

Consensus expectation for EBITDA for Rosneft for 2021 is $30bn, BCS GM reminds, and calculates that exporting 10 bcm in the course of a full year at a gas price of $400 per 1,000 cubic metres would make $4bn in revenues, which would net to $2bn given pipeline tariffs and others costs.

"Gazprom’s EBITDA for 2021 and 2022 will likely exceed $40bn each year, so on the face of it, the above value transfer would be of smaller importance for it. However, the issue for Gazprom is not so much the potential loss of 10 bcm or 5% of our long-term assumption of 200 bcm year of European exports. Rather, it is the potential impact on overall pricing as a result of Russian gas-on-gas competition in European gas markets," Smith writes.

Sechin and his company have long coveted Gazprom’s role as Europe’s biggest gas supplier. But despite years of lobbying efforts, he has failed to convince the government to liberalise pipe gas exports. Moscow feared that doing so would mean Russian gas competing with Russian gas in foreign markets, potentially driving down revenues.