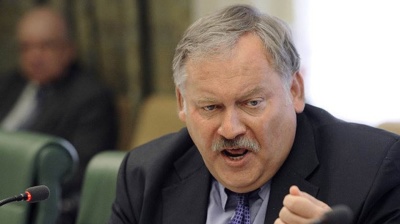 Russian President Vladimir Putin was amongst the first of a handful of foreign leaders to call and congratulate Belarus President Alexander Lukashenko on his “victory” in last weekend’s presidential election, but MPs in the Russian Duma said the results were faked and the official numbers are a hoax.

The presidential elections in Belarus were held in an “atmosphere of total falsification, so their results are questionable,” according to the first deputy chairman of the State Duma Committee on CIS Affairs and Relations with Compatriots Konstantin Zatulin in an interview with Gazeta.Ru.

“The presidential campaign was accompanied by total falsification and misinformation. In such an atmosphere, talking about how much Lukashenko actually scored is like fortune-telling by reading the coffee grounds,” Zatulin said. “Obviously he didn't win that many votes. The story that 40% [of the Belarusian population] voted early is also a hoax. The results that have been announced are not credible.”

The comments contrast strongly with the official line that Lukashenko has been reconfirmed in office by a landslide victory in the August 9 election. However, experts agree that the Kremlin is indifferent to Lukashenko's fate, as Tadeusz Giczan, a Belarusian PhD candidate at University College London School of Slavonic & East European Studies, argued in an op-ed for bne IntelliNews today.

Zatulin’s comments can also be seen as a warning to Lukashenko not to except much help from Russia as he faces down nationwide protests. They also prepare the ground for post-Lukashenko relations with a new president if the opposition is victorious in their battle to oust the president of 26 years.

“Someone has already said that Lukashenko won the elections, but lost the country – and this is due to his extremely selfish policy, the meaning of which is to preserve the regime of personal power,” Zatulin said.

At the same time, Zatulin expressed regret that the CIS observation mission had supported Lukashenko. The mission was the only international organisation allowed to observe the elections and has traditionally come out in support of the ruling authorities.

“It is unlikely that world public opinion will side with Lukashenko. I am very sorry that the CIS did not see a beam in the eye of the Belarusian authorities and gave an optimistic comment. Lukashenko has exceeded every measure. We do not want a "Maidan" in Belarus, but he is insane. The problem is that the leader of Belarus is deranged when it comes to power,” the parliamentarian said.