Russia's Asian oil and gas pivot will take too long 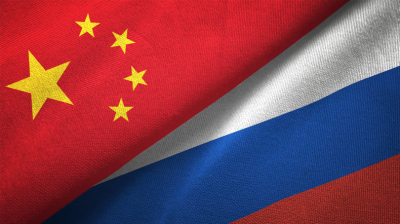 If Russia is to succeed in replacing lost oil and gas exports to the West, China will have to be the buyer of much of them, as the pipeline infrastructure to other potential buyers is limited. / bne IntelliNews
By bne IntelliNews August 21, 2022

Russia is looking to fast-track its pivot to Asia in order to offset the loss of revenues that its energy divorce with the EU is bringing about. But according to the International Energy Agency (IEA), in the best-case scenario it would take the country at least a decade to ramp up gas supplies to Asia to a level close to its 2021 exports to the EU, which amounted to 155bn cubic metres per year. Diverting oil supplies eastwards will be easier, but will similarly take time.

Russia’s mostly Soviet-era gas export pipelines are largely geared to send supplies from large fields in Western Siberia to Europe. Its only other options are expanded LNG exports, primarily from the Arctic, and an expansion in gas trade with China, through the development of the Power of Siberia 2 pipeline, and additional links. The IEA’s scenario assumes that Russia will successfully build and expand its gas infrastructure. But as Dr Maria Shagina, at the University of Zurich, notes in a recent article for IISS’ Survival: Global Politics and Strategy, “that would require substantial capital and access to energy technology at a time when sanctions prohibit it.”

Russia has already accounted for 18.4% of Chinese oil imports over the past year, even though policymakers in Beijing have informally limited reliance on any one country for more than 15% of the total. Within this frame, China could expand purchases of Russian gas, which still only account for 7% of the overall volume, but Shagina noted that “even optimistic scenarios for Russian energy diversification to China are highly contingent.”

Russia has already reached a deal to sell an extra 10 bcm per year of gas to China via a new Far East route, building on the 38 bcm per year it is already contracted to deliver at peak via the Power of Siberia pipeline. But sanctions have hindered the development of the offshore fields that would be needed to supply this gas.

Moscow and Beijing have also discussed sending an additional 6 bcm per year of gas via Power of Siberia, but James Henderson, an expert at the Oxford Institute for Energy Studies (OIES), notes that it would take until the second half of this decade for the pipeline to increase flow to the full 44 bcm per year.

Russia's largest project in the works is Power of Siberia 2, which would pump 50 bcm per year of gas to China via Mongolia, from fields that currently serve the European market. But a gas deal for these supplies is not yet in place, and Henderson doubts that deliveries could begin before 2027 at the earliest, with 2030 a more likely start date.

Russia also has aspirations to rapidly expand its LNG export capacity prior to the invasion of Ukraine, but with Western financiers, contractors and suppliers largely barred from participating in these projects, there are significant obstacles.

If Russian gas exports to Europe drop to 50 bcm per year in the next couple of years, Russia will be unable to replace volumes with additional Asian sales, Henderson notes. But Russia might be able to achieve a rebalancing of its export flows by the early 2030s, if it can deliver on its project pipeline.

“China’s oil demand is forecast to peak in 2027, and its commitment to net-zero emissions by 2060 could well diminish the need for Russian gas supply,” Shagina says.

India has also been expanding Russian oil purchases in recent months, taking advantage of their discounted prices as a result of sanctions. Over the past few months Russia has emerged as India’s biggest oil supplier, expanding its share of the country’s import mix from only 1.3% to 25%. But Shagina notes that any further increase would run into technical and logistical challenges.

“Rerouting Russian oil to India would have to be done via sea routes,” she writes. “This will be harder after the EU and UK’s insurance bans become effective, as European and British insurance companies control over 90% of the insurance market for oil tankers.”

Western allies are looking to impose a global price cap on Russian oil, by threatening to deny importers access to insurance for tankers unless they agree to pay no more than a certain price.

“This would mean that Indian buyers would have to take more risks and rely on a less developed insurance market,” Shagina notes. “From a political standpoint, China and Russia’s tightening strategic partnership, and Moscow’s expanding relationship with Pakistan, would make India’s increasing energy reliance on Russia difficult to sustain.”

With the EU committing to end its reliance on Russian energy by 2027, and the bloc accelerating its energy transition, it is clear that Russia’s dominance as an energy supplier to the continent will wane, even if some of Brussels’ targets prove overly ambitious. Russia has already helped realise EU’s goals through its own actions, having substantially reduced its gas exports to the bloc in recent years, forcing countries to push on with LNG import projects as fast as possible, and irrevocably tarnishing Russia’s reputation as a reliable supplier. Just a year ago, Moscow was touting its potential to become a major blue hydrogen exporter to Europe, securing it a place in the energy transition even as demand for hydrocarbons starts to recede over the coming decades. That aspiration is now truly dead.

“Furthermore, without access to foreign technology and capital, it will be a tall order for Russia to launch its own green transformation,” Shagina writes. “Russia’s best chance to achieve lies, again, with China. Given Beijing’s slow phase-out of gas, its decarbonisation plan is compatible with Moscow’s own resistance to an aggressively green agenda. China might also be the only source available to Russia of clean investments and green technology in exchange for Russian hydrogen.

“This,” she continues, “leaves Russia at China’s mercy. Moscow will become ever more reliant on Beijing, intensifying the imbalance in their already strongly asymmetrical relationship. Beijing is likely to capitalise on Moscow’s isolation, much as it did after sanctions were imposed over its illegal annexation of Crimea in 2014, dictating the conditions on energy deals and extracting maximum benefits while avoiding exposure to sanctions.

“Russia, for its part, has little leeway for hedging given the breadth of the post-invasion sanction coalitions, which include Asian countries such as Japan and South Korea,” Shagina concludes. “Russia’s days as an energy superpower appear to be over.”