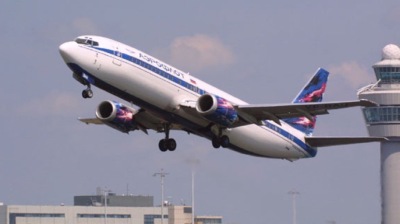 Bermuda revokes the licences of over 700 planes registered there, equivalent to half the Russian fleet / wiki
By bne IntelliNews March 14, 2022

Russian President Vladimir Putin has signed a law allowing Russian airlines to operate leased planes without a foreign certificate, shortly after Bermuda announced it would revoke the flight licences of Russian planes registered there.

For legal and tax reasons about half of Russia’s entire fleet is registered in Bermuda and the authorities' decision to revoke their licences is the latest in a train of events that is effectively grounding most of Russia’s aviation.

Sanctions imposed after Russia's invasion of Ukraine give leasing firms until March 28 to free themselves from deals with Russian airlines.

Putin’s new law will allow Russian airlines to register in Russia planes leased from abroad and came into immediate force on March 13. The bill will create a new obstacle for leasing firms and lenders, which are seeking to recall more than 500 planes currently leased by Russian airlines. Western sanctions imposed after Russia's invasion of Ukraine give leasing firms until March 28 to repossess aircraft worth an estimated $10bn.

Planes and expensive yachts belonging to oligarchs have already been seized as part of the sanctions regime on Russia.

Bermuda’s Civil Aviation Authority said that it “cannot assert with any certainty that the aircraft of Russian airlines with Bermuda registration are airworthy.”

Both Airbus and Boeing have both suspended deliveries of parts to Russia, without which Russian planes will soon become un-airworthy, say experts.

Leasing and aviation financing firms are scrambling to get their planes back, but Russian airlines “simply not answering the phone,” one lessor told Reuters.

The Kremlin has floated the idea that the foreign-made planes may be nationalised.