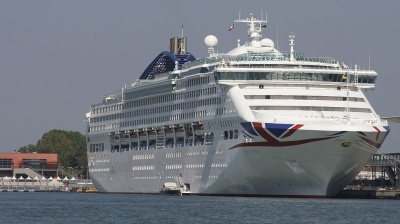 P&O Cruises has cancelled its cruises around Dubai and the Persian Gulf in the wake of Iran’s seizure of a UK-flagged tanker in the Strait of Hormuz and increased tensions over the British decision to link up with the US to form a naval escort mission to safeguard shipping on routes not far from the Islamic Republic’s coastline.

The company said the cruises it usually provides in the region would not run from October until at least March next year, with all guests to be issued a full refund.

"As a British company flying the Red Ensign it is not advisable for us to maintain our planned Dubai and Arabian Gulf program this winter season," Paul Ludlow, P&O Cruises president, said in an August 8 press release.

"We have therefore taken the unusual step of withdrawing [vessel] Oceana from the region for the upcoming season."

The P&O Ocean cruises in the Gulf have been promoted heavily in the UK on social media websites like Facebook, primarily with British and other western European audiences in mind.

Last month, Iran's Revolutionary Guard seized the British-flagged Stena Impero for alleged marine violations. That move came two weeks after Britain seized an Iranian oil tanker near Gibraltar, accusing it of violating European Union oil delivery sanctions on Syria. The Iranians claimed the British acted at the instigation of the US. The UK denied it, but the EU remained silent on the operation.

The UK now has two frigates escorting UK vessels passing through the Strait of Hormuz.

In committing to a joint naval mission with the US, the British dropped plans they proposed in the dying days of the Theresa May government to form a European-led mission. The announcement will feed suspicions in Iran that the UK, desperate for allies and markets as it moves towards a potentially wrenching Brexit in the late autumn, will bend over backwards to keep Donald Trump sweet.

US Secretary of State Mike Pompeo said on August 4 that he was "very confident" Washington would be able to build a maritime security coalition of the US and allies in the Persian Gulf, but he didn’t provide details on which nations may be willing to participate.

Germany has refused to participate, saying efforts need to be focused on diplomacy, Australia is reported to still be in two minds as to whether to contribute vessels but Singapore, according to some reports, is set to contribute some ships.