Opening up of Uzbekistan: Tourism reaches Alexandria on the Oxus 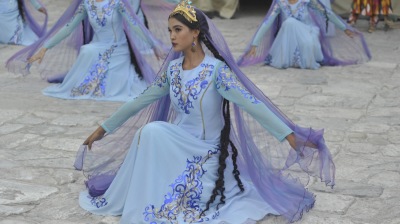 For many travellers Uzbekistan has become a new exotic destination seen as very safe despite its proximity to war-torn Afghanistan.
By Ben Aris in Termez September 2, 2019

“We are a young country, but we have a very ancient history. There have been people in Uzbekistan since the start of civilisation,” Deputy Prime Minister of Uzbekistan Aziz Abdukhakimov told bne IntelliNews in an exclusive interview that took place in front of the site of the ruins of Alexandria on the Oxus—the northernmost city built around the time of the great conqueror Alexander the Great, more than 2,000 years ago during or after his epic journey.

“Uzbekistan was a crossroads of empires and different religions. In those ancient days Zoroastrianism was the dominant religion, but to here Alexander brought the Hellenistic pantheon of gods. Buddhism spread from India to China and Japan by passing through our lands and later Islam arrived. All these beliefs have left their mark and lived in harmony shoulder to shoulder up to the present day,” Abdukhakimov said. 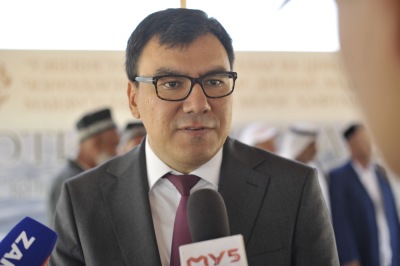 Uzbekistan has been a near-pariah state for most of the past two decades. The shutters came down under Islam Karimov, president until his death in late 2016, since when, under successor Shavkat Mirziyoyev, the country has been rapidly opening up to the rest of the world. The site of the ruins of Alexandria on the Oxus (the Oxus, one of the great rivers of the world, is known today as the Amu Darya) was closed in Soviet times. But nowadays the gateway to the attraction is wide open and the first flush of tourists has been allowed to travel to this exotic location.

From the dust slopes of the hill the ruins of the city stand on, verdant green fields sweep away into the Amu Darya valley and Afghanistan is visible across the river. The site is still not fully excavated and there is little in the way of supporting infrastructure other than a brand new road running to the site from the nearby city of Termez. The archaeologists I was travelling with clambered through the ruins, excited to see this piece of legendary history up close.

One of the major changes that Uzbekistan has made is a radical freeing up of its visa regime. Getting visas for most of the Former Soviet Union (FSU) remains a major bureaucratic hurdle that can take weeks of organising, reams of paperwork, hours of queuing at embassies and hundreds of euros in fees. To enter Uzbekistan today, you can simply fly there and obtain a 30-day tourist visa stamp on the border if you are citizen of one of the 85 countries that have been granted visa-free access.

“Uzbekistan is now the second most freely accessible country in the world after Georgia,” Abdukhakimov says enthusiastically. “Hospitality is in our DNA!”

It is also very safe. The proximity of Afghanistan might unsettle some, but the security on the border is tight and none of the instability in that country has spilled over into its neighbour. Afghans cross into Uzbekistan visa-free and there is a large trading centre just over the Afghanistan-Uzbekistan Friendship Bridge, where merchants come to buy and sell goods peacefully.

“Uzbekistan is one of the five safest countries in the world according to the UN rankings,” noted Abdukhakimov, adding that relations between the two countries are friendly as Uzbekistan is a major commercial partner.

But it is the rich history that is the main pull for tourists. The Silk Road ran through Uzbekistan connecting Venetian traders like Marco Polo with the orient. Traders have been passing through the ancient cities of Khiva, Bukhara and Samarkand for more than two millennia.

As part of the “fertile crescent”, the lands that make up Uzbekistan today were home to several empires from the earliest days of civilisation, before Europeans had moved out of their caves.

“This is the home of the Kushan empire where many people from all religions cohabited in peace for many centuries. Buddhism used to be the main religion of the land and today it is the Muslim religion. But this diversity of cultures that stretches back into ancient history is the basis of the religious tolerance that Uzbekistan enjoys today,” said Abdukhakimov. 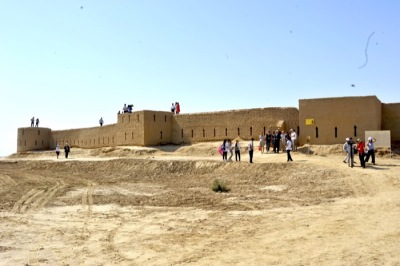 Alexander the Great is thought to have lived at the site of Alexandria on the Oxus, also known as Alexandria the Furthest, for two years before turning south and into India on the last leg of his epic journey.

Promoting tourism will put Uzbekistan on the path to what is an obvious money earner, providing badly needed jobs for the fast-growing population. But the government’s sponsorship of research into the country’s cultural heritage is also playing a serious role in the tourism revival. One side of the president’s drive to promote the cultural heritage is aimed at the youth, to define Uzbekistan’s identity, not just as a post-Soviet nation, but as a country with very deep roots. At the same time in this world of religious intolerance and terror, the government is keen to instil the tolerance of a multi-denomination culture that was a hallmark of previous empires and is the tradition of moderate Islam, which is the predominant religion in the country today.

“The cultural heritage project is the president’s initiative as he is keen to present Islam as a peaceful religion to the whole world,” added Abdukhakimov. “The most important thing is education and the government is investing heavily in it. The budget has dedicated 7% of GDP to education—one of the highest rates in the world. Education is offered free of charge from the age of two through to 16. The aspiration is to become an educational hub for the whole of Central Asia.”

In addition, the government has special education programmes for the children of Afghan refugees that cross the border into Uzbekistan to escape the violence in their own country. They are taken in and taught in their own language. “It’s our contribution towards bringing peace in Afghanistan,” said Abdukhakimov.

In the same vein, the government has not rejected or vilified the previous Karimov regime. It was seen as a human rights abuser, with a particular oppression of religious freedoms. Karimov shut Uzbekistan off from the world, but the new government is focused more on the future than the past and seeks a continuity with the old regime—but it is clearly headed in a far more liberal and open direction.

“Karimov followed a policy that closed the country off from the world and as the first president [following the demise of the Soviet Union] that was his policy choice. But he remains the founder of our country. Our new president Shavkat Mirziyoyev is now taking a different direction and is opening the country up to visitors and investors,” added Abdukhakimov.

The people interviewed by bne IntelliNews all supported the government’s approach. They are not as critical of Karimov as his western detractors given that he brought stability and the country’s economy underwent diversification under his rule, providing livelihoods and services. The young people interviewed were not in a rush to secure a liberal democracy as most were more focused on their more immediate needs. However, they could see and already appreciated the lightening of the mood and enhanced freedoms like freedom of travel and new religious tolerance. Approval for the government’s reforming approach seems to be high. 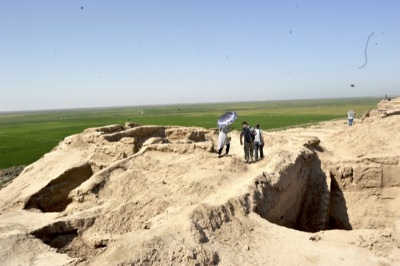 The government has invested heavily into the cultural heritage programme. More than 150 scientists from over 50 countries were invited to a series of conferences held in August and hosted in Tashkent, Termez and Samarkand, along with journalists, museum curators and academics.

“We have only been working on developing tourism for the last two years but we can already see the results,” said Abdukhakimov.

“The number of foreign visitors is up five-fold in the last three years and our ambition is to get to 10 million per year. The government is investing into tourism infrastructure and it will become a major source of jobs and income for the people,” Abdukhakimov concluded.

Belarus economy increasing well managed, but remains vulnerable to external shocks
5 days ago
TURKEY INSIGHT: With the lira through the looking glass, global finance questions whether Erdogan can sell eurobonds
6 days ago
Tajikistan: Coronavirus brings bonanza of aid, but zero accountability
8 days ago
After reopening, Armenian economy continues to struggle
8 days ago
Misery vs death
12 days ago