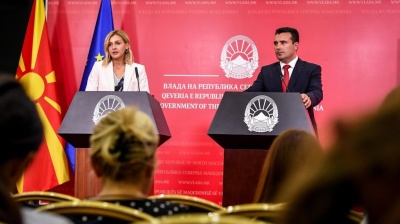 The government of North Macedonia revised the 2019 state budget on September 3, keeping the deficit at 2.5% of GDP.

The revision, the first of this year's budget, will distribute more money for financial support for businesses, to help them create new jobs and pay higher wages in the private sector.

The government allocated €6.5mn to subsidise private companies to increase monthly salaries up to MKD6,000 (€97.6). The measure that will affect 610,000 people employed in the private sector will take effect starting from October and will be implemented in the next three years.

"If a private firm decides to increase wages from MKD600 to MKD6,000  it will be subsidised, meaning that it will pay only personal income tax for employees while the state will pay the pension and health insurance contributions," Zaev said.

The revision envisages cutting capital investments by €50mn to €370mn by the end of 2019.