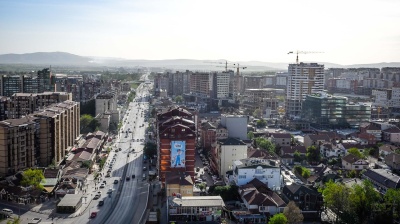 Kosovo’s GDP shrank by a real 7.25% y/y in the fourth quarter of 2020, after contracting 7.25% in the previous quarter, estimated data from the Kosovo Agency of Statistics (KAS) indicated on April 2.

Kosovo’s nominal GDP in current prices amounted to €1.9bn in the fourth quarter, slightly up from €1.88bn a year earlier.

The biggest increase in the fourth quarter was registered in financial and insurance sector (25.26%), manufacturing (10.9%), IT sector (9.1%) as well as mining and quarrying, electricity and water supply (8.37%).

Construction posted the biggest annual drop of 16.05% in the fourth quarter. The agriculture sector also declined, by 0.31% y/y.

In terms of GDP components by expenditure approach, gross capital formation declined by 10.94% y/y, export of services fell by 2.79% while import of services dropped by 3.58% in the fourth quarter.