ISTANBUL BLOG: As cryptocurrency skeletons fall from closets, it's scandal upon scandal in Turkey 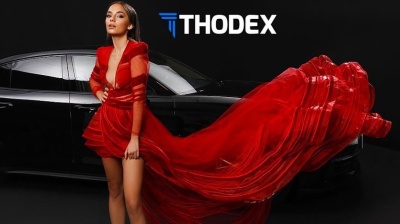 Road to riches, or ruin? The swindler knows many investors can resist everything except temptation.
By Akin Nazli April 25, 2021

Turkey’s yet again back in the world news headlines suffering more reputational damage—the country’s first-ever cryptocurrency scandal broke on April 21 when a crypto exchange, namely Thodex, ceased operations and police put out an international search warrant for its CEO who appeared to have flown to Albania.

Turkey never suffers from a lack of corruption, or various other, scandals, but around 30mn people in the country are going hungry these days and Turks are getting angry over the latest wave of skeletons falling from closets, including allegations that the trade minister Ruhsan Pekcan—dismissed on April 21—favoured her husband in state tenders for a million dollars of disinfectants.

Turkish prosecutors issued a red notice to Interpol for the arrest of Thodex CEO Faruk Fatih Ozer, 27, as reports emerged that he was suspected of disappearing with up to $2bn of investors’ money. Ozer, who launched Thodex in 2017 when he was 23, said in a statement on his company’s Twitter account that the allegations against his enterprise were “baseless” and that he had travelled overseas to meet potential investors.

Stating that he would return to Turkey to co-operate with investigators in a matter of days, Ozer added that Thodex temporarily halted trading on its platform on April 21 while it determined the source of recent “abnormal volatility”.

The Thodex Boy (right in both photos) seen with the interior minister Suleyman Soylu (left) and the foreign minister Mevlut Cavusoglu (left in the second photo). Mert Sancakli (sitting between Ozer and Cavusoglu) is the son of Nationalist Movement Party (MHP) MP Saffet Sancakli. He had a partnership with Ozer in a company called Hoppara.

Kadraj Magazin published photos of celebrities in red fashion in a promotion of the Thodex crypto coin. It asked readers, "Who is your favourite?"

Twitter user Heykel Kafasi responded that "My favourite is Thodex as he will be laughing hard all the way to the bank given that he has collected so many names."

According to Oguz Evren Kilic, a lawyer for Thodex victims who have filed complaints, Thodex had around 390,000 users.

CoinMarketCap determined that Thodex performed $304mn of Dogecoin (DOGE/Turkish lira) transactions in the 24-hour period before it came to a halt.

Police said they detained 62 people in pre-dawn operations in the Thodex investigation on April 23. The suspects were wanted after they “were determined to be in contact with the company”, they said, adding that digital evidence and documents were gathered in a raid on Thodex’s Istanbul offices.

BloombergHT reported that Vebitcoin stated on April 17 that its money transfer transactions were moving slowly due to infrastructure enhancement works.

Vebitcoin was Turkey’s fourth biggest crypto exchange with close to $60mn in daily transaction volume, according to CoinGecko data.

The combined daily transaction volumes on Turkish crypto exchanges were close to $2bn on April 23, up from $1.38bn as of March 24.

It was in the first week of 2021 that Turkey’s daily cryptocurrency transaction volume surpassed $1bn, marking an increase from the $500-600mn seen in the last months of 2020.

In February, a study by the World Economic Fund (WEF) suggested that some 16% of Turks either used or owned cryptocurrencies in 2020. Nigerians topped the list at 32%, followed by Vietnamese at 21% and Filipinos at 20%.

Also on April 23, Paribu, Turkey’s largest crypto exchange with 3.5mn users, said that it was keeping its users’ coins safely in cold wallets.

On April 23, Turkey’s new central bank governor was live on TV for the first time to provide some explanations (that actually explained nothing very much at all) on what happened to the $128bn burnt up by the institution in a failed battle to defend the lira, a mighty balls-up that has left the net FX reserves deep in the red.

Kavcioglu was also asked about “cryptocurrency traffic”, and responded: “There is very serious cryptocurrency traffic. It is unclear when it is coming or going. We don’t know where it’s headed.” Questions on new cryptocurrency regulation were also put to the central bank chief. Infrastructure was on the way, he said; he’d have something to unveil in about two weeks.

Meanwhile, crypto coins piled high have been suffering queasy bouts of gravity all around the world.

On January 11, bne IntelliNews reported: “In 2021 investment plans, institutional investors are also investing in cryptocurrencies as there is nothing left to which they have not allocated money.”

This was not good news for individual investors. The situation appeared to suggest it might be time to change their mindset, take their money and get out while they still could.

In the coming days, keep an eye on how the turmoil on global crypto markets evolves; will this be the ultimate collapse or just one more trap to shake some individuals down.

In 2014, Japan’s Mt. Gox, which caused $400mn worth of losses to users when it bankrupted, became the first high stakes crypto scandal in the world. It was fitting that this honour should have gone to the country of Satoshi Nakamoto, who launched Bitcoin in 2009. It is no coincidence that the Japanese have been in such a hunt for yield given their decades of negative interest rates.

Mt. Gox was followed by Hong Kong’s Mycoin, South Africa’s MTI and South Korea’s CoinUp, estimated to have cost users a billion dollars in all.

As mentioned, Turkey is not a country that suffers from a lack of action when it comes to fraud. Prior to Thodex, the most infamous swindler was Mehmet Aydin (below), known to Turks as “Tosuncuk” (“Sweet tubby”).

Tosuncuk was supposedly on to a world-beater with a mobile gaming app, Farm Bank, based on “native and national” Turkish farming. Users were told that the money they spent on buying virtual animals and farming equipment would be invested in real livestock at farms across Turkey. Police did actually seize some cattle as they went about investigating Tosuncuk in 2018, but very little of the money he amassed is thought to have been spent on what he claimed it would be. Also known for trying to make it big as a rap star named Egoman and for selling glasses on the internet that he claimed showed people naked, Tosuncuk is thought to have thieved more than a billion lira before fleeing to Uruguay.

The godfather of Turkish swindlers is the late Sulun (Pheasant) Osman (below). One of his schemes was selling the Galata Bridge to the gullible.

The first wave of financial fraud in Turkey might be said to have occurred after January, 1980, when the country abruptly switched to the neoliberal economic system. The most famous figure in that first wave was the late “Banker Castelli”, Cevher Ozden.

In 1994, then PM Tansu Ciller, a professor of economics, decided to exert pressure on interest rates. Her re-fangled economic environment saw the emergence of brokerage houses. Nasrullah Ayan, “The Bourse King”, is the subject of an eponymous book.

In 2001, swindler bank owners were cleared out amid a big banking crisis. There is currently only one banking boss in the country who pushes all banks to extend credit lines to whomsoever he so chooses.

The late Selcuk Parsadan also makes it into the halls of infamy with his fraud victims including ex-PM Ciller and former president Suleyman Demirel. Parsadan cooked up some daring cock and bull stories about collecting money for soldiers’ secret operations.

Across the past two decades dominated by the rule of President Recep Tayyip Erdogan and his Justice and Development Party (AKP), frauds have acquired a religious aspect alongside their “native and national” qualification. The swindler perhaps most faithful to this era is “Jet Fadil”, namely Fadil Akgunduz, who pushed an indigenous car project along with many sensational construction “projects”.

There’s another big cheese in Turkey who continues to make capital (political and otherwise) from an “entirely Turkish” car project and dazzling mega construction investments. His name escapes your correspondent for the moment.