INTERVIEW: EBRD says investments in Ukraine are dependent on reforms

The European Bank for Reconstruction and Development (EBRD) is ready to step up its financial support to war-torn Ukraine, but the amount of investment in 2015 will largely depend on the country’s pace of reform and overall macroeconomic situation, Francis Malige, the EBRD’s managing director for Eastern Europe and the Caucasus, tells bne IntelliNews.

Last year, the multinational lender invested up to €1.2bn in 36 public and private sector projects in Ukraine as a response to adverse macroeconomic conditions caused by the pro-Russian rebellion in the Donbas region and geopolitical tensions surrounding the country. This amount of financing was the highest ever total annual investment that the EBRD had made since the start of its operations in Ukraine. In 2013, the lender channeled up to €800mn into the country’s economy. “Our annual investment volume will depend on the progress of the reforms that are already under way, the overall macroeconomic situation and the availability of good projects both in the public and private sectors,” Malige says. “Assuming that the momentum for reform and implementation remains strong, we think we could invest an amount comparable to that of the past two years, on average.”

The EBRD has no lending limits for Ukraine in 2015. Malige underlines that supporters of reform currently have the momentum in Ukraine. However, this momentum is “both precious and fragile”. “In many respects this government is the most professional this country has ever seen, and it has a very tough job. In an extraordinarily difficult context, it has to tackle the legacy of decades of corruption and mismanagement, improve the investment climate, secure significant volumes of external funding, and restructure the existing public debt obligations. We should give this government some credit for its achievements, while continuing to encourage it to accelerate implementation,” Malige says.

The EBRD is insisting on reform of the Ukrainian banking sector with the aim, in particular, of increasing its transparency. In March, amendments to the country’s financial legislation came into force that should also help to prevent corrupt practices by bank owners, in particular, through tightened disclosure requirements for the ownership structure of banks. “We welcome and encourage overdue reforms initiated by the regulator. Landmark legislation was passed recently to improve transparency: it is the first genuine attempt to identify the ultimate beneficiaries of banks as well as their related parties. Full identification of related party businesses must be completed,” Malige says.

He underlines that this was only “the first step, but a very important one”, pointing out that the cleanup and consolidation of the Ukrainian banking system, as well as the implementation of better supervision, are essential for its continuous efficient development. According to Malige, Ukraine’s central bank should be given “free rein and political support” to implement that law fully, “on each and every single bank without forbearance or interference”.

The multinational lender is also insisting on increasing the pace of reform in Ukraine’s ineffective gas sector. Last year, Ukraine agreed a €150mn project to upgrade and repair a key section of the country’s main gas pipeline, Urengoy-Pomary-Uzhgorod. As part of the project, state-run natural gas conglomerate Naftogaz and the government committed to restructuring and modernising the sector, as well as improving transparency and corporate governance within both Naftogaz and its subsidiary Ukrtransgaz.

On April 9, Ukraine’s parliament adopted a law that made it possible to break monopolies in the gas market and opened the door to the division of transit, storage and supply operations. "This law is an important step towards Ukraine's integration with the European Union. It transparently opens our natural gas market to investors, stimulates competition and clearly outlines the functions of the state,” Andriy Kobolyev, chief executive of Naftogaz, said.

The fight against corruption

Kyiv’s anti-corruption measures appear even more important from the perspective of Western donors. “Corruption is universally recognised to be extremely pervasive in Ukraine; it breaks confidence, hollows out the economy and undermines democracy,” Malige says.

As its contribution to tackling corruption, the EBRD alongside other international donors is supporting the establishment of a Business Ombudsman Institution in Ukraine, which was recently headed by Algirdas Semeta, the former European Commissioner for Taxation, Customs, Statistics, Audit and Anti-Fraud.  This newly-created body will be able to request government investigation in cases when a business report makes claims of unfair treatment and corruption.

“We expect the Institution to be fully operational in the second quarter of 2015. The establishment of the Business Ombudsman Institution will not stop corruption. It is, though, an important step, but just the first step, down a very long road,” Malige says.

Anti-corruption measures are also one of the important demands of the International Monetary Fund (IMF), which adopted a four-year $17.5bn support programme for Ukraine earlier this year. According to Malige, this programme is “a great chance and a great challenge” for the country. “First of all, it is a major influence factor on investors’ confidence in Ukraine: it helps stabilise public finances and currency reserves. It also requires deep and far-reaching reforms that are critical to building a successful Ukraine,” he underlines. 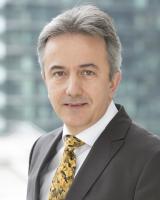