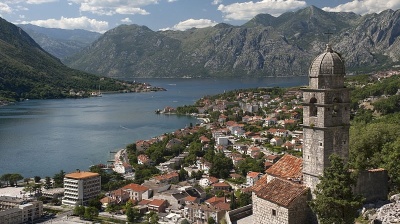 Tiny Montenegro is best known for its stunning Adriatic coastline.
By Denitsa Koseva in Sofia November 29, 2018

While MEPs sent out an encouraging message to Montenegro, four other Western Balkan countries that are hoping to become members of the EU have been urged to meet various criteria in two resolutions adopted by the European Parliament (EP) on November 29.

The six Western Balkan states – Albania, Bosnia & Herzegovina, Kosovo, Macedonia, Montenegro and Serbia – are at different stages on their paths towards EU membership, with Serbia and Montenegro being the most advanced, while neither Bosnia nor Kosovo have candidate status yet.

Montenegro and Serbia are the frontrunners in the region’s EU perspective, and a European Commission strategy published earlier this year proposed 2025 as the accession date for both countries. However, Serbia’s unresolved issues with Kosovo are halting its progress, while the tiny Adriatic country was praised for marking a good progress.

Montenegro was assessed as making efforts towards constructive regional cooperation and good bilateral neighbourly relations, and its border agreement with Kosovo was welcomed. Podgorica was also encouraged that “with strong political will and sustained progress, Montenegro could potentially be ready for EU membership by 2025”.

However, the country must improve media freedom and fight against corruption and organised crime. The same issues have been pointed out in previous resolutions and reports.

Serbia, on the other hand, did not get any endorsement of its potential accession date, but was urged to resolve its ties with Kosovo.

“With all energy focused on adopting and implementing reforms, in particular in the rule of law chapters and on the normalisation of relations with Kosovo, more chapters could be opened in the months to come. The European Parliament stands ready to further support Serbia on its European path,” the statement quoted Igor Soltes, EP rapporteur on Serbia, as saying.

A potential land swap with Kosovo was also pointed out as possible source of issues. This has been under discussion as a potential way to reach a final resolution between Serbia and Kosovo, needed for the two states to progress towards EU integration, but has also faced strong criticism amid concerns about the fate of ethnic minorities in the affected areas and the precedent it could set for territorial demands elsewhere in the region.

“While taking note of the recent debate on possible exchanges of territories between Serbia and Kosovo, MEPs underline that ethnically homogeneous states should not be the objective in the region. They consider any future agreement acceptable only if mutually agreed between Serbia and Kosovo and if it takes into account the overall stability in the region and international law,” the statement noted.

The country was also urged to step up reform efforts on the rule of law, intensify the fight against corruption and organised crime, and continue to reform the public administration to make it more politically neutral.

“Serbia should also be more aligned with the EU’s foreign and security policy, including on Russia, and within the United Nations,” the statement noted.

Relations with Kosovo have worsened recently, after Pristina introduced 100% import tariffs on goods from Serbia and Bosnia, in a politically motivated move. Both Belgrade and Sarajevo have so far refrained from retaliating.

Among the other EU accession candidates, Macedonia was praised for its strong commitment to fully implementing the 2015 EU- and US-brokered Przino Agreement aimed at ending the political crisis in Macedonia. Skopje was also praised for the decision by the parliament to start the constitutional process of implementing the June 17 Prespa agreement with Greece, which opens the door to EU and Nato accession negotiations.

“This agreement sends a much-needed positive signal for stability and reconciliation in the whole Western Balkans region,” the EP noted.

At the same time, the EP called on its authorities to intensify the fight against money laundering and conflicts of interest, to better shield the judiciary from political interference and address remaining rule of law problems

Meanwhile, Hungary was urged to extradite Macedonian ex-prime minister Nikola Gruevski to his home country, who, having been convicted there of abuse of power and sentenced to prison, subsequently fled abroad.

Albania’s steady progress on EU-related reforms was welcomed, with MEPs commending the “significant improvements made by Albania to strengthen its legal and institutional framework as well as the progress achieved in the fight against organised crime”.

However, it also criticised the country’s high level of corruption, the slow pace and inefficiency of the justice system and the fact that rule of law deficiencies and cumbersome regulatory procedures, which continue to deter investment.

Despite that, the resolution has endorsed the path set out by the Council to open EU accession negotiations with Albania in June 2019, provided that the country meets all necessary conditions.

At the same time, the EP noted that Kosovo has fulfilled all criteria for visa liberalisation and that doing this is vital for the country’s further progress towards EU membership.

The country was also urged to resolve issues regarding its “under-financed judiciary, widespread corruption, elements of state capture and undue political influence and problems with due process, which all need to be addressed beyond the progress made on meeting visa liberalisation requirements”.

Violent clashes with police at thousands-strong anti-lockdown protest in Belgrade
5 hours ago
Belarus presidential election to have no outside observers, opposition may united by a single candidate
13 hours ago
US intelligence memo admits there is “no evidence” of Russian payment of bounties to Afghans for killing US soldiers
17 hours ago
The bubonic plague has swapped its rats for marmots in Mongolia where two cases reported
21 hours ago
Romania’s Blue Air goes from flying high to seeking debt restructuring
23 hours ago