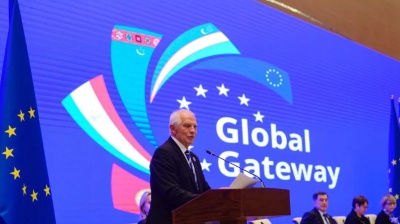 Borrell addressing a connectivity conference in Samarkand on November 18. / @JosepBorrellF/Twitter
By Joanna Lillis for Eurasianet November 21, 2022

As Russia’s war in Ukraine continues to drive a wedge through its relations with its Central Asian partners, top Western officials are beating a path through the region to forge closer alliances and build new trade routes.

On November 17-18 it was the turn of the EU’s top diplomat, who visited Kazakhstan and then headed to Uzbekistan to meet Central Asian foreign ministers and attend a conference to promote new links between Europe and Central Asia.

Josep Borrell, the EU’s high representative for foreign affairs, used the occasion to set out the advantages of closer ties with Europe for Russia’s traditional allies.

“Having connections and options is good. But excessive dependencies and the absence of choice can come at a cost,” he told the EU-Central Asia Connectivity Conference.

That was an obvious, if tacit, reference to Central Asia’s dependency on Russia, though, as Borrell said, it also applies to Europe’s energy security.

“Just as we in Europe are focused on developing our strategic autonomy, so we recognise our partners’ desire to do the same,” he continued.

This is not a zero-sum game, since “we maintain that options are not, and should not be, exclusive.”

“When we talk about EU-Central Asian connectivity, this is not at the expense of other connections. Rather it reinforces and complements those connections as part of a wider network.”

Russia does not see things that way.

Moscow has previously lashed out over closer cooperation between Central Asia and the West, particularly at Kazakhstan, which it perceives as disloyal for not supporting Russia over its war in Ukraine.

Moscow made its displeasure felt again this month after US Assistant Secretary of State Donald Lu visited Central Asia and pledged $25mn to bolster trade routes and attract investment.

Washington was keeping up its “refrain” that “America is capable of becoming an ‘advantageous’ alternative to replace Moscow and Beijing,” sniped Foreign Ministry spokesperson Maria Zakharova.

But Washington’s real desire was to “turn independent countries into obedient satellites,” she complained.

Russia, by contrast, treats Central Asian countries and people “with respect, for the good of their development and economic prosperity,” Zakharova claimed.

Her remarks emphasised how rattled Russia is by its loss of prestige in Central Asia.

The EU has been proactively moving into the gap. Last month European Commission President Charles Michel flew in for a summit-style meeting with Central Asia’s leaders.

The European Commission subsequently signed a deal to tap Kazakhstan – which Michel described as a “crucial partner” for the EU – for supplies of green hydrogen and rare-earth metals.

Borrell was also enthusiastic about the partnership with Kazakhstan as he met President Kassym-Jomart Tokayev in Astana en route to Samarkand.

Indirectly alluding to Astana’s policy on Ukraine, he pointedly thanked Kazakhstan “for its strong commitment in defending the United Nations’ Charter and in particular, the territorial integrity of all countries.”

Uzbekistan is also eager for closer ties with Europe.

“Complex and unpredictable geopolitical processes” highlight the need for “expansion of mutually advantageous partnerships,” President Shavkat Mirziyoyev told the connectivity conference, which was called to “enrich our cooperation with practical programmes and projects.”

Mirziyoyev will visit France next week, his office announced as Borrell flew in. (There may be headwinds to the bonhomie, however, that Russia will be eager to exploit. Reuters, citing Spiegel, reported on November 18 that Tashkent and Berlin have held “crisis talks” in recent weeks over EU sanctions on Russian-Uzbek oligarch Alisher Usmanov and German searches of his properties. Tashkent has reportedly been lobbying Brussels to get the sanctions, related to the war in Ukraine, dropped.) 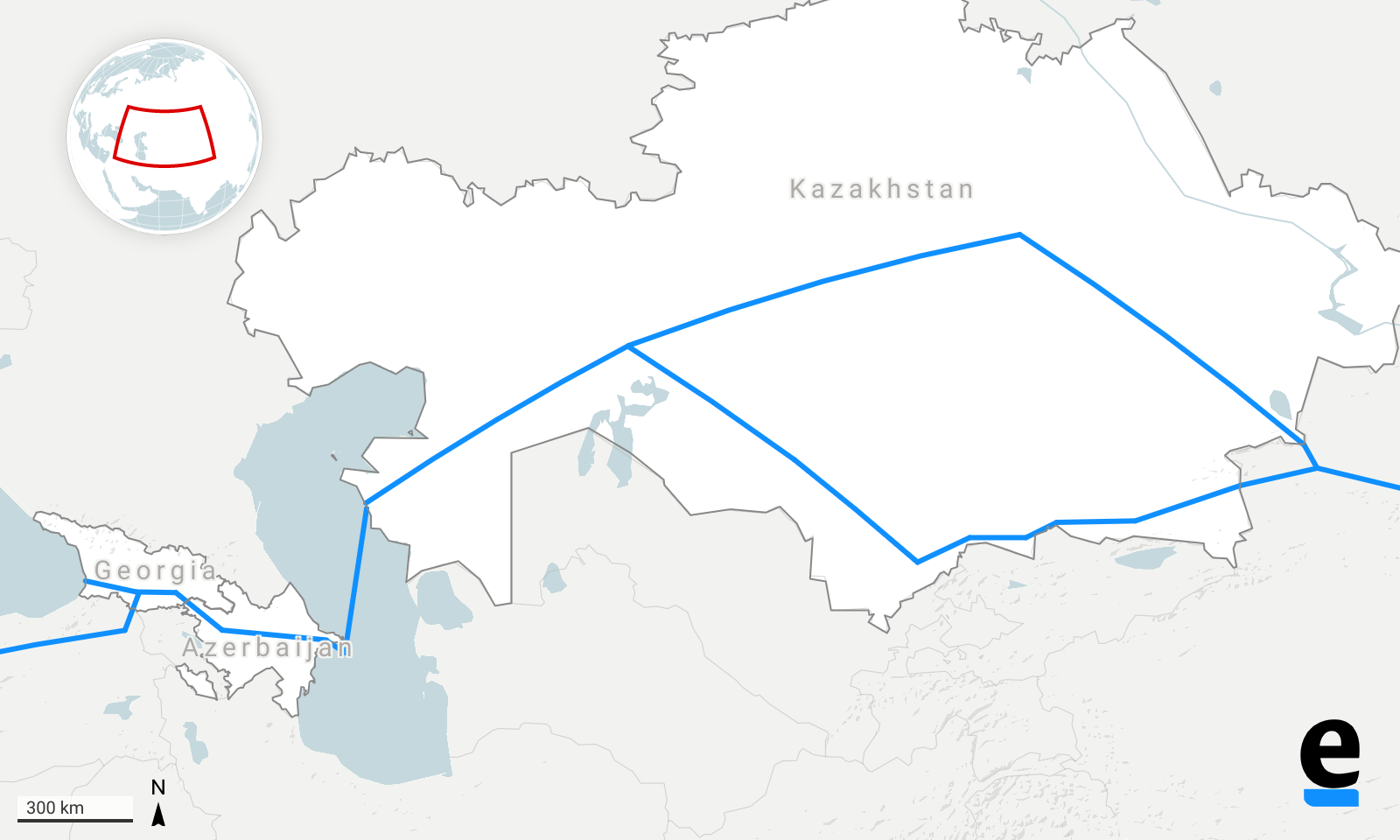 The EU and Central Asia are eager to develop a transport route nicknamed the “Middle Corridor,” bypassing Russia and going across the Caspian Sea, although removing bottlenecks will take several years.

“Europeans and Central Asians are united in the challenges we face,” Borrell said.

The EU has allocated 300mn euros in funding for the region over the next four years, and “our task today is to identify ways in which we can unleash the existing potential and build lasting connections.”