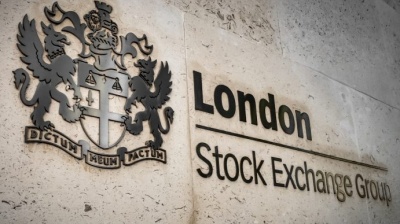 IT major softline is expected to raise around $400m in an IPO next week.
By bne IntelIiNews October 21, 2021

International digital transformation and cybersecurity solution provider Softline has received enough demand to cover its order book on its upcoming IPO a full week before the book is closed, sources close to the deal told bne IntelliNews on October 20.

The company’s CEO and founder Igor Borovikov described Softline in a recent exclusive interview with bne IntelliNews as a consulting group focusing on software asset management in Emerging Markets, information and IT-security, cloud & future datacentre, as well as a digital workplace for corporate clients. It is a Microsoft Global Partner, and serves large clients around the world, including Coca-Cola and Citibank.

Softline’s business originated in Russia but it has spent the last several years expanding globally. And Russian IPOs are booming, making the filling of the order book so quickly for both the London and Moscow exchanges a feather in the company’s cap and underscores the continued big appetite for Russian tech stocks. Softline announced its intention to float on September 30 and will list simultaneously on both markets.

The company said previously the float is expected to raise around $400m, however, as bne IntelliNews reported the owners are hoping to bring in at least $500mn from the listing. The offering will be organised by Credit Suisse, JP Morgan and domestic VTB Capital (VTBC).

Extra funds could be raised in an additional secondary component consisting of the sale of existing shares. It plans to use the proceeds of the offering to fund growth, including through its M&A strategy – Softline has already completed 16 M&A transactions since 2016.

This strategy was developed in conjunction with anchor shareholder DaVinci Capital, which bought into the group four years ago.

“We are the only independent stakeholder and we helped to deRussify it,” says Dennis Fulling, the fund’s managing director, in an exclusive interview with bne IntelliNews. “When we bought in about 80% of its business was Russian, but now it has fallen to around 60%. We helped them with M&A of international companies and now it operates in 55 countries.”

Softline now has a team dedicated to pursuing M&A opportunities to expand its portfolio. The company's strategy, "combines organic expansion and complimentary M&A transactions, enabling us to continue to deliver a full range of IT services to a large and growing market of customers, while strengthening robust and long-standing relationships with an expanding universe of partner vendors,” Borovikov commented when announcing the company’s intention to IPO in September.

Borovikov told bne IntelliNews that international growth was central to the company’s model, with a particular focus on emerging markets.

The company, which started in Russia, but has its headquarters in London and now operates in over 50 countries, previously became one of the few tech players of Russian origin to issue bonds, placing exchange bonds in October and April 2020, as well as in December 2017.

bne IntelliNews has been following the story since 2018, when Softline was among the Russian mid-caps expected to IPO in the next two-three years. The global depository receipts (GDRs) issued in the offering are set at a price range of between $7.50 and $10.50 each.