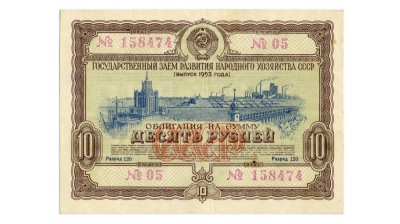 Egypt and Tunisia have both cut deals with the International Monetary Fund (IMF) recently, putting off crises in both countries for the meantime, and recent fears of an EM debt crisis have abated. Food prices are beginning to fall, and that is having a knock-on effect to curb soaring global inflation. Central banks in Central Europe are reaching the end of their tightening cycle after a string of aggressive hikes, and the US Federal Reserve has suggested it will slow the pace of rate hikes now that inflation appears to be peaking in the US.

Forced into action, some of the world’s poor nations have launched talks with the IMF that also reassured investors that default risks are in retreat. Only this week the Ukrainian authorities signed off on a $20bn IMF funding package to help with next year’s estimated $38bn deficit that also clears the way for a new stand-by agreement. The preliminary agreement with the IMF should open a path to a financial lifeline for the war-battered nation next year.

The staff-level agreement between Kyiv and the Washington-based lender is the first step in establishing a new full lending programme, provided the government meets conditions, the IMF said on November 23. The new four-month programme “will provide an anchor for macroeconomic policies and catalyse donor support,” Gavin Gray, who led the IMF mission, said in a statement the same day.

Bond investors have cheered the good news by rushing into the high-yielding bonds that are offering mouth-wateringly good returns. The IMF programmes in Africa and elsewhere, and easing of some of the worst of the macroeconomic problems, have encouraged the more intrepid investors to abandon some of their caution, but Institute of International Finance (IIF) warned in a note that Emerging Markets (EM) markets are not out of the woods yet.

That has not stopped investors snapping up the bonds of some of the world’s poorest countries. Risk premiums were falling at their fastest pace since June 2005 relative to their investment-grade peers in November, according to JPMorgan Chase & Co. data, Bloomberg reported. Ukraine’s debt is one of the winners, along with other beleaguered countries like Pakistan and Ghana.

The bonds of EM issuers have struggled in the face of the surging US bond yields after the Fed began to tighten monetary policy in the face of 30-year high inflation rates and the robust dollar. But in the last month the Fed has signalled that it is taking its foot off the rate-hike accelerator that has encouraged bond traders to revisit the high-yielding EM bonds. That has been coupled with a rebound in commodity prices that promises better cash flows and lowers the chances of default amongst many of the issuers.

The spread on high-yielding sovereign bonds in emerging markets vs US Treasuries has narrowed 108 basis points up until November 15, according to JP Morgan, the biggest monthly drop since the Fed raised rates eight times by a total of 200 basis points in 2005, Bloomberg reports. Average EM bond yields have fallen below 12% in the first half of November, after exceeding 13% in October, according to Pictet Asset Management.

The enthusiasm for high-yielding debt has also benefited from the tailwind of dire predictions of a looming EM debt crisis made in only September that have failed to materialise – except for Sri Lanka. Investors have been stepping through this window of opportunity while it remains open.

Now markets are expected to reopen for new issues from the likes of Serbia, Ukraine, Uzbekistan, Costa Rica and Morocco, which may come to market if yields fall further, according to Bloomberg.

Global debt receded by more than $6.4 trillion in the third quarter to $290 trillion, coming off all-time highs, as global funding conditions tightening rapidly thanks to central bank rate hikes to curb inflation. That has led to borrowers' appetites, and their ability to tap international debt markets, falling significantly this year.

High inflation has helped by inflating away some of the value of countries’ outstanding debt. Inflation has been particularly strong following the surge in commodity prices due to the war in Ukraine. The higher prices have temporarily improved the debt servicing capacity of many borrowers, says IIF: corporate pricing power has supported earnings growth, while sovereigns have benefited from higher consumption tax revenues. Accordingly, the global debt-to-GDP ratio declined for a sixth consecutive quarter in November, to 343% of GDP, IIF reports.

While the Developed Markets (DM) have benefited from inflation’s effect on debt, it has made life harder for EMs. Emerging markets’ debt-to-GDP ratios returned to record highs in the third quarter despite the fall in total debt.

“The debt-reduction impact of the “unexpected” inflation has not been sufficient to curb debt ratios in many emerging markets,” IIF said. “In fact, persistently large budget deficits – coupled with subdued economic growth – have brought the EM debt-to-GDP ratio back to its all-time high of 254%, last seen in the first quarter of 2021. EM government debt topped 65% of GDP in the third quarter, and EM financial sector debt surpassed 40% of GDP as banks accelerated borrowing.”

In anticipation of trouble, a “loss and damage” fund was agreed to during the COP27 climate talks in Egypt last week, to help poorer countries pay for the impacts of climate disaster while highlighting the need to reform international financial institutions (IFIs).

“Although the widening of risk premiums has moderated in recent weeks, the median yield spread [on EM debt] is around 400 basis points higher than a year ago,” IIF said. “In contrast, the upswing in spreads was more limited for investment grade borrowers (though fragmentation concerns have re-emerged in Euro Area sovereign debt markets).”

Many other EMs are still grappling with elevated funding needs in the next three years or large upcoming debt maturities relative to foreign exchange reserves, according to Moody’s Investors Service, including: Ghana, Pakistan, Tunisia, Nigeria, Ethiopia and Kenya.

The IMF projects real GDP growth for the Middle East and North Africa (MENA) region to reach 5% in 2022 before decelerating to 3.6% next year, the funds said in a recent report when the default fears may return. 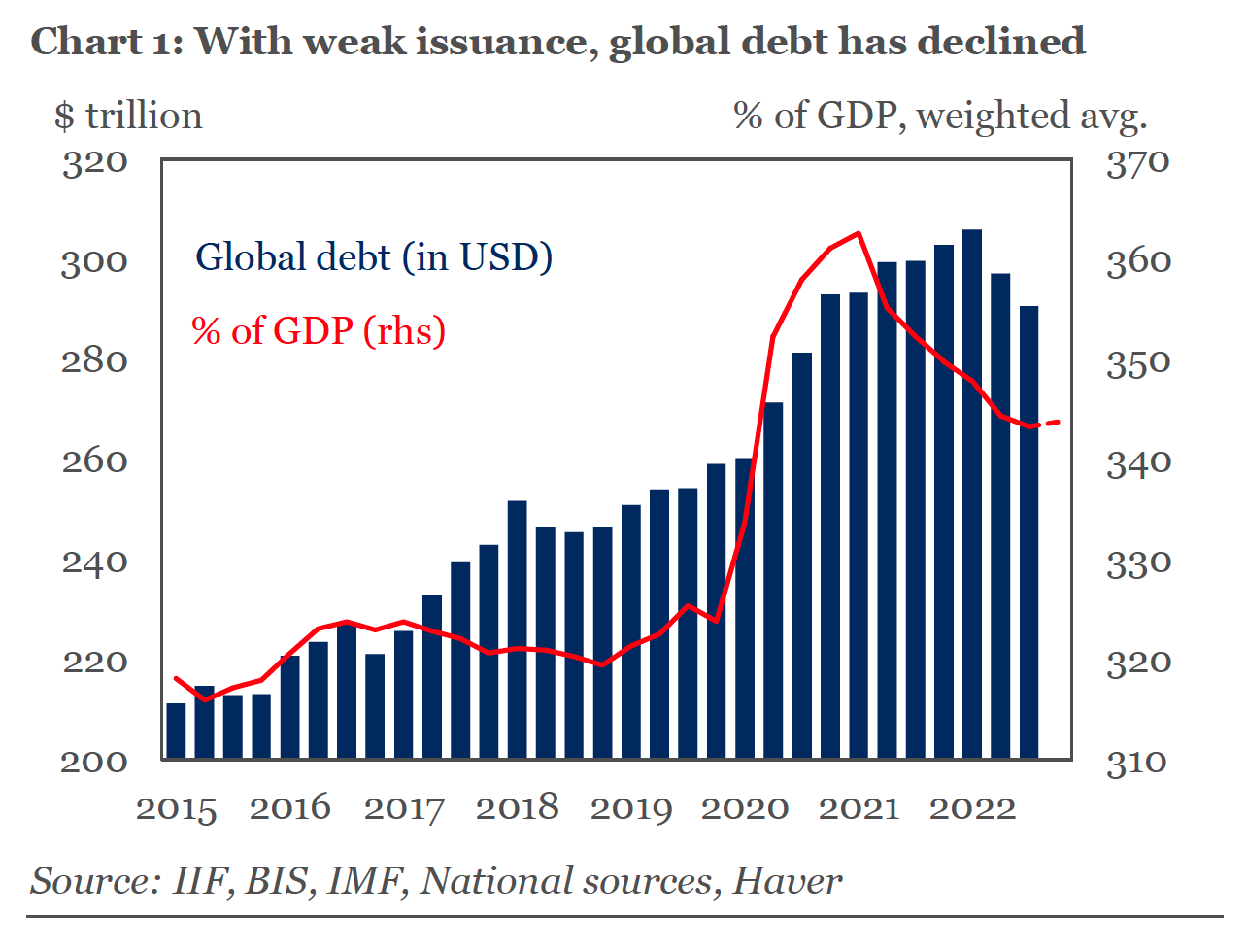 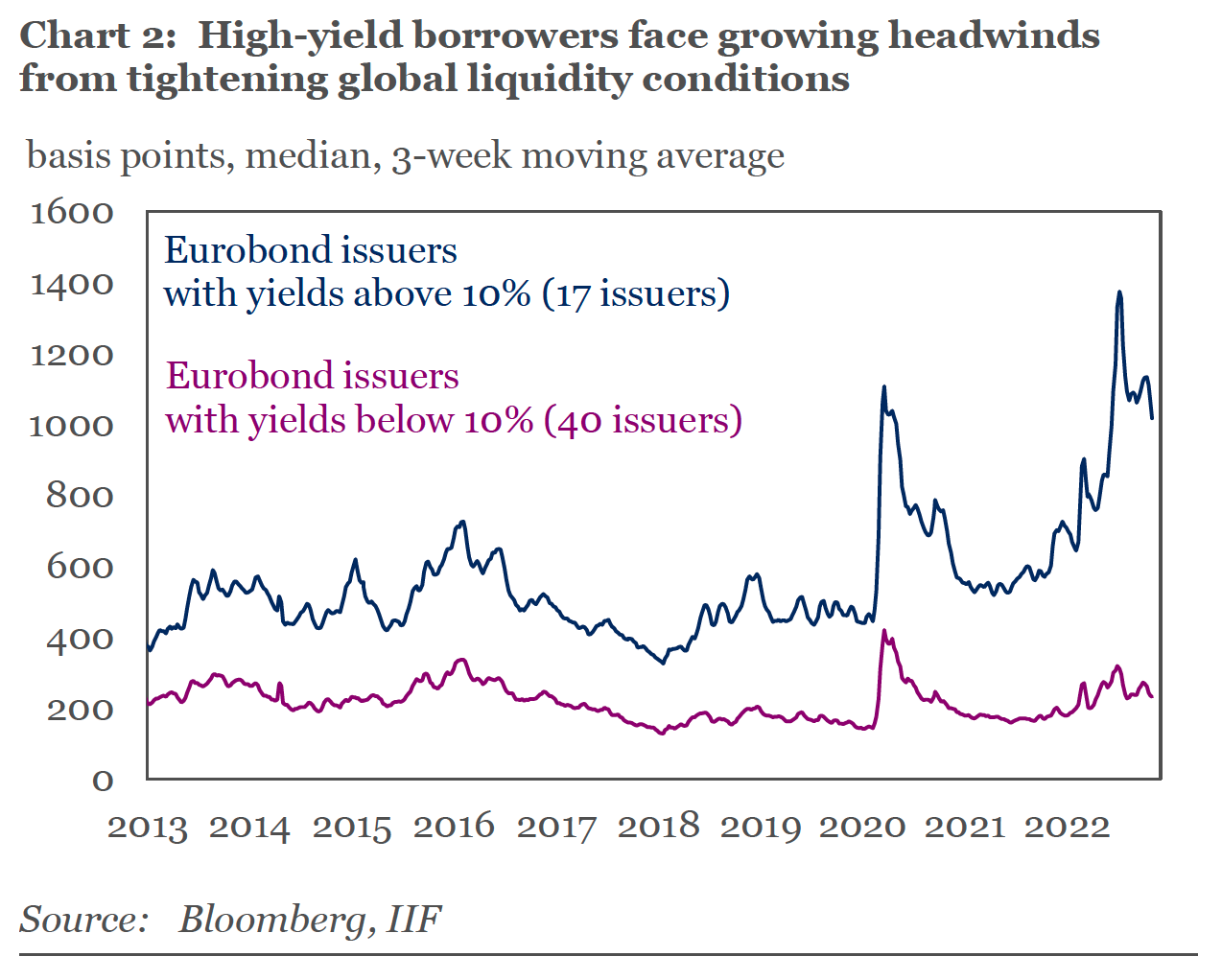 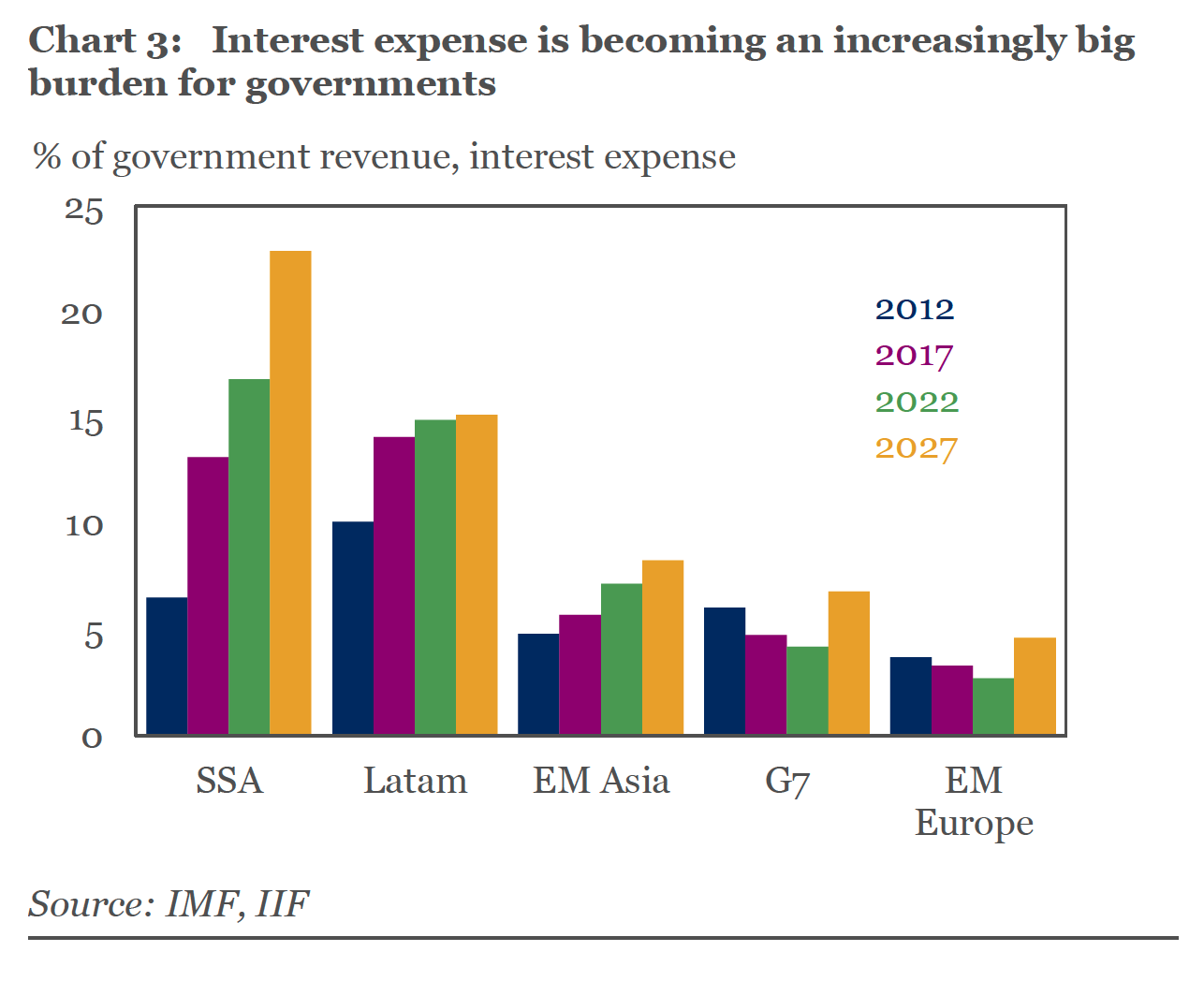 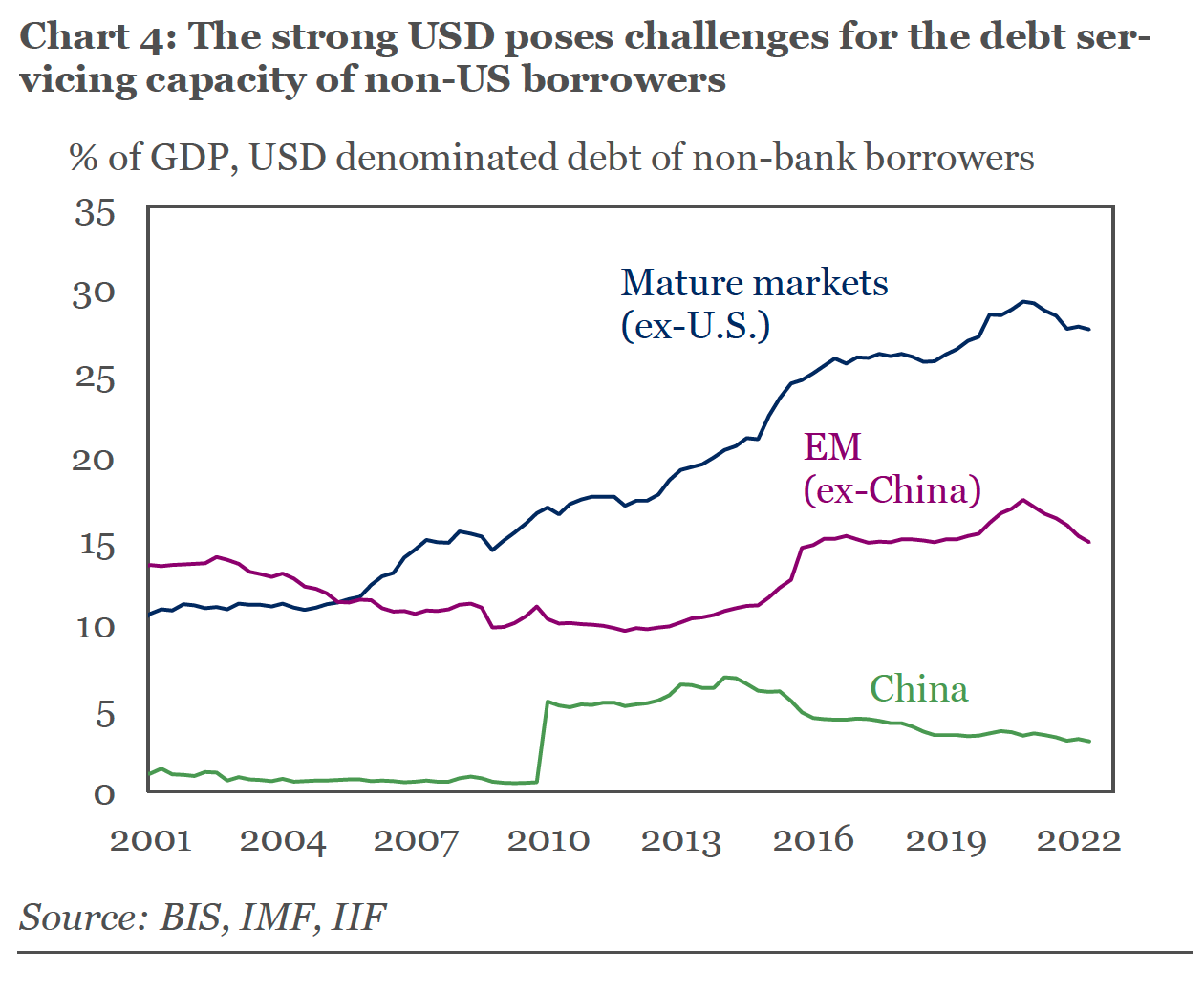 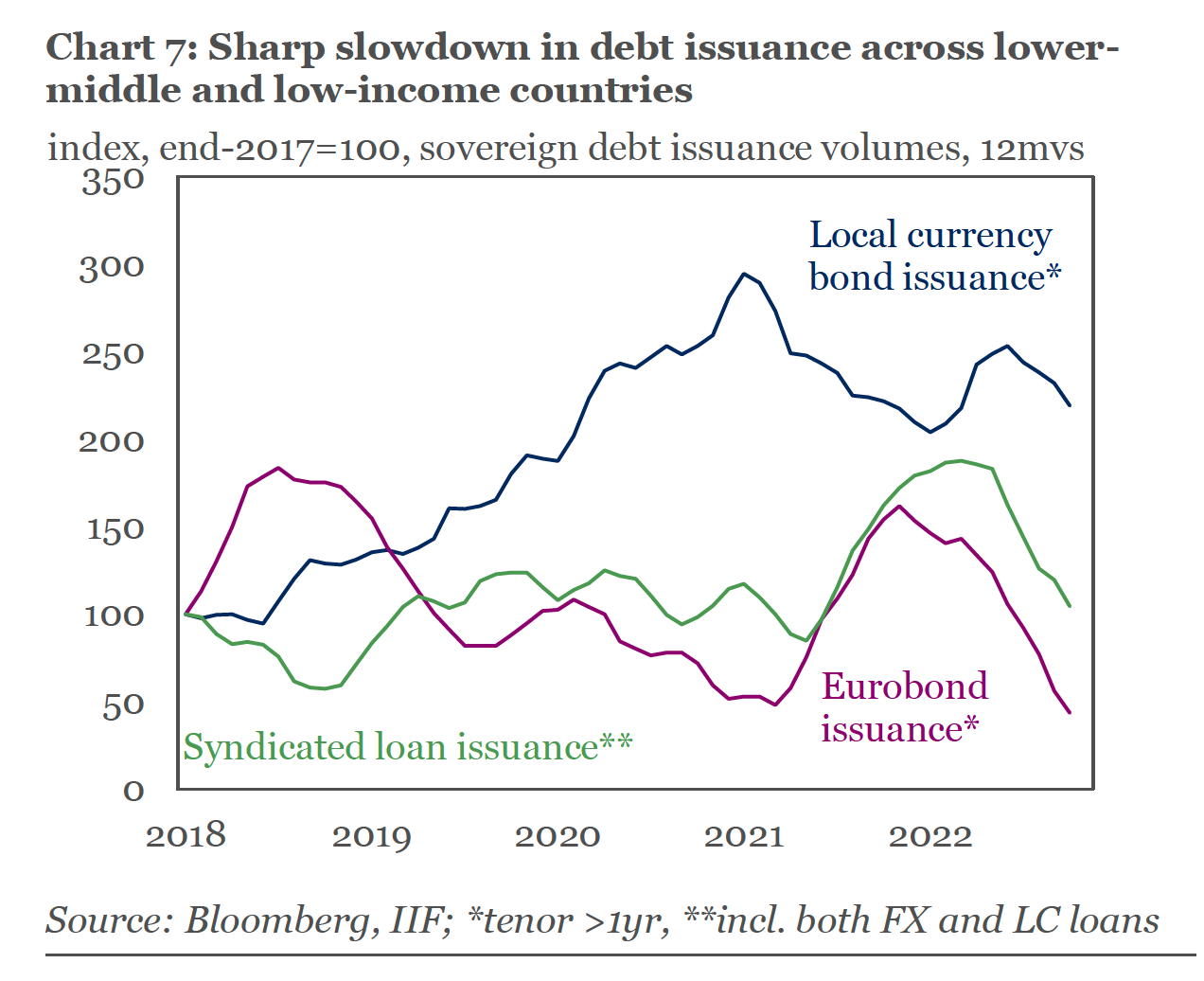 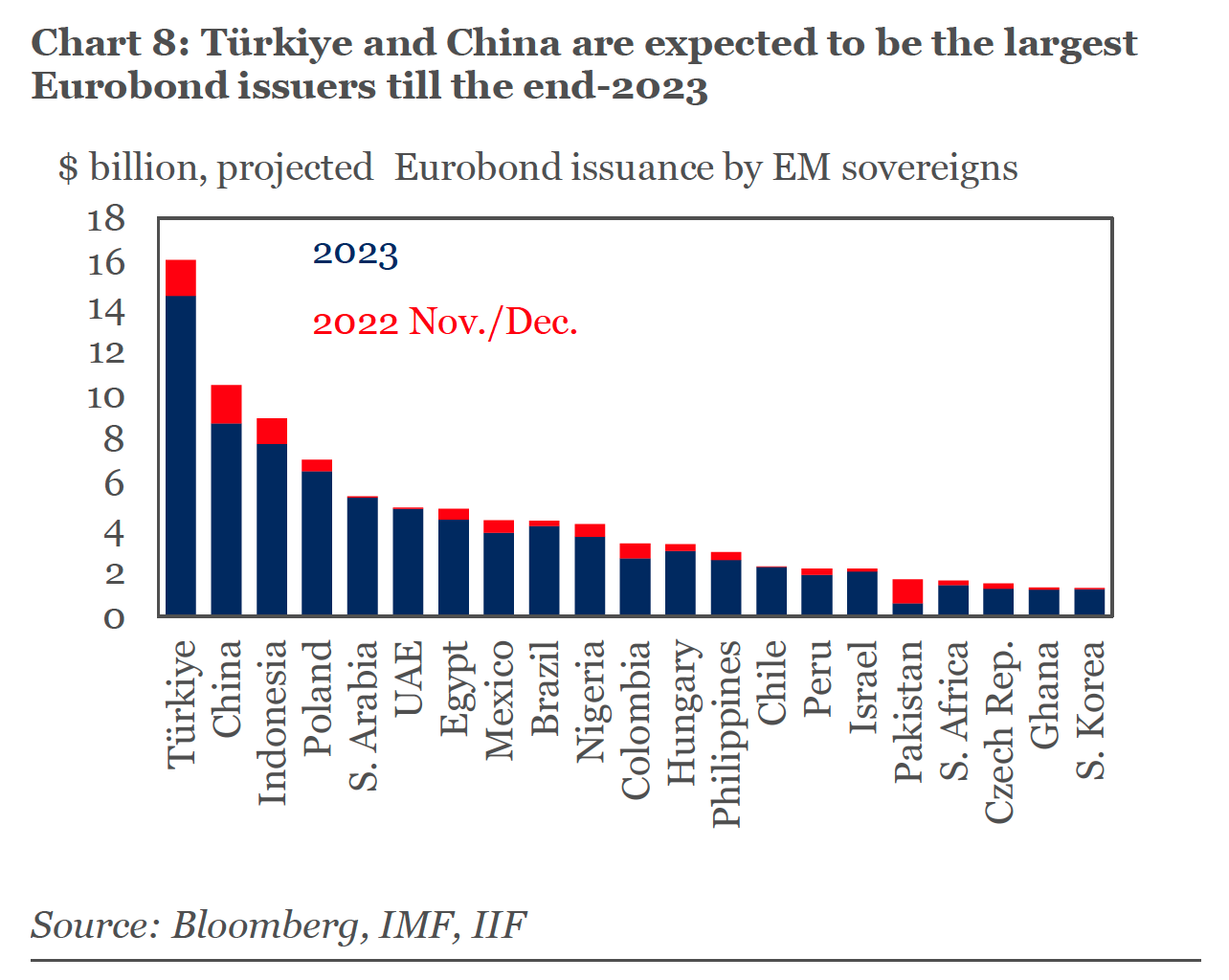 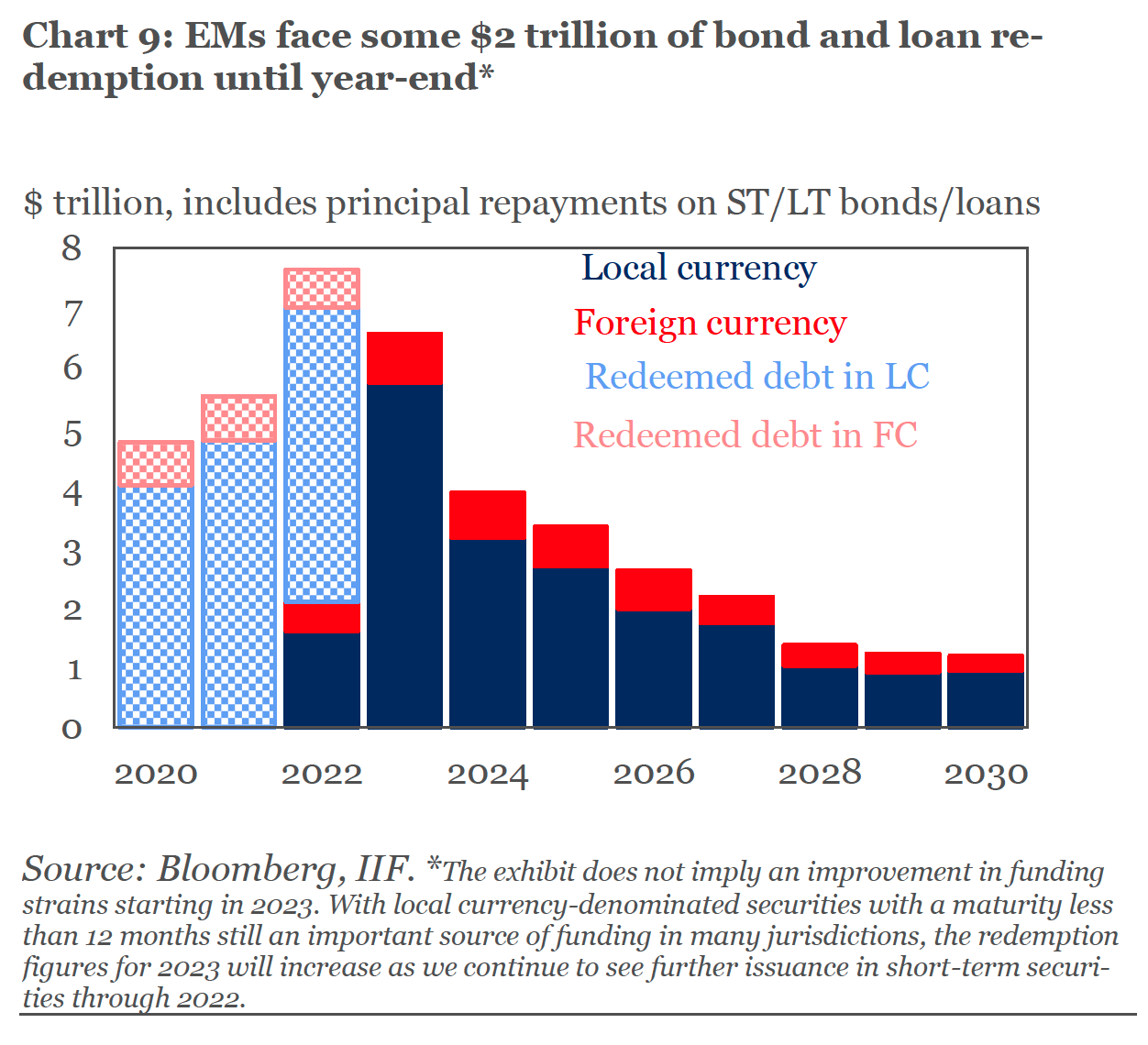 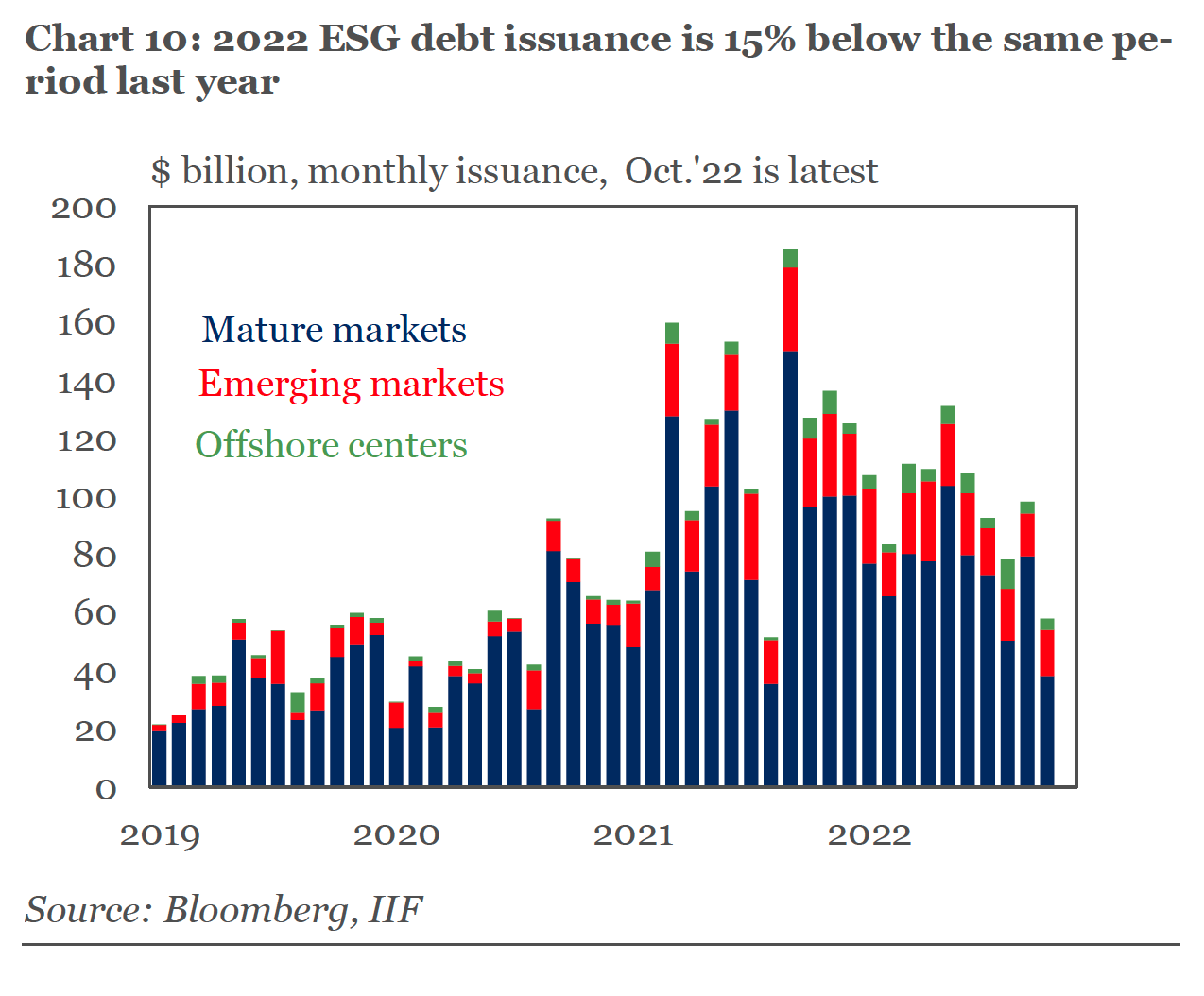 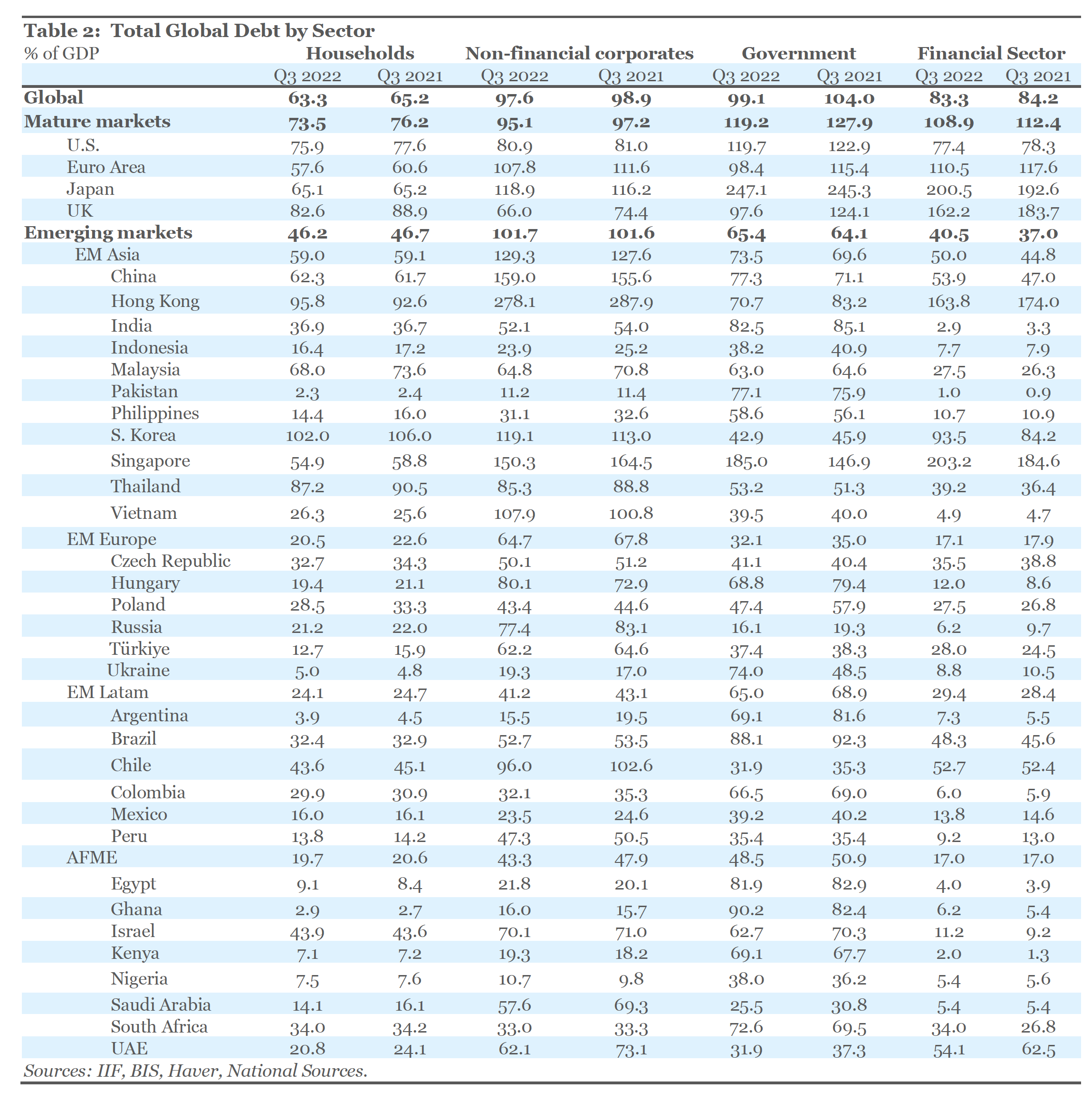 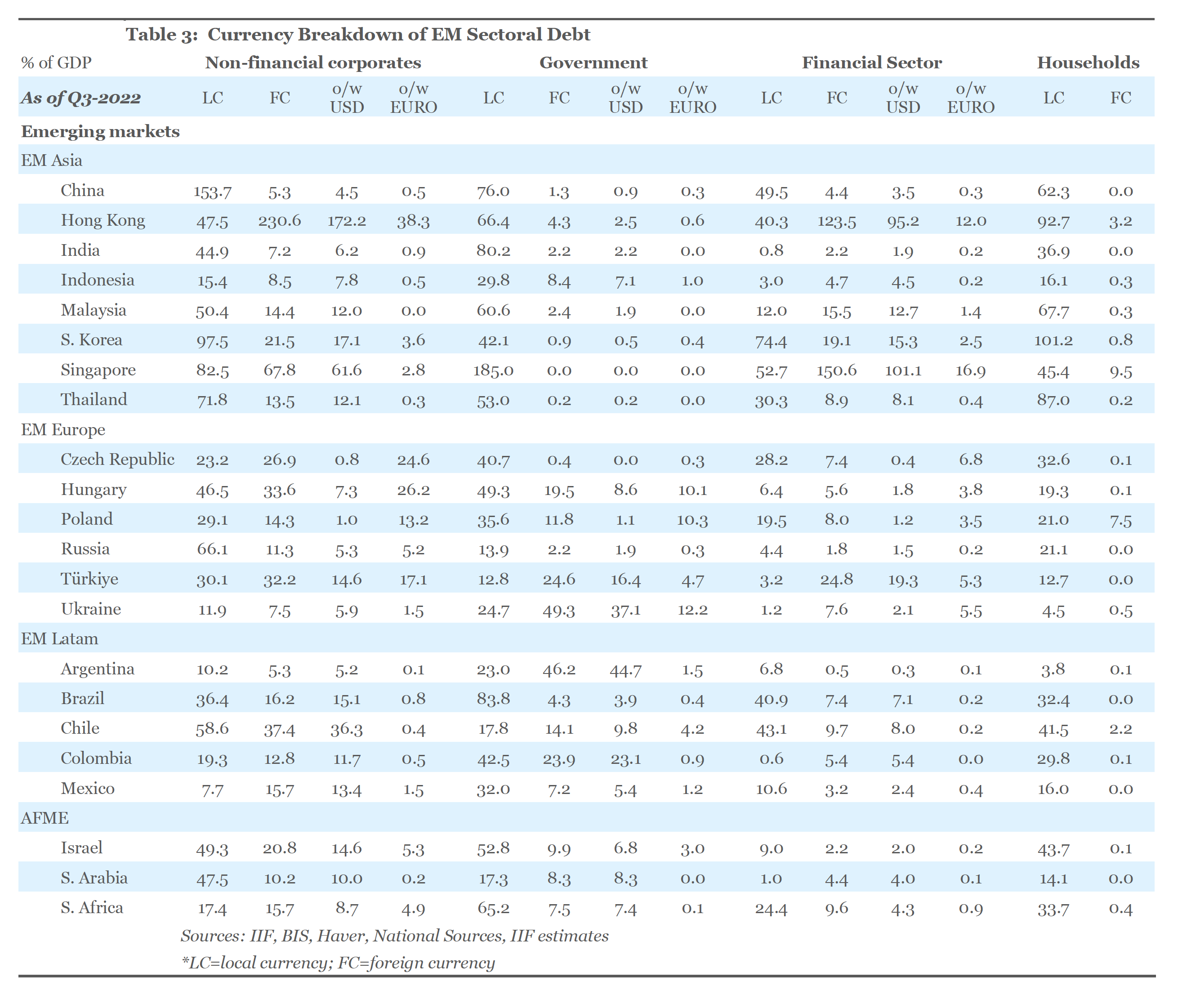