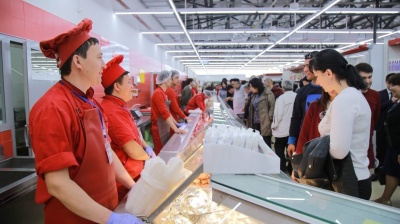 A new Korzinka supermarket opens in Tashkent.
By Clare Nuttall in Tashkent November 28, 2019