Zimin Foundation: Science at the heart of our philanthropic efforts 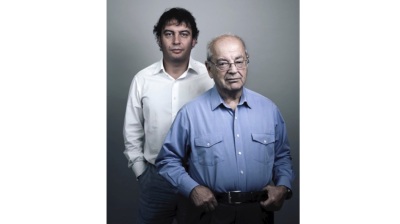 On November 21, some of Russia’s top writers, journalists, academics, scientists and publishers gathered in Moscow for the annual “Enlightenment Prize”. The purpose of the annual Prize is to support Russian scientists and science journalists who can communicate scientific discoveries and research in a clear and enthralling way.

This year’s winners included a medical study by Peter Talentov titled “0.05. Evidence Based Medicine: From Magic to the Search for Immortality”; a captivating story of the Russian Revolution by Yuri Slezkin; and a book about Alchemy during the Soviet Industrialization by Elena Osokina. A new prize, Enlightenment.Digital, was also introduced to reflect the importance of online learning.

Over the years, the Prize has truly transformed scientific literacy in Russia, by encouraging academics and scientists to articulate their work for the general public - thereby supporting the emergence of popular science literature as a promising genre in the Russian publishing market.

The Enlightenment Prize is one of many philanthropic initiatives spearheaded by the Dynasty Foundation in Russia since its inception in 2002. Established by my father, Dr Dmitry Zimin, it constituted the first private non-profit philanthropic foundation in modern Russia and played a crucial role in the development of Russian science and education over the past decades.

Building on my father’s vision to support and popularise science

My father’s own scientific innovations in the field of radio science enabled him to build a mobile telecommunications company from scratch, VimpelCom, eventually employing over 60,000 people worldwide and becoming the first Russian company to be listed on the New York Stock Exchange. Since then, his passion for science has directed him to focus the mission of the Dynasty Foundation on funding projects supporting Russian science, by providing stipends to young biologists, physicists and mathematicians, supporting the training of teachers, and the organisation of science lectures and festivals.

The Dynasty Foundation also supported the translation and publication of science and education books into Russian through the acclaimed Popular Science Library. Indeed, many pundits credit the Dynasty Foundation with convincing a high number of young scientists to remain in the country, instead of choosing to pursue their scientific careers abroad.

Whereas the Dynasty Foundation was closed in 2015, most of its flagship programmes, like the Enlightenment Prize, go on to this day through the Zimin Foundation - a new philanthropic organisation established by my father and I in 2017, with the aim to advance knowledge, science and education globally.

A new model of philanthropy: The Zimin Institutes

Beyond the Foundation’s traditional activities around science popularisation and science education, we are also investing in a new model of philanthropy, through the Zimin Institutes, the deep-tech arm of the Foundation. Formed in 2017, this new venture aligns with an innovative model of philanthropy, also adopted by some of the most prominent tech entrepreneurs in the Silicon Valley, which believes that the key to solving many of the world’s biggest problems lies in interdisciplinary scientific and technological research and innovation that leads to real-world applications.

The Zimin Institutes initiative, therefore, partners with top universities around the world to establish scientific centres of excellence, focused on supporting research with high potential for positive, real-world impact. Researchers at the first Zimin Institute, at Tel Aviv University, have already made ground-breaking scientific discoveries. In April this year, they were able to create the world’s first 3D printed heart using human tissues and vessels. The heart is about the size of a rabbit’s and has been hailed worldwide as a major medical breakthrough.

Encouraged by these initial successes, our aim is to open new institutes in several countries around the world in the coming years. Our vision is to create a global applied science and innovation ecosystem that advances responsible research in the service of humanity. At the Zimin Foundation, we believe in the power of science and we are excited to partnering with like-minded people around the world to effect change for the benefit of all.

Boris Zimin is the co-founder of the Zimin Foundation, a non-for-profit organization established to support education and science.

IFPR BMB Russia: Russia’s inflation caused by greed
21 hours ago
MACRO ADVISORY: The five Stans back in the Game
3 days ago
ING: Hungary's inflation is back to 2012 levels and above 5%
3 days ago
AFC CAPITAL: Uzbekistan’s Capital Markets Development Agency restructured as privatisation looms
3 days ago
10 megatrends shaping emerging Europe in the post-pandemic 2020s
5 days ago