Will Europe's energy supply allow it to make it through the winter? 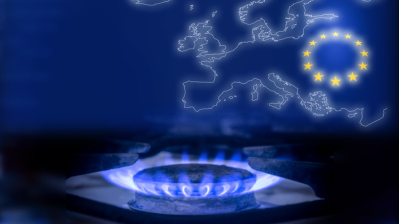 Next year is likely to see a lot less volatility, but prices will still be high, further exacerbating the economic crisis. / bne IntelliNews
By bne IntelliNews October 20, 2022

Europe has filled its gas storage facilities to close to 95% of capacity, and while gas prices are still very high, they are substantially down from previous spikes. How the continent’s energy system will fare this winter, however, will depend on a number of factors – many of which are highly unpredictable.

To name the biggest factor first, it will depend on how severe the winter weather proves to be, which is very hard to predict. Not only would a cold winter increase the need for heating; a low-precipitation winter would result in low hydroelectric power generation, and a still winter would lead to less wind power output. Regardless of the weather, there is then the uncertainty about how effectively France can resolve its nuclear outages. A union strike currently underway that has affected nearly a third of France’s nuclear reactors has not helped matters, delaying important maintenance work.

Then there is the outlook for natural gas supply into Europe. The upside for Russian supply is now very limited, as the suspected sabotage at the Nord Stream 1  and 2 pipelines means that at least three of the four pipeline strings will be out of service for months, if not longer. Already, Russian gas supply is under 20% of the level in 2021.

There is, however, a downside for Russian gas. Moscow could cut off deliveries entirely to apply further geopolitical pressure on Europe. Or the fresh dispute between Ukraine and Russia over transit payments could heat up. With Nord Stream offline, and the Yamal-Europe pipeline rendered inoperable by sanctions, the Ukrainian transit system and the smaller TurkStream are the only routes left for Russian gas. If TurkStream were left open, which seems likely, Europe would be left with less than 10% of the gas that it received from Russia last year.

Meanwhile, there are limited prospects for increased supply from North Africa in the near future, and only small incremental volumes potentially available from Azerbaijan and Norway. The giant Groningen field in the Netherlands could provide as much as 15-20bn cubic metres per year of gas, but so far the Dutch government has ruled out ramping up production because of the risk of causing earthquakes.

A lot of hope has therefore been invested in LNG, in terms of how much extra supply can be brought on stream and how much volume can be diverted away from Asian markets. For the time being Chinese LNG demand remains low, because of a slowdown in industry, with the country on track for its biggest decline in LNG imports in history this year. That has eased pressure on European supply so far, and Chinese importers have even been reselling contracted volumes to Europe. But the situation could easily change. And then there is the risk of supply disruptions, like the one that occurred at the Freeport LNG plant in Texas earlier this year.

One must also consider the demand side of the equation. High gas and power prices have led to significant demand destruction already – at a great cost to industry particularly in Germany. The European Commission has been trying to co-ordinate reductions so no sector suffers too greatly.

Natural gas and power demand are extrinsically linked – gas-fired power plants accounted for a fifth of Europe’s generation mix in 2021. And so in order to reduce demand for the former, demand for the latter must also be cut. But while the European Commission is targeting a voluntary 15% cut in gas demand over the August 2022 to March 2023 period, it has only proposed a voluntary reduction of 10% in gross electricity consumption, as well as a mandatory target for cutting electricity usage by 5% during peak hours. It may well be prudent to expand these targets, to avoid the risk of supply shortages, and national governments must follow the same course.

There also needs to be an increased focus on energy efficiency – getting the same result for lower consumption – but also energy conservation – avoiding energy use when it is not vital. For example, such measures include reducing lighting and lowering thermostats in public buildings and closing non-essential infrastructure. Households are conserving energy anyway, regardless of what instructions governments make, because of high prices.

Governments must also take a more pragmatic approach to expanding the use of alternative fuels and energy sources to gas wherever possible. That means Germany delaying plans to close down its remaining nuclear power plants (NPPs) at the end of this year. It also means burning more coal and oil, despite the environmental cost. Failure to take such steps will further worsen the coming recession, making it harder for countries to invest in decarbonisation further down the line.

This winter is not the last

Europe must also prepare for next winter as well as this one. Europe will make it through this winter with the amount of gas that it has accumulated in storage, but volumes will likely be heavily depleted. If for example, Europe leaves this winter with its storage facilities filled to only 20%, it will have to inject some 70 bcm of gas to reach 90% utilisation by next winter.

Prices so far have been high but also very volatile. With unreliable Russian supply already at an all-time low, next year is likely to see a lot less volatility, but prices will still be high, further exacerbating the economic crisis.

And not much extra LNG supply will come online in the meantime, or beyond next year.  New liquefaction plants coming online in the next few years are mainly small in scale, save for Russia’s Arctic LNG-2 plant, officially due to start up in 2023-2024. But sanctions have made the outlook for that project very unclear. Meanwhile, large-scale plants such as North Field East in Qatar, Golden Pass, Plaquemines and Corpus Christi Stage 3 in the US, and Canada LNG, are not expected to be operational until 2025 or later.

OUTLOOK 2023: Ukraine
7 hours ago
OUTLOOK 2023: Russia
7 hours ago
West prepares to impose price caps on Russian petroleum products
16 hours ago
M&A in Emerging Europe fell by 20% to €32.93bn in 2022
1 day ago
Italy pushes for investments into Western Balkan strategic sectors
1 day ago