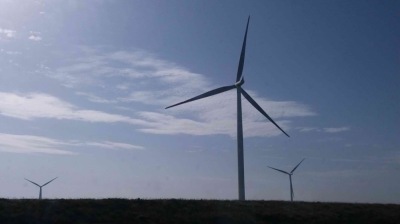 Rezolv Energy has acquired the late-stage development rights to a 1GW PV park project in the western part of the country at Arad from Romanian green energy developer Monsson, Monsson and Rezolv announced in a joint statement on November 1. The project is planned to be the largest of this kind in Europe.

Other investors are also accumulating portfolios of PV projects in Romania, most likely encouraged by a contracts for difference (CfD) scheme reportedly planned by the Romanian government for next year.

The construction works at the giant 1GW PF park will begin by June 2023 and the park will start producing in 2025 when it is planned to cover the energy needs of some 1mn people.

At its launch in August, Rezolv, which is backed by the British investment fund Actis, announced that it signed similar agreements for the development of two wind projects in Romania with a combined capacity of 1GW.

In partnership with Low Carbon, another UK-based renewable energy company, Rezolv will develop a 450MW wind farm located in Buzau (Vis Viva), to be the second largest in the country behind that in Fântânele-Cogealac.

The Parau EPC agreement was signed with Shanghai Electric Group and the Oradea contract was made with the Chintec Group.

The developer currently has a 1.5GW solar pipeline in Romania, including the largest (at that time) solar project in the country which it acquired in November 2021: a 155MW ready-to-build project developed in Ratesti, Arges county, by the real estate developer Portland Trust. In February, Econergy secured more than €200mnn to support the construction of its Eastern European project pipeline, specifically in Romania and Poland.

The Romanian government together with the European Bank for Reconstruction and Development (EBRD) will reportedly implement a CfD scheme to support investments in solar and onshore wind projects, according to PV Tech magazine.

Although the details are not yet inked, the CfD scheme under development could target up to 3.5 GW of solar PV and onshore wind by the end of 2024, according to the magazine.

This framework is expected to be completed by Q4 2022. The first auction would take place at the end of 2023 for 1.5GW of installed capacity, with the remaining 2GW to be auctioned by Q2 2024.

The extent to which the Romanian government is prepared to fund the scheme has not been disclosed, but based on previous consultations held in 2019, it has been suggested that the size of the subsidy for this mechanism would be around €125mn per year.