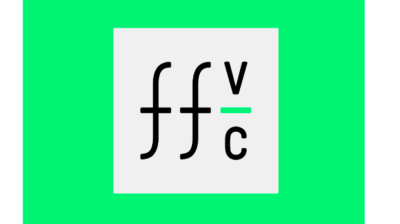 A leading US VC fund has set up a vehicle to exclusively invest into Ukrainian startups. / bne IntelliNews
By East West Digital News in Kyiv September 25, 2022

Earlier this month ffVC, an international VC firm comprised of several funds in the US and Europe, announced the launch of a new fund exclusively dedicated to Ukrainian founders and startups, East West Digital News reports.

Christened ‘ff Blue & Yellow Heritage Fund,’ this fund will “invest in startups led by Ukrainian founders, startups relocated from Ukraine and startups that employ Ukrainian refugees.” Investments will be made in early stage (pre-Series B) funding rounds.

“While the decision to launch a separate fund to invest exclusively in Ukrainian companies was informed by the [Russian] invasion, it is not rooted in charity,” says ffVC.

Since the Russian invasion began in February 2022, investment in the region dropped off, concedes ffVC, but “where others see risk, we see opportunity.” Not only will the new fund aim “to fill the current funding void”; it will also “help talented teams grow and become large successful international companies.”

“Ukraine has a storied tradition of world-class innovation and investment success, including the invention of the harddrive, the market leading software/IT development platform (Gitlab) and messaging platforms that billions use every month (WhatsApp),” argues ffVC.

Supported by a large number of graduates with degrees in technology (“more than in most European countries”), Ukraine’s innovation potential was recently illustrated by the emergence of several unicorns founded by Ukrainian entrepreneurs. Meanwhile, a strong R&D sector has emerged in the country, involving “more than 100 major tech companies, including Google, Samsung, Snap, Oracle, Nvidia, Lyft and Ring.” ffVC’s Ukrainian venture partner Denys Gurak was onboarded to “deepen ties with the local VC and entrepreneurial ecosystems” with the support of Ukraine’s Ministry of Digital Transformation.

“The IT sphere has become one of the few that continues to steadily fill the Ukrainian state budget, despite the full-scale invasion,” Mykhailo Fedorov, Vice Prime Minister and Minister of Digital Transformation, was quoted as saying.

“Tech companies […] will become the future recovery of our country. ffVC’s Blue and Yellow Heritage Fund will play an important role in [supporting them]. It will invest in our startups and specialists when it is most needed.”

Founded in 2008 and based in New York City, ffVC has nearly $300mn under management. It claims an “active portfolio of 90+ global companies generating over $15bn of market value.” The ffVC funds not only provide seed funding; the firm says they actively support entrepreneurs in further developments and later-stage fundraising efforts.

ffVC’s first investment in a Ukrainian startup was agreed in late 2019, as the fund led a seed round for Respeecher, the maker of a leading voice-cloning software.

In 2020, soon after establishing an office in Warsaw, Poland, ffVC launched its first CEE-focused fund, ff Tech and Gaming, in partnership with local industry players and state institutions. This fund has invested so far in 14 companies in the region “while connecting [the] founders to the US under a one-team approach.”